Today is our wedding anniversary. Many couples would go somewhere warm and romantic without the “kids” to celebrate. But what did we do??? Yesterday we drove north to New Hampshire so that Aiden could see snow for the first time. The Cape has not had any snow so far this winter and as usual New Hampshire has had several storms. Timing is everything and as we crossed into NH we drove into a snowstorm. This left several inches of fresh snow on the ground and it turns out Aiden LOVES the snow.

We arrived in Lincoln at dusk and took the dogs right out to see Aiden’s reaction to the snow. 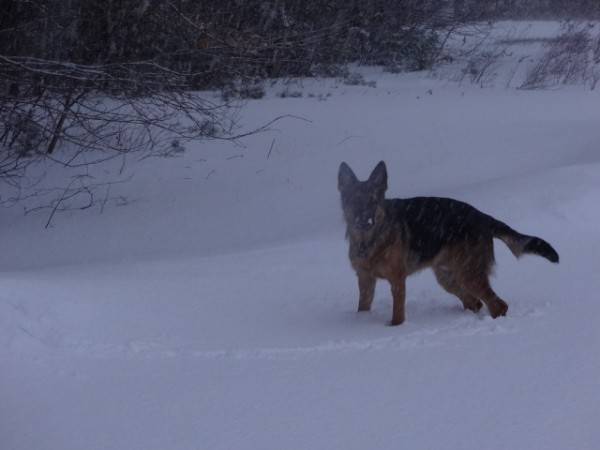 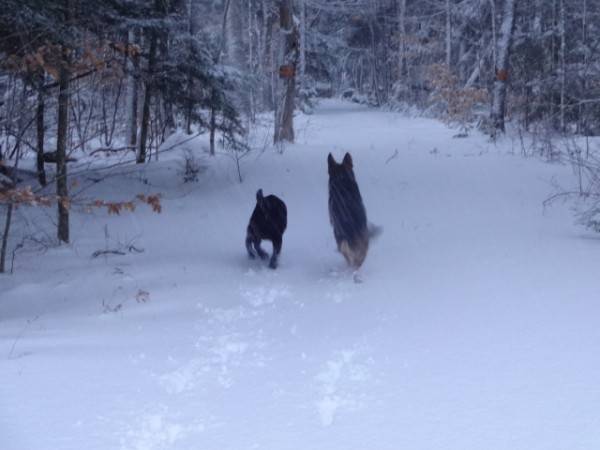 Hey, this white “sand” is cold and wet! 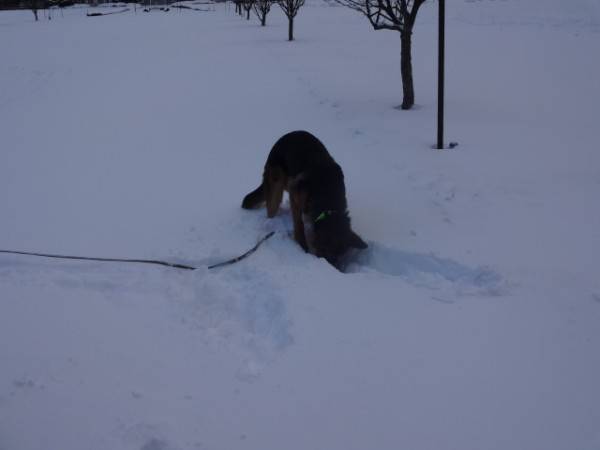 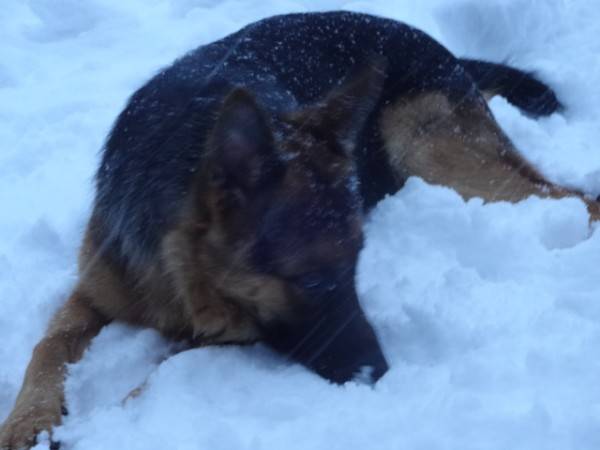 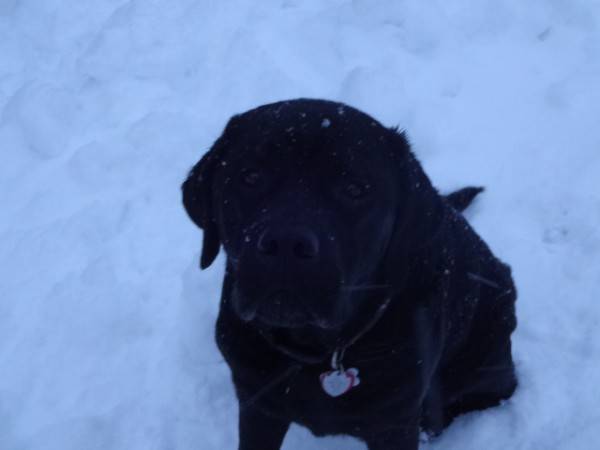 Today the sun came out and it was a beautiful, cold winter wonderland. We drove across the  Kancamagus Highway (a 34 mile scenic highway that stretches from Lincoln to Conway) to North Conway where we took the boys on a train ride! They were both very well-behaved. They socialized with people on the platform, climbed the steps onto the train without much fuss and let loads of kids pat them while we were waiting for the train to depart. They were fine with the movement of the train, the noises of the wheels on the tracks and the whistles etc. 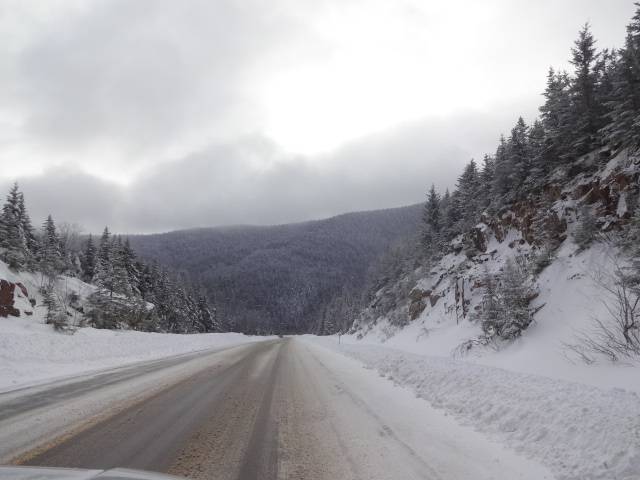 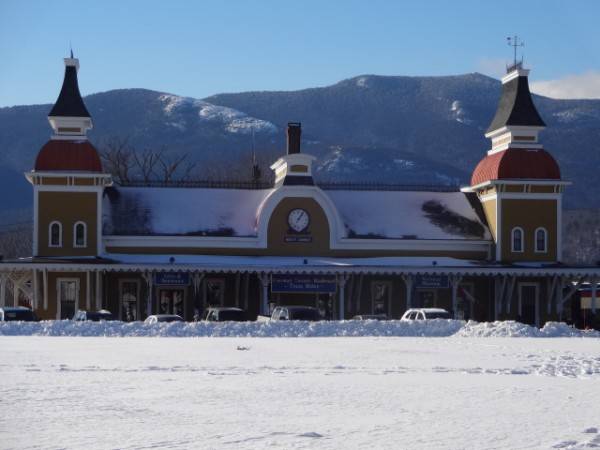 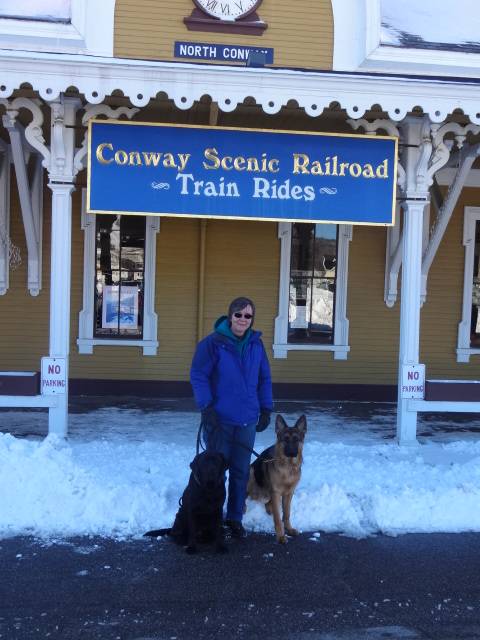 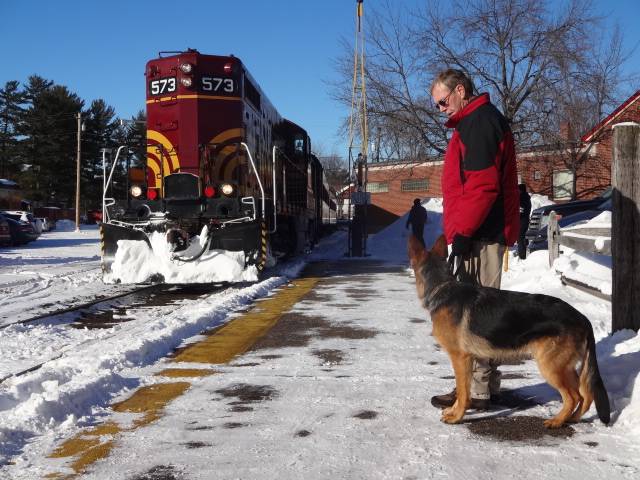 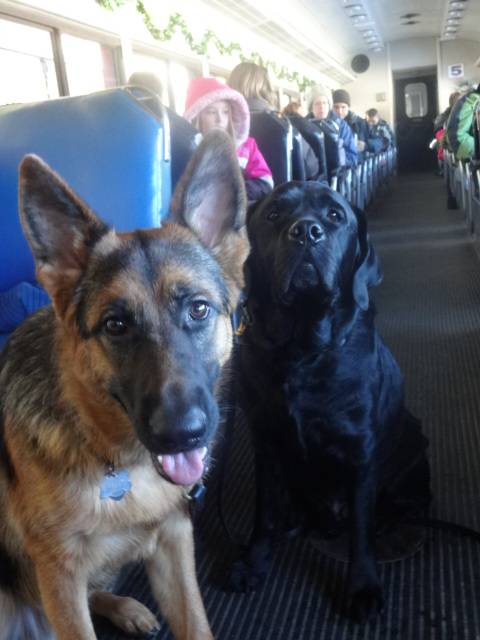 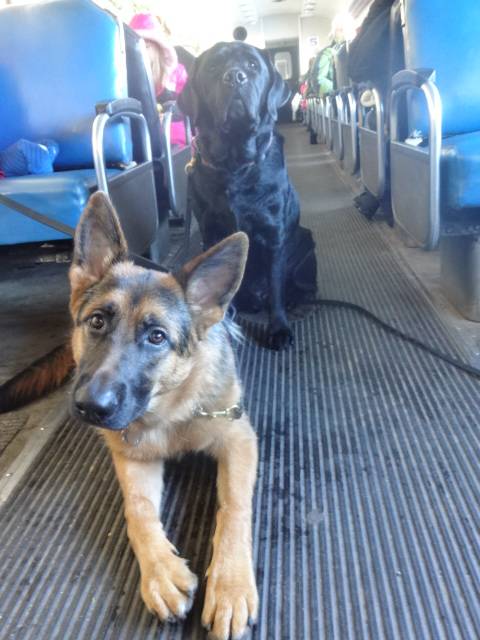 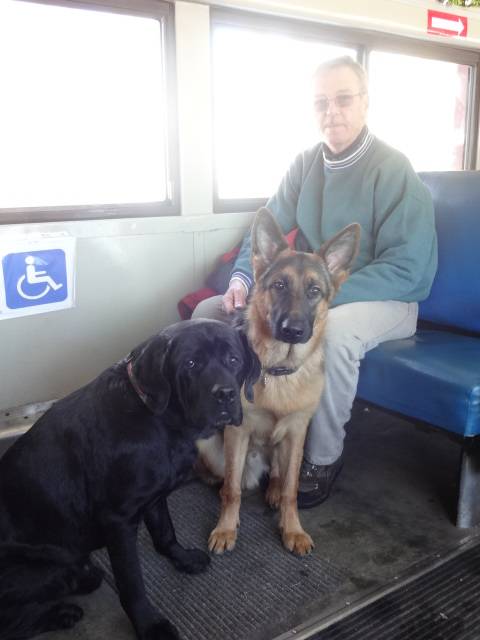 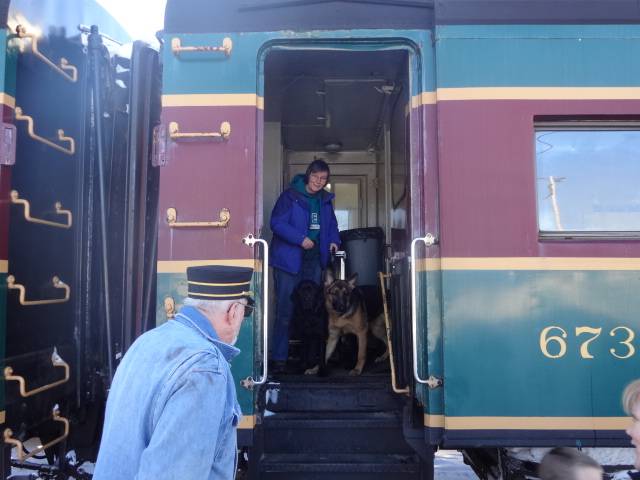 After the train ride we took the dogs to a large school field where it was safe to let Aiden off leash to run and play in the snow. He had a blast. 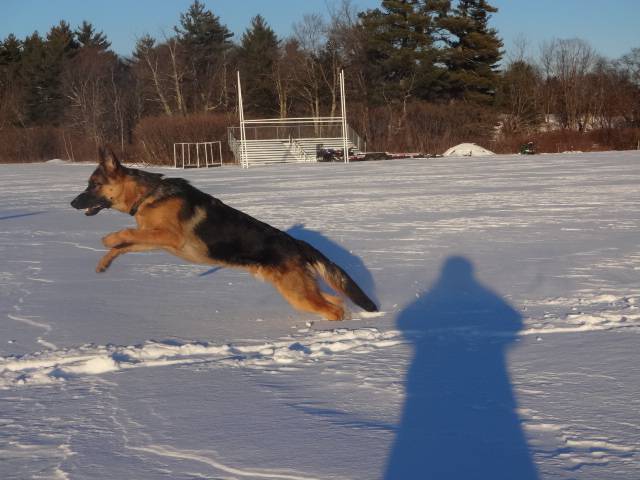 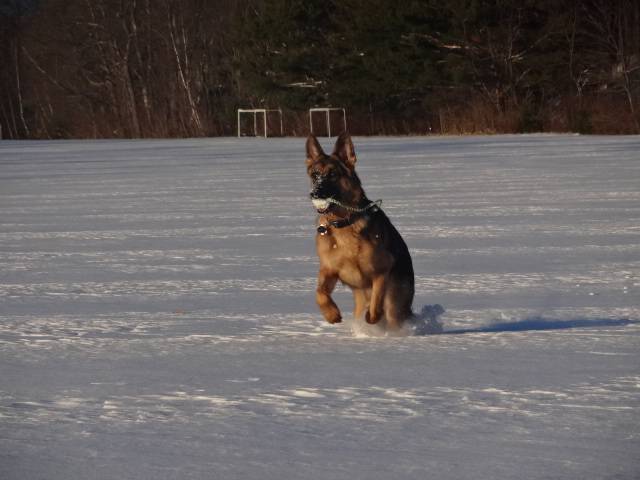 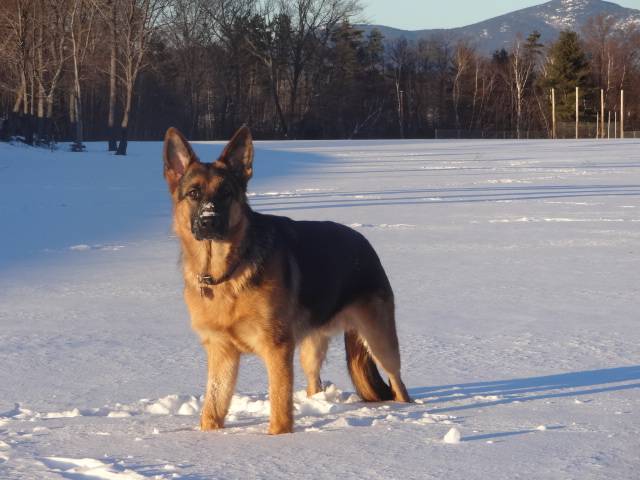 Lynda,
Happy Anniversary! What a pretty part of the country. Snow, trains, and finding their balls in the deep snow, and even kids! What an adventure for your boys. Looks like everyone had a grrrreat time.
Thanks for sharing with us!

Happy Anniversary Guys! It sure looks like you are all having a great time.

Isn’t it so much fun watching them play in the snow and especially to see Aiden’s first reaction?

Of course, Dylan is probably thinking I’ve seen this cold white stuff so many times before, I’ll show you how to get through it. The shot of them running together seems to say “No need to run all the time little brother, this stuff wears you out quickly!”

Happy Anniversary Lynda and Jack. I cannot think of a better way to spend it. Thanks for the great photo’s.

Happy anniversary! What a great way to spend the day. Just more positive proof that you guys are excellent dog parents. Awesome pix!

Happy anniversary!! YAY!!! You guys have such awesome adventures 🙂

Happy Anniversary Lynda & Jack!
Can you adopt me? Your adventures are so cool. 😉

Happy Anniversary to you. I love how you are always taking the boys on such fun times. Dylan always looks like such a distinguished gentleman. Aidenlooks like he enjoyed his 1st snow.

Happy anniversary! These pictures are so beautiful. Looks like everyone had a lot of fun. I love the shot of Aiden leaping into the air.

Happy Anniversary…what a perfect day! I love it, Aiden looks they he is having a real blast…I just wish I could read Dylan’s mind in those pictures:) Have a Happy Happy New Year!!

I want to celebrate your next anniversary with you! Happy Anniversary and I hope 2013 is a wonderful year for you all.