Each year at Thanksgiving we head out to Springfield, MA to the “Greatest Show on Dirt”, the Thanksgiving Agility Cluster.

This year was O’Connor’s first Cluster (not as a competitor), he tagged along to support his dad, Aiden! This is a very large, busy, noisy four ring agility trial, with over 500 dogs entered, going on at the same time as an AKC conformation, obedience and rally trial.

Great exposure for a young dog. 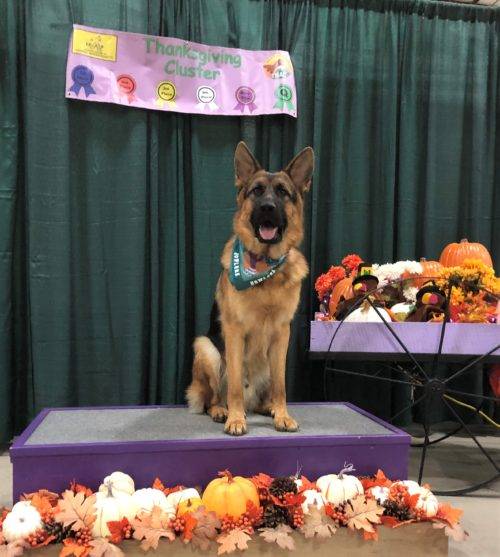 As usual we drove out on Thanksgiving Day and set up our crates and chairs at the Eastern States Exposition Fairground and then had dinner at the Storrowton Tavern.

On Friday we woke up to this…

Aiden’s first class of the day was Time to Beat Preferred. He had a clean run and qualified coming in 2nd for 9 points.

The second class was Premier Jumpers with Weaves Preferred. Aiden had a good run but knocked one bar down.

Next up was Masters Jumpers with Weaves Preferred. Aiden had a great run on a tough course but unfortunately got a refusal when I did a rear cross.

In between classes we took the boys out for a nice long walk despite the frigid temperature. 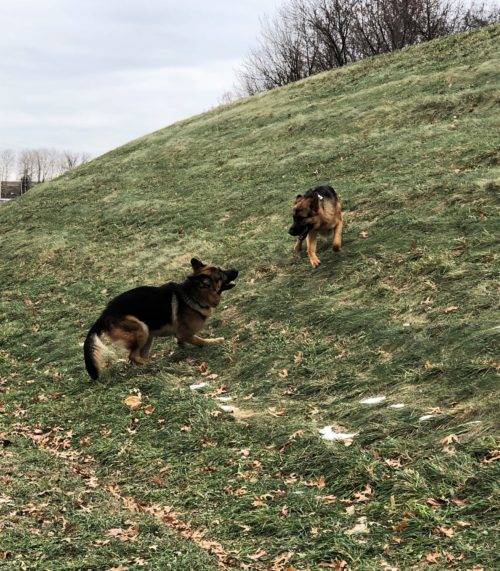 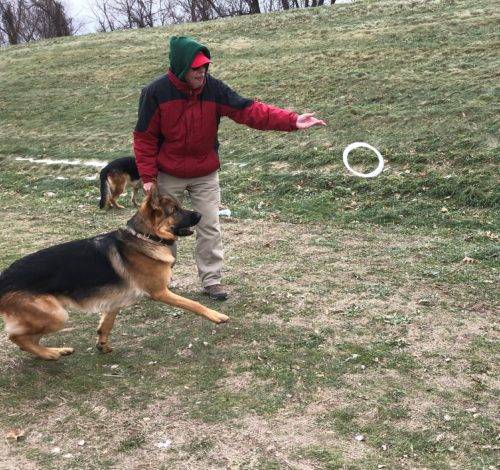 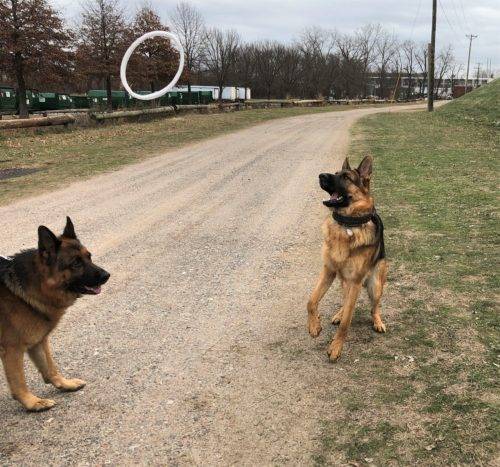 Aiden’s 5th and final class of the day was Masters Standard Preferred and Aiden was still raring to go! He qualified in 2nd place and earned 23 PACH points. 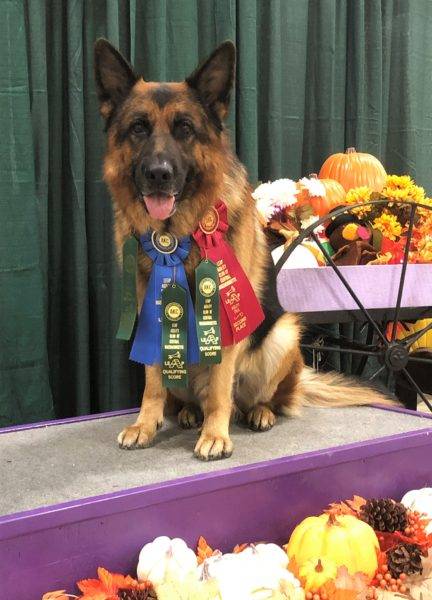 On Saturday Aiden’s first class was Premier Standard Preferred. This was a very hard course with the second jump being a “backside”. Bad handling on my part caused Aiden to crash into the first jump as I was so concerned about getting him to the backside of the next jump I called him to soon.

The second class was Masters Standard Preferred. Aiden had another good run but one bar came down.

During an agility trial this large there is always “down time”. We took advantage and brought Connor to the AKC Trick Dog testing area. Each dog is required to pass 10 tricks for the Trick Novice Title. Since Connor has already passed the Canine Good Citizen Test, that counts as 5 “tricks” so he only had to do 5 more. 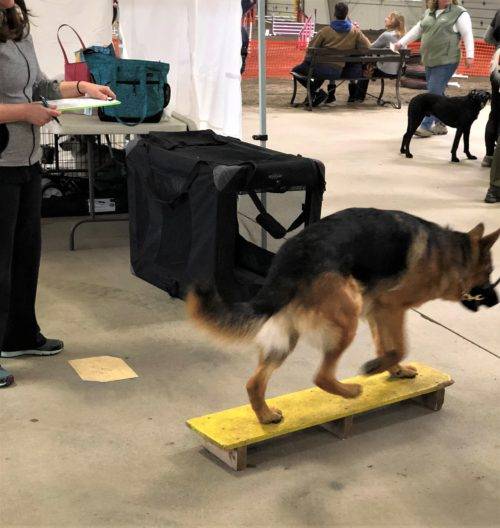 “Get on” to a table or step with four paws 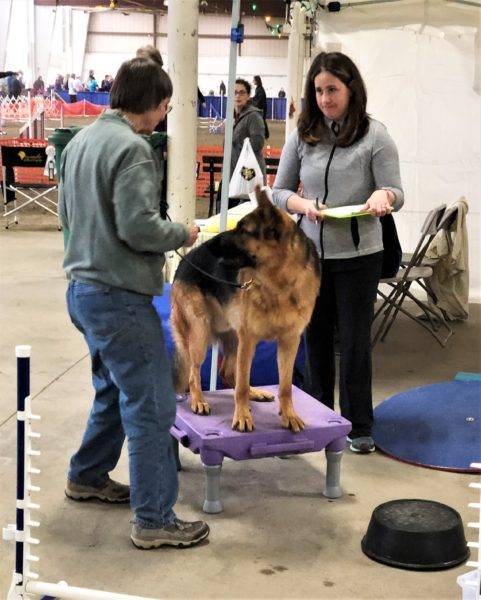 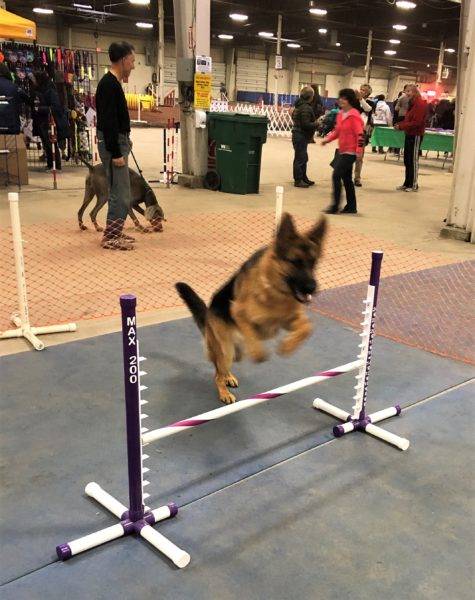 “Touch it” hand or target 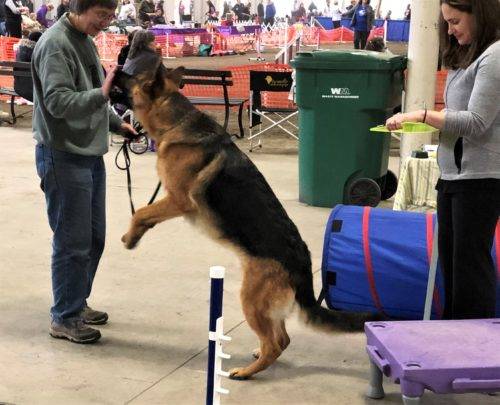 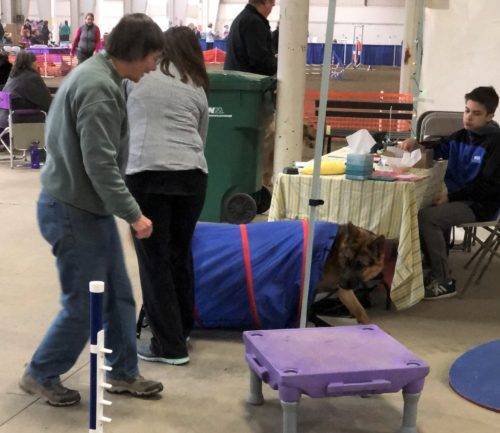 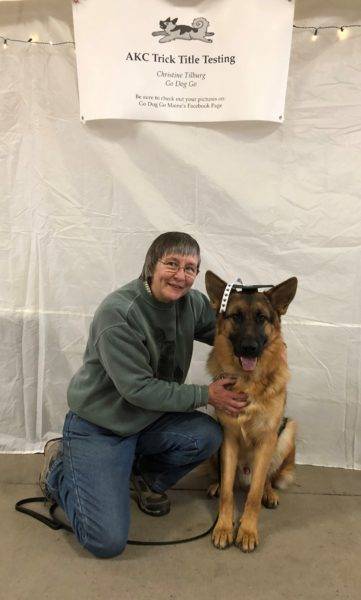 Back to agility…Aiden’s 3rd class was Premier JWW Preferred. This was another challenging course. Aiden had a nice run but took an off-course tunnel.

The final class was Time to Beat Preferred. Aiden had a clean run and qualified in 1st place for 10 points.

Aiden with his day 2 ribbons 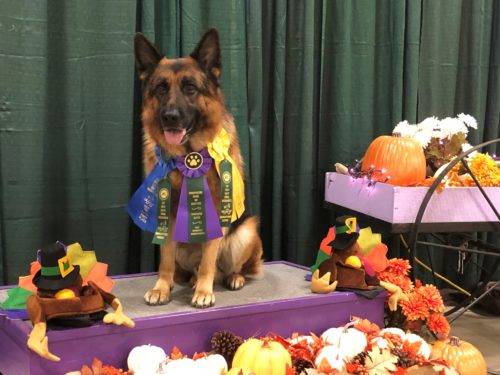 The boys with their New Title ribbons 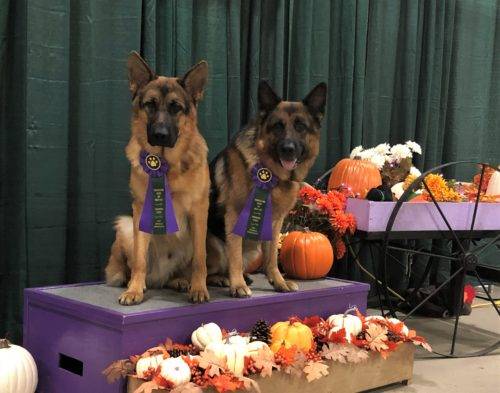