These are pictures I took in the city of Stade, Germany at dusk. Stade is an ancient city in Northern Germany near Hamburg, first settled 30,000 years ago, and occupied by Romans and Swedes at various points in its history. The two people are my hosts, Corrina and Lia. 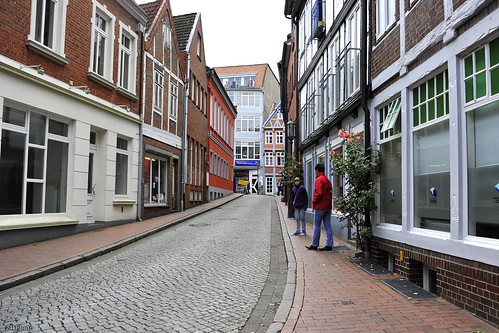 Construction work at this site was just resuming after being shut down. When excavating they discovered that this area had been an ancient market place and here it is still a market place. Notice the pub in the background called “Consumer’s Pub.” When businesses in the USA are given foreign language names it is to evoke that old world charm or quaintness. I wonder what the thoughts are behind using English words to name their business? It is an English style pub, with pints and Ale? Why would anyone in Germany want to drink anything but German beer? I don’t now just wondering out loud on the internet. 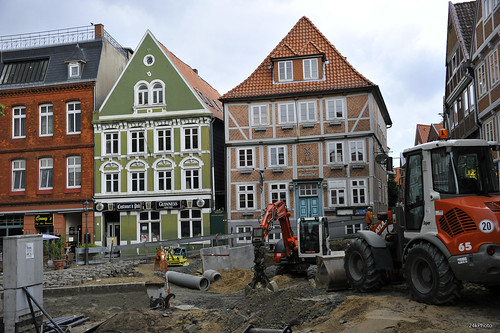 The ISO is so amazing on my camera it can take pictures that look like they were taken in daylight. This photo actually shows you how dark it was to the human eye. I included it because it shows the water-ways that run through the whole city and to the far right the round building is an ancient grain mill restored to its original spot on the water way after being discovered in storage. To the right near front is an outhouse for the construction workers for the work being done in the above picture which is further off to the right and up a small hill. 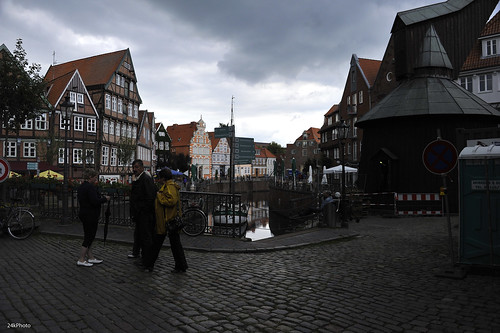 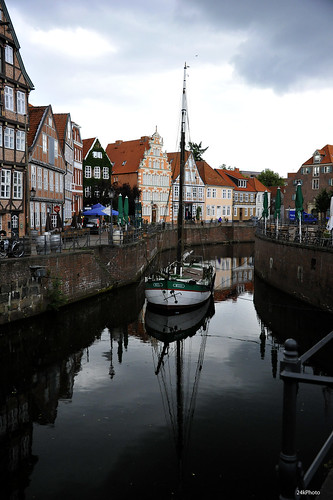 A view out of an opening in the grain mill: 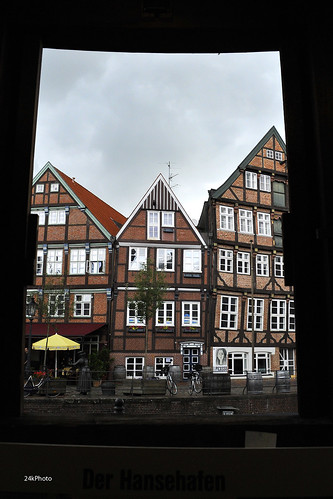 Some of the buildings: 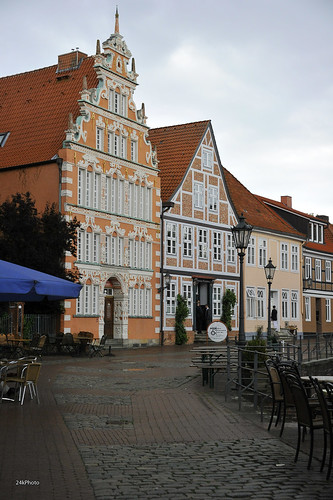 This building is a cafe, a grocery-fresh produce market, and apartmetns 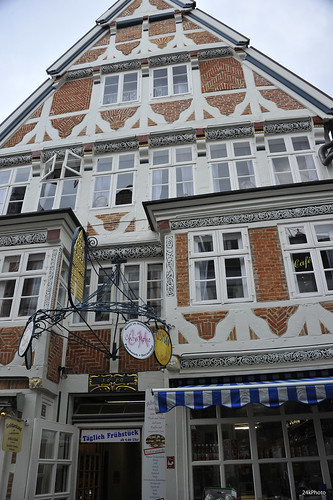 I did not know what this building was, but I liked the statuary and  coat-of-arms around the door.  Of course, being  Germany they also have flowers, and everything is neat and tidy. 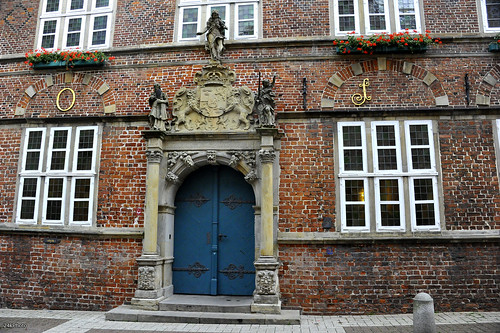 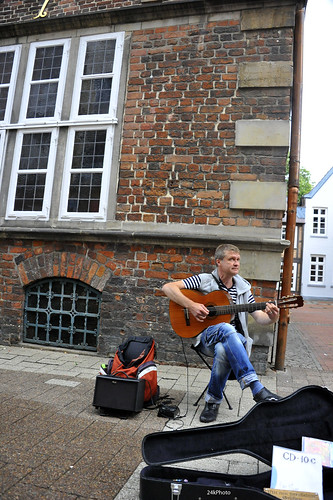 I love how they chose bright colors for their houses, it brightens up the whole neighborhood, do they have the same weather as England?

I am not sure Josie, this was taken in June when I went over to bring Gavin home. This area very well could since they are so close to the sea.

Beautiful buildings. But my second thought was, I would not want to paint all the trim work on it.
Enjoy yoour trip.

I am not there right know but when I do go I will do my best to have a fun trip!

Thanks for sharing your pictures with us Julie.

Julie, there are one or two good beer companies here in the U.S. Oh, wait—never mind. They are owned by Germans. 😉 Thank you for sharing your beautiful photos.