Last night the Cape Cod Kennel Club held its annual Banquet and Awards Ceremony. Each year the KC recognises all of the various AKC titles earned by dogs owned by club members.

There is a tradition of trying to guess how many biscuits are in a certain sealed container. The closest winning guess wins the container and biscuits to take home as the door prize. I guessed 628 and there  were 627!!

This past year Ivan earned his Canine Good Citizen and his Rally Novice Titles.

The awards chairperson reads a short statement about each dog and owner and what they have been up to during the year. Jack and I were very pleased when the chairperson included Ivan earning his VP at NASS (he even pronounced Sieger correctly!) 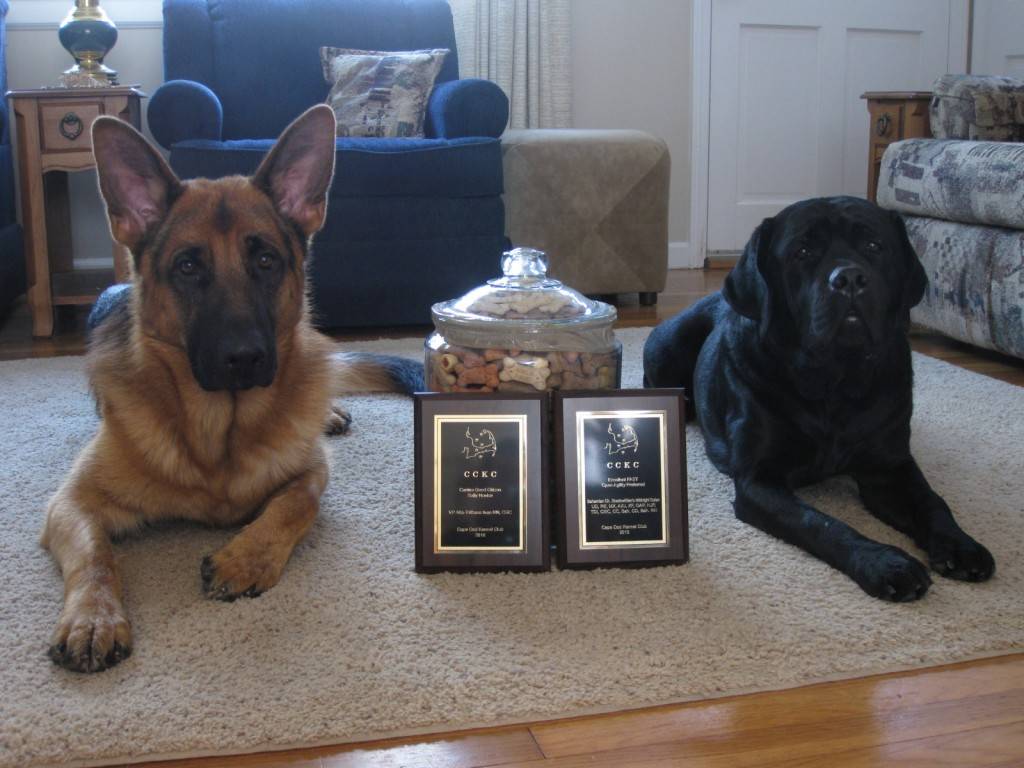 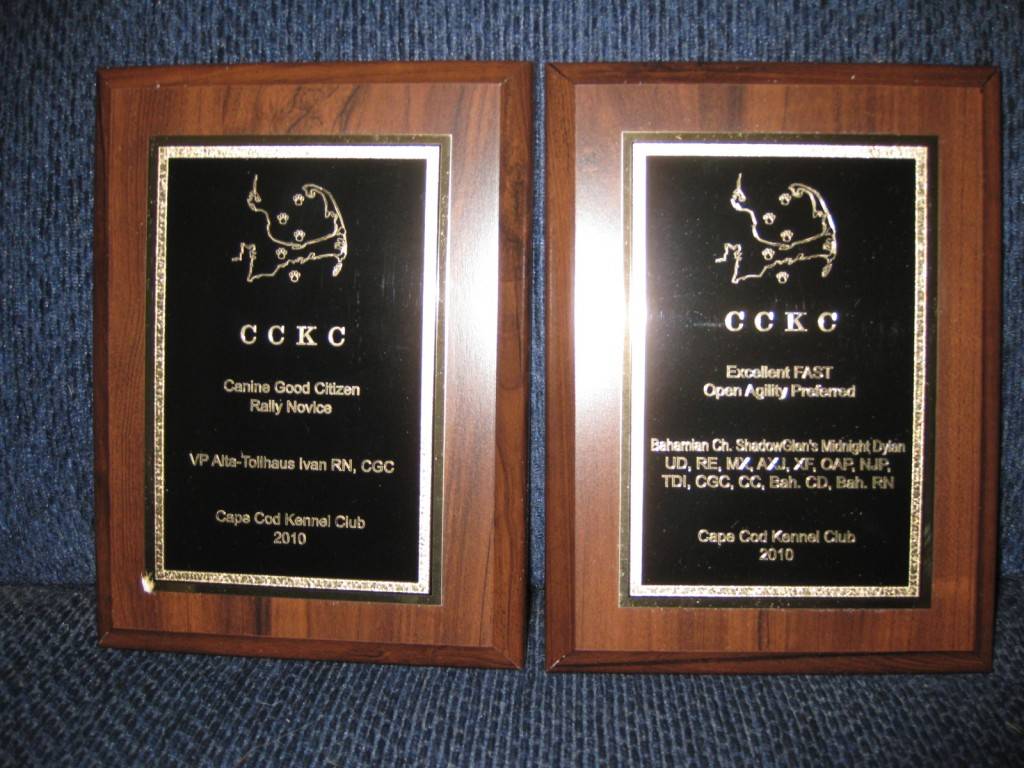 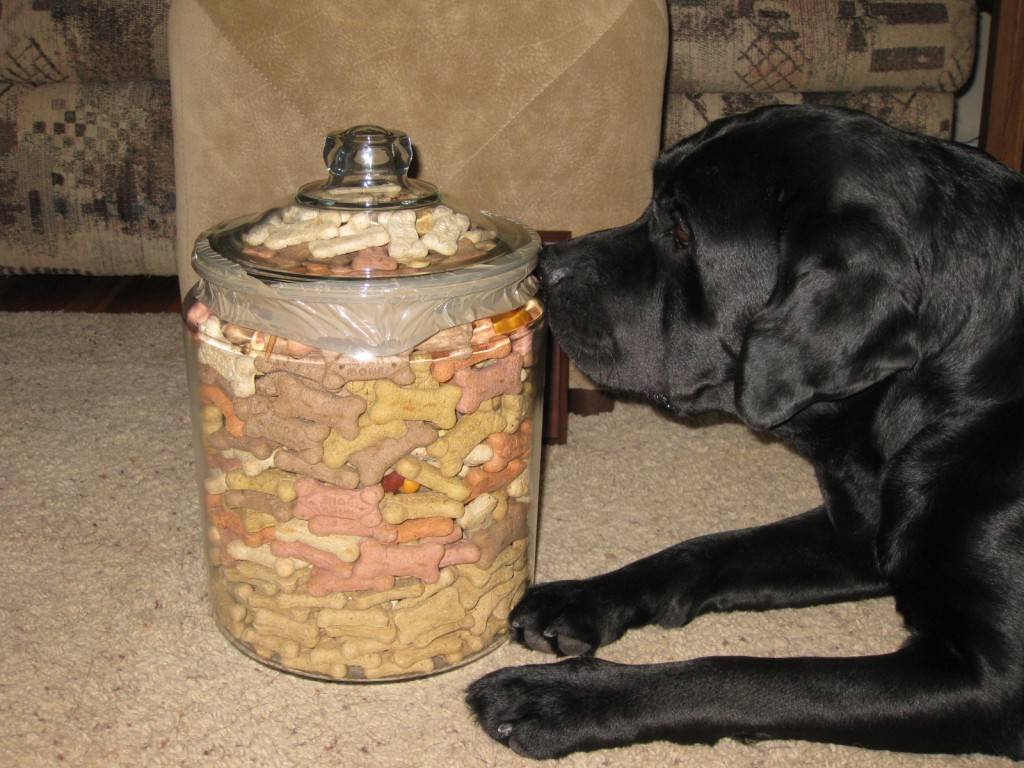 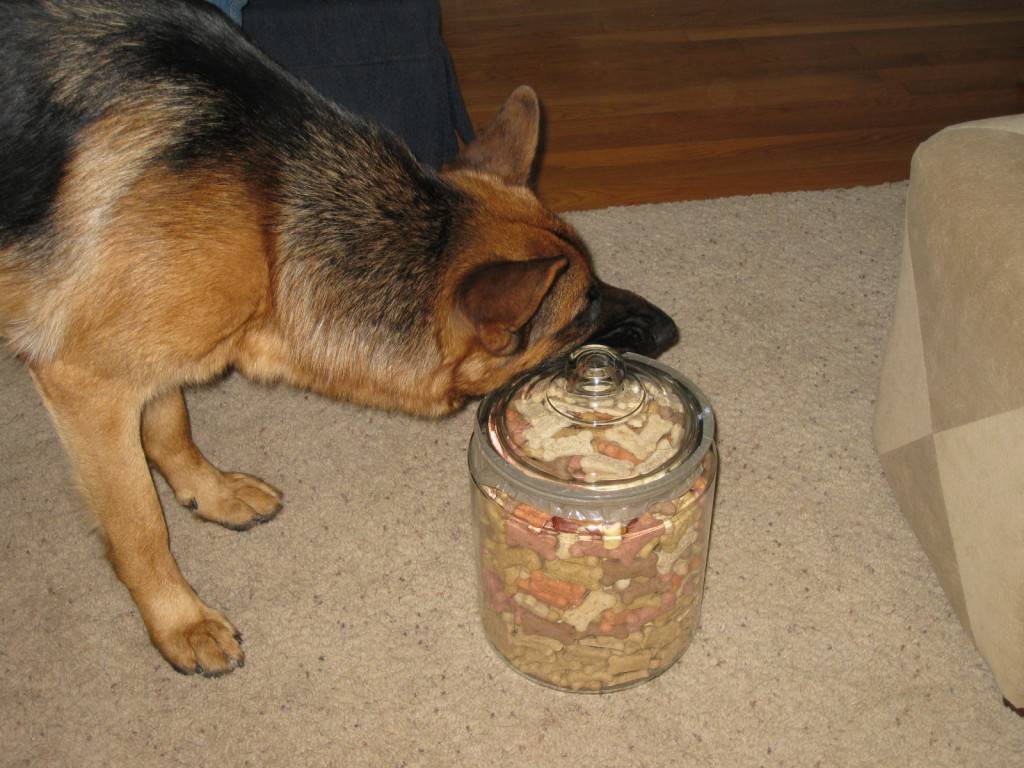 Dad to the rescue 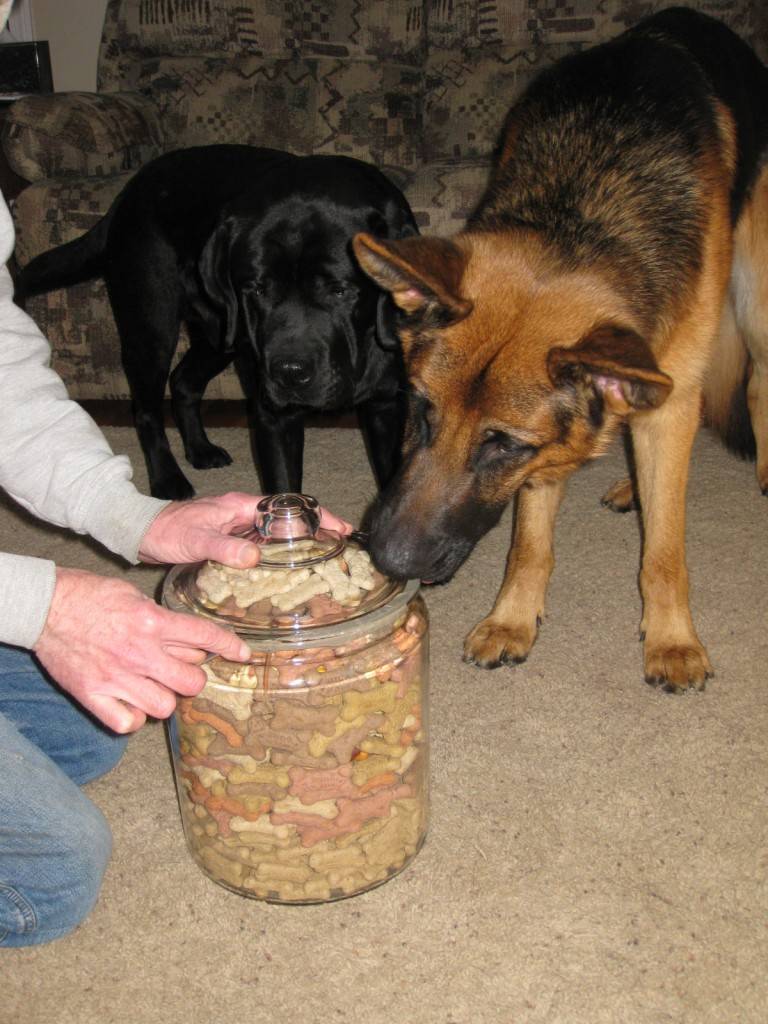 Very nice awards! Go Dylan! Go Ivan! I am also impressed they mentioned Ivan’s VP award. That is super cool! I like your KC.

Dylan and Ivan just get more handsome all the time, and they look especially happy about momma being a good cookie estimator/calculator.

Wonderful job, all of you! The dogs are looking good. I can still see the resemblance between Isa and Ivan–that’s fun! Dylan’s coat looks so glossy.

Very Nice!!!!! Keep up the great work…. alll Ivan needs are thumbs. Thank God , these dogs don’t have them..we would all have our hands full 10 fold I believe!

Great job, Lynda, Ivan and Dylan! Your kennel club sounds terrific. The awards are a great idea! And good guessing on those cookies.

Great job at the cookie guess! Congratulations to you, Ivan & Dylan on the KC awards. It was very nice that your club recognized Ivan’s VP rating.