What I Did on Summer Vacation…

What I did on Summer vacation and this Fall…

Sorry I have sent any updates, we got home from Alaska and then school started-time has flown by again! Kodiak is doing very well, with his socialization and obedience training. He is scheduled to return to Leader Dog on November 22nd to start his formal training in harness. He was a great traveler this summer when we flew to Alaska. While we were there he went with us on the Alaskan Railroad to Denali National Park and took a bus tour to see the park. We went to a museum at the University of Alaska where Kodiak saw a huge Grizzly Bear. He also took a ride on a Riverboat tour, and went with us to Valdez to see some of countryside. We also stopped at a park and botanical garden in Fairbanks that shows how many of the pioneers lived 100 years ago. It was a great trip!

Since we got home we had a couple of training days up in Peoria, IL in September we rode another Riverboat and then had a great dinner at a restaurant on the river. Then this month was at the Pekin Fire Station which I think is one of the most important training days for our puppies. The fire men help us by crawling on the floor and playing with the puppies-they start out without any of their gear on. Then they put on their boots, and fire suit and let the puppies sniff the leather and smell their gloves. Next they put on the respirator and talk to the pups, so they hear the “Darth Vader” voice and the loud beep from the alarm on the tanks when the fireman doesn’t move around. Finally they put on the helmets-by this stage the puppies are all very relaxed and happy to play some more! We have a puppy that is now a Leader Dog that saved his partner, by leading the firemen to his partner, which is why we feel this is so important.

One of the firemen fell in love with Kodiak, he lost his 12 year old Shepherd this past Spring. After playing  with Kodi for about an hour, he asked me what will happen if he doesn’t graduate. I told him the chances of that happening are slim to none-he has incredible stamina, and learns very quickly. He has a such and easy going, friendly temperament, and plays so well with other dogs that I know he won’t fight. Even with our Springer who is the queen of the Bedard Yard-he always let’s her have her way. But, if something strange should happen, and Kodiak comes back to me-I promised to call the Pekin Firehouse and arrange for Kodiak to live with him. You can see him hugging Kodiak in the picture in front of the fire truck. 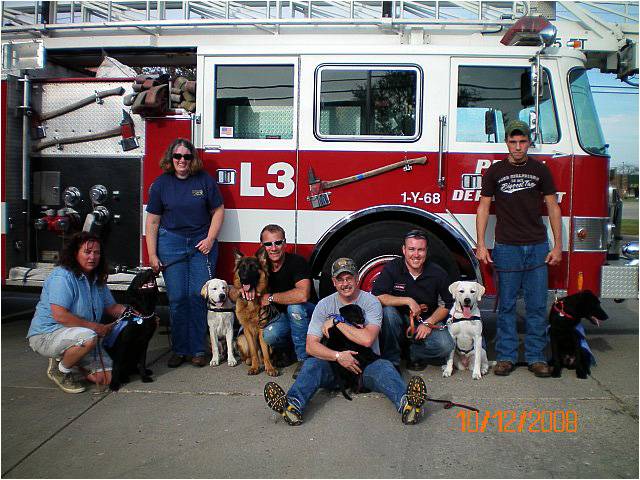 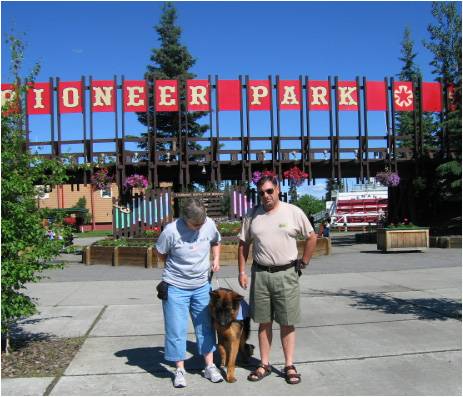 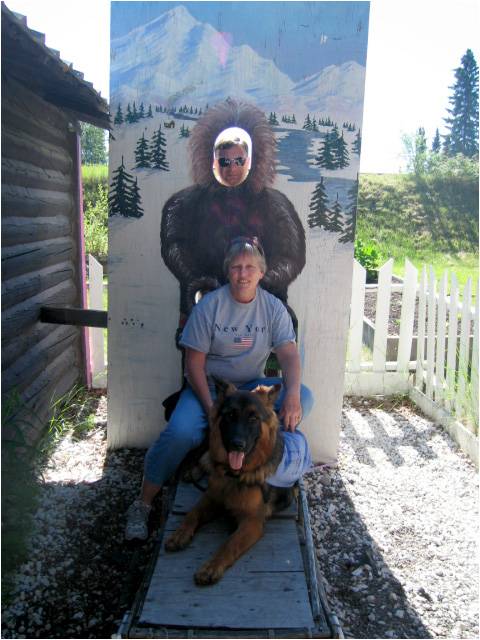 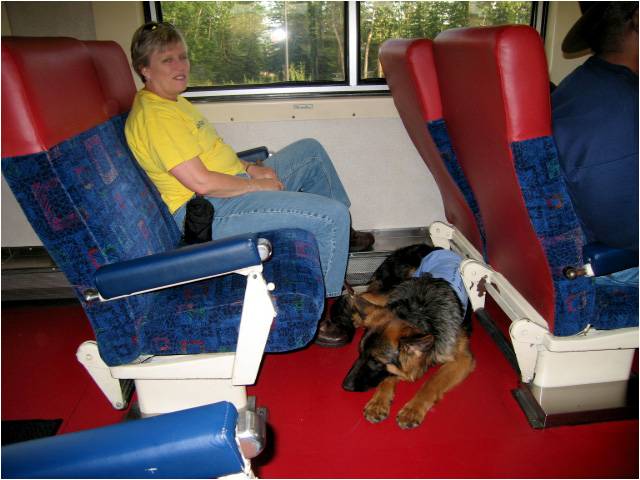 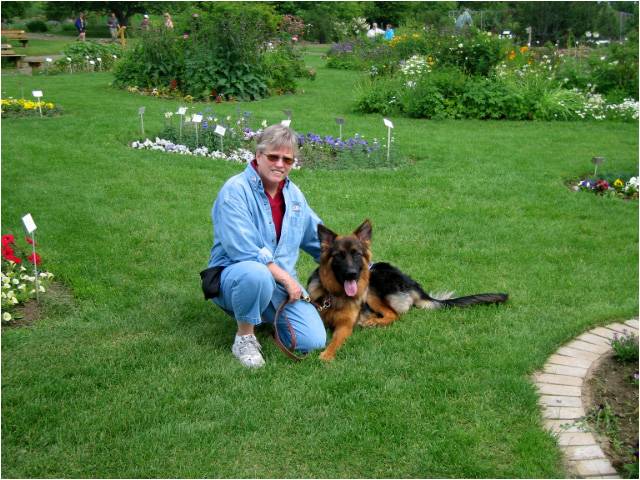 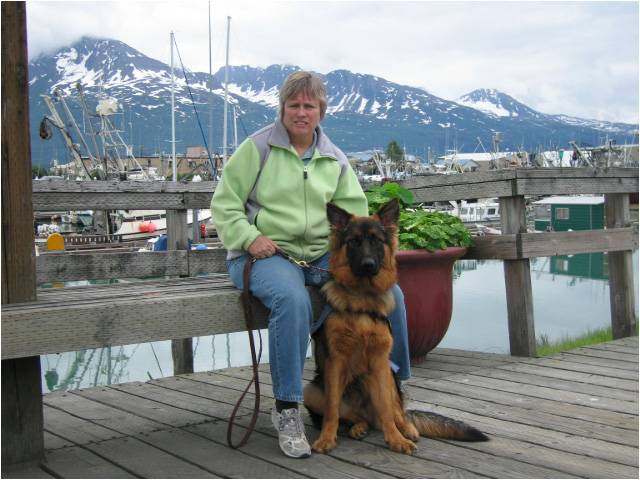 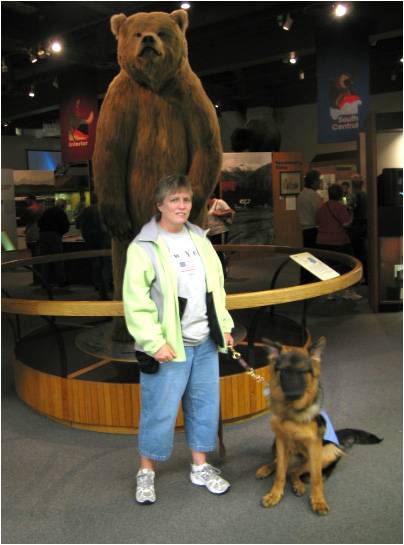 How time has flown indeed! I remember Kodiak as a tiny fur ball and now he is all grown up and ready to start his formal leader dog training. Congrats to you and Kodiak and Julie for such a noble, selfless endeavor. Once he starts his formal training, will you have any more contact with him?

Thank you so much for sharing your photos and story!