Karen’s Ben with his feet in a water bucket wishing it was a lake: 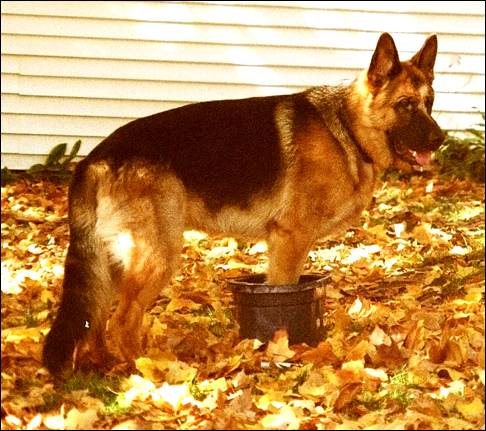 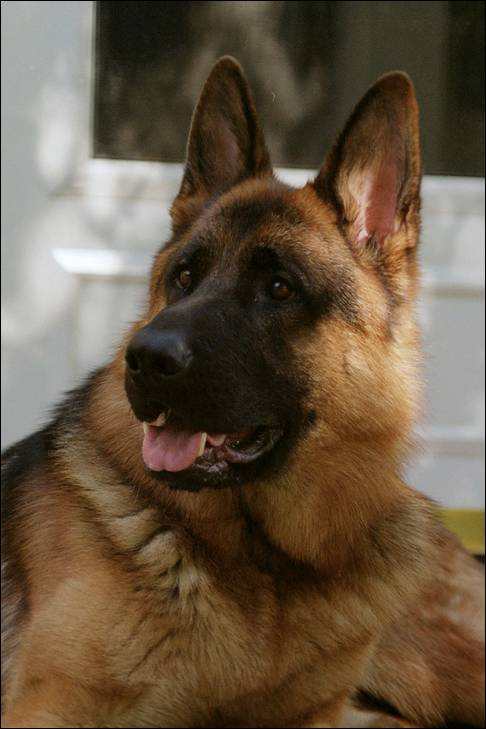 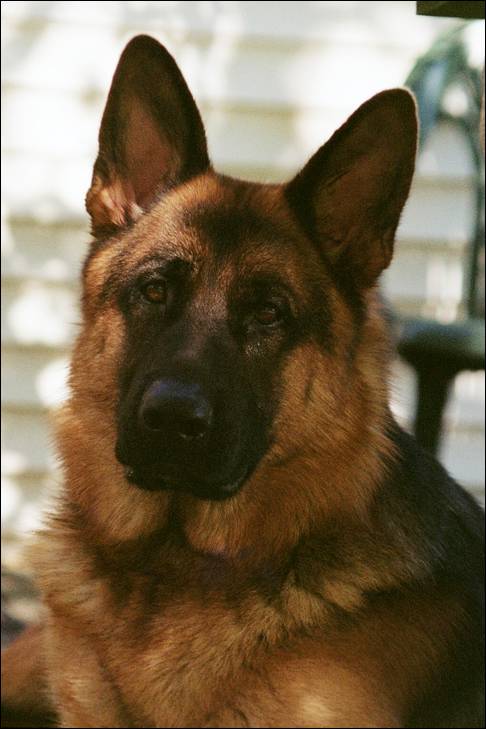 Ben with his best buddy Riggs. 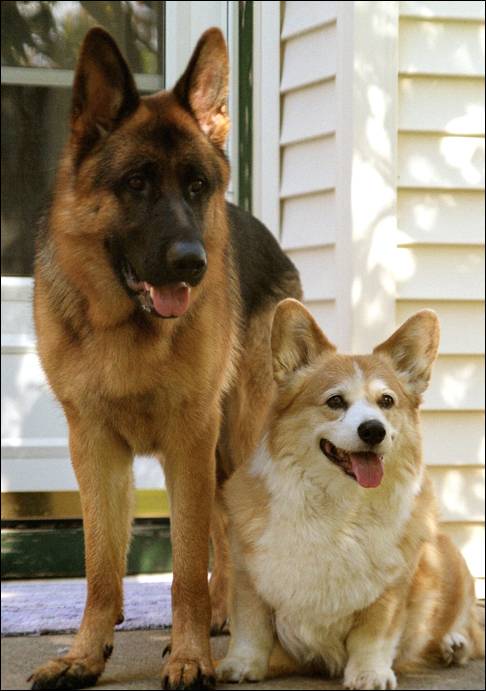 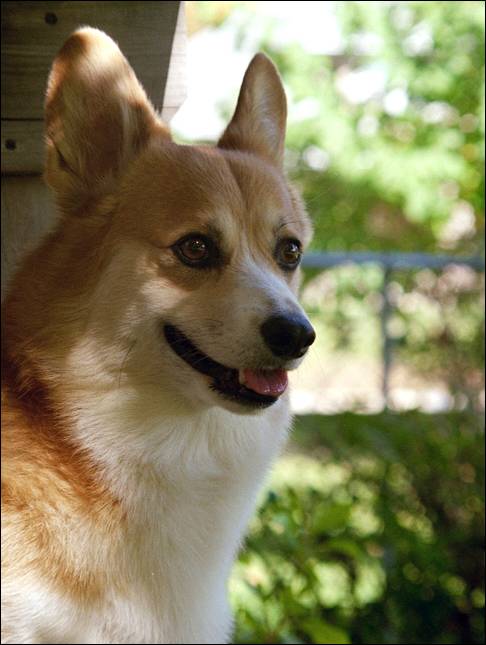 Riggs is a knock – out! I can hardly believe he is 15 years old. His eyes are so bright. Ben is a very handsome pup in these beautiful photos. He and Riggs look like great buddies. All my doggies like to cool their tired “dogs” in the water buckets, too.

Oopps – my mistake – The last picture is my other corgi – Marco Polo who is 7 years old. I mixed up some of the pictures that I sent to Julie. And yes, Marco has very bright eyes. Unfortunately, Riggs eyes have all white eyelashes, have lost the “mascara” – and he has cataracts.
But non- theless he is still my very bright boy – he bosses Ben around all the time. It’s hysterical to watch when Riggs sleeps by the water bowl – and Ben tiptoes around trying to get a drink without waking Riggs up….. Ben spends most of his time playing with Marco Polo – they are great buddies.

Karen, I just wrote to Julie and asked her if this was Alta-Tollhaus Ben from last year’s NASS! OMG, he is just gorgeous. I loved his puppy pix from NASS, and I see that he has continued to be a looker! Excellent photos—thanks so much for sharing.

Great shots of Ben! The headshots of Ben and Kirsch look sooo similar. Ben looks a little more serious, though, it seems like Kirsch always has a bit of a goofy smirk going on.

I was just looking at the photos of the Hoss/Zucca brothers, and Ben and Kirsch look so similar, though nobody would be the least bit surprised to know that Chief and Bauer also are from the same litter. It’d be interesting to see the other two brothers.

As I was writing to Karen, I was also thinking about Kirsch! The “other” looker from last year’s NASS. Both of those boys really caught by eye. You are absolutely right about the brothers…that was just a plain old handsome litter!

Great photos Karen! Ben is so noble looking. I especially like the third one, he has a very wise look to his face. He is lucky to have a friend such as Marco Polo – I think it helps a lot for them to have playmates. The bucket photo is funny. I wish I could get Chief to step in a bucket to rinse off his muddy paws. If I gave him a bucket full of water, he would carry it all over the back yard sloshing the water everywhere.

Garth, you are right about the brother’s looks. It’s very interesting to me – they are all so handsome, all look different but yet somehow the same also. I think they all have very similar looking eyes, but slightly different muzzles and head shapes -just enough to differentiate them. The coats/coloring are all alike too. Like Carole says, just a flat out handsome bunch of boys. Of course I am probably a little biased toward them.

Speaking of that litter, I haven’t heard anything about papa Hoss lately. Has he won any other awards?

Hi Kimberly – how is Chief doing? What you said about this litter of boys being a lot alike is more true than you think – Ben also carries the bucket full of water around the yard – trotting around “sloshing” water all over. (OKay when it’s 85 degrees – but not so fun when you are getting spashed at 40 degrees!) And he plays with the hose like it’s a big mean snake – He whips it around and shakes it and shakes it…….

Hi Karen-Chief is doing well- thanks for asking. The big news is that he has a “girlfriend”. Coco moved in across the street – so far they just bark and admire each other from afar- but I know the guy so I may try to arrange a playdate. It’s really cute though – I’ll say “Chief, Coco’s out there” and he’ll run to the window. Unfortunately for him, she is spayed, so no little mongrels in his future. Grandma Julie would never allow this anyway – but don’t tell him.

I think I solved the nail trimming issue.
He is so freaked out by the clippers, he runs and hides in his cage at the sight of them. I think he got cut the last time he went to the groomers as we had a new girl.
This would explain his behavior as I know I have never cut him. Granted, he has never liked having it done, but I always managed.
Anyway, I bought one of those PediPaw grinder things and he is actually pretty good about it and it kind of works. He is better about the back feet than the front paws, but I am going to stick with this instead of continuing to traumatize him with the clippers. You might want to try it if you have problems with Ben.

That’s so funny about the water. Chief tore our hose and hosereel off the house when he was a puppy so we don’t even have a hose out back anymore.

Did you see Garth’s recent post. I forgot to mention it, but like Kirsch,Chief also runs up between our legs from behind and kind of pokes his head through – then when you try to grab him, he backs up just enough so you can’t get him. He make a big game out of it. He can really be a clown.

Does Ben still steal your gloves and tissues out of your pockets? Chief loves to steal tissues and socks. He loves to play and is still incredibly inquisitive. I’m really curious how he’ll be this winter with the snow. Take care and have a nice weekend…..