Aiden was entered in an agility trial Friday thru Sunday in New Hampshire. We drove off Cape on Thursday and met Mario to do some IPO training with Aiden and O’Connor. Both “boys” did very well in all three phases. Connor is progressing nicely in protection and he had his first (short) Long Bite! 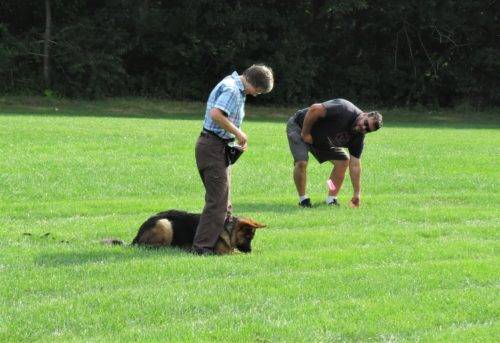 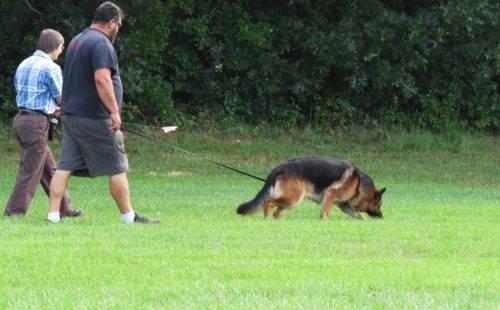 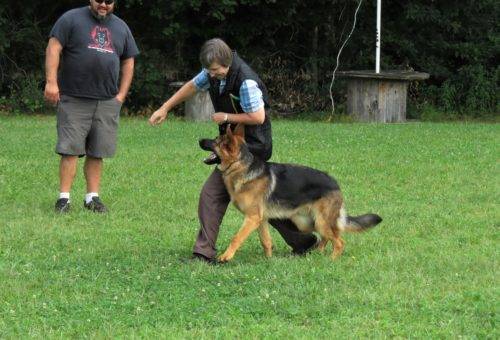 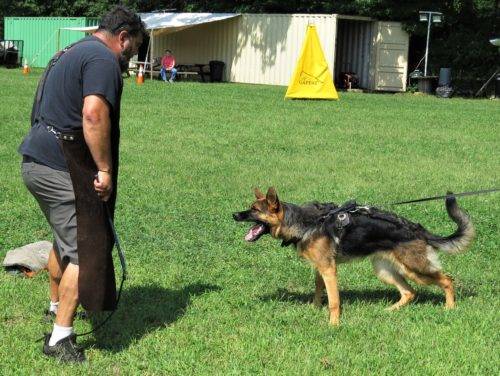 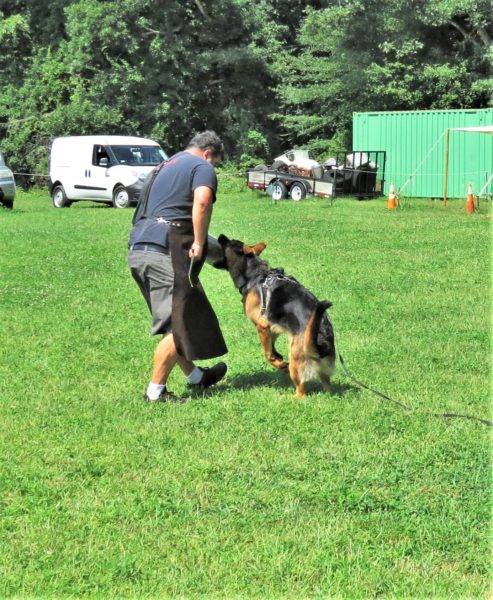 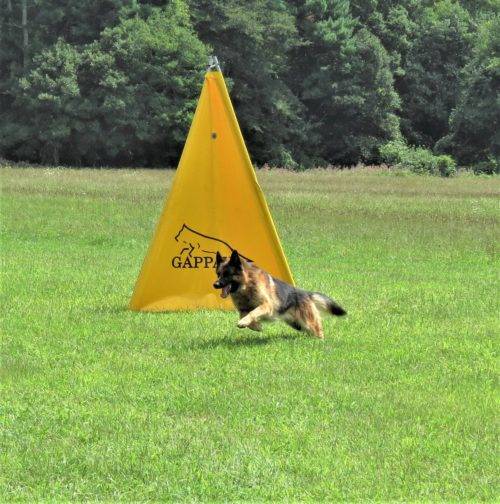 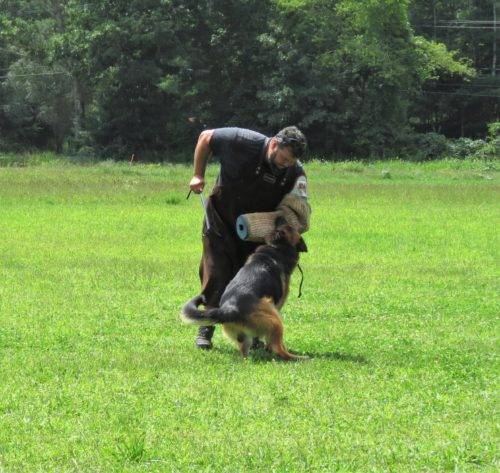 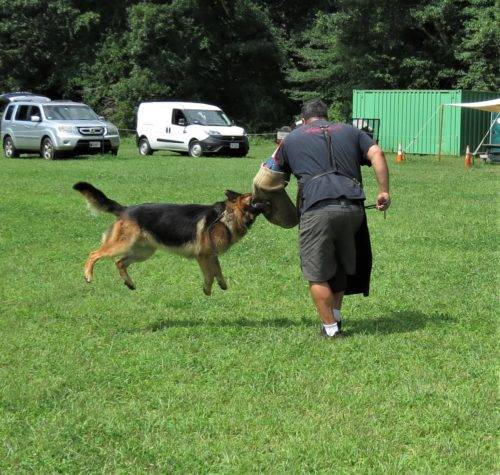 After training we drove up to Manchester, NH.

When we arrived at the agility trial site on Friday morning a woman who owns two GSDs asked me if I was going to the GSDCA Nationals in October in Missouri. I told her that Aiden had not been invited to the Agility “Top 20”. She told me that Aiden WAS on the list and he is ranked #10 of the Top 20 Preferred Agility Dogs!!

We have never received a notification letter from the GSDCA, and no one told me that Aiden’s name was on the list until that morning. I immediately contacted the GSDCA and they confirmed that Aiden is indeed invited to participate in the Fourth Annual Invitational Agility Top 20 Preferred. This is wonderful and exciting news.

Aiden’s first class of the day was Premier Jumpers with Weaves Preferred. It was a challenging course with several “backside” jumps. Aiden had a clear round and qualified in 1st place.

His second class of the day was Masters JWW Preferred. Aiden had another clear round and qualified in 1st place and earned 22 PACH points.

The third class was Premier Standard Agility. This was a very tough course and no dogs in Aiden’s class qualified. Aiden made it the furthest and got through the whole course but knocked the very LAST bar!

The final class of the day was Masters Standard Preferred. Aiden had another good run and qualified in 1st place earning 28 more PACH points and a Double Q ! 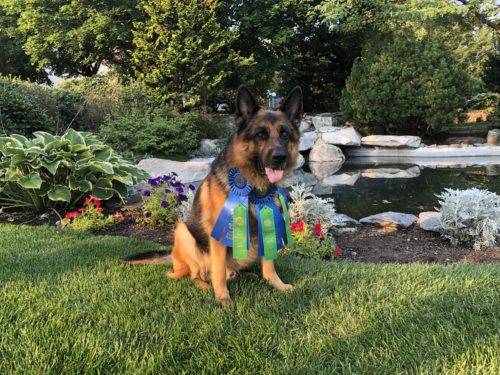 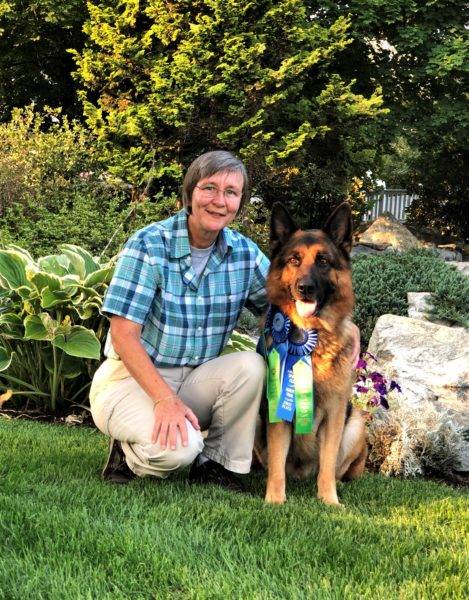 Saturday at the trial was not Aiden’s day! He had a good run in Masters JWW Preferred but knocked a jump. He also knocked a bar in Standard.

Connor was a good boy at the trial. He socialized, made new friends and as usual took everything in stride. 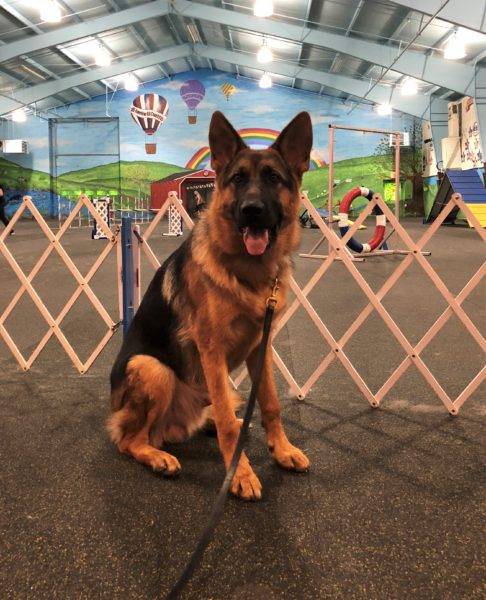 After the trial we took the dogs to the Piscataquog River Park and had a nice walk along the river. Aiden and Connor splashed and played in the river and had a great time. 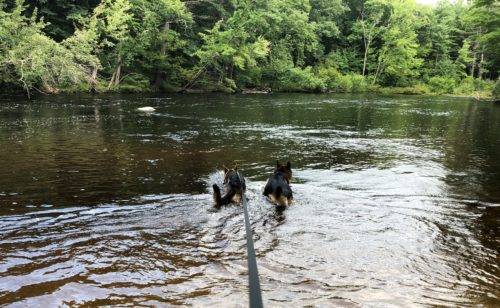 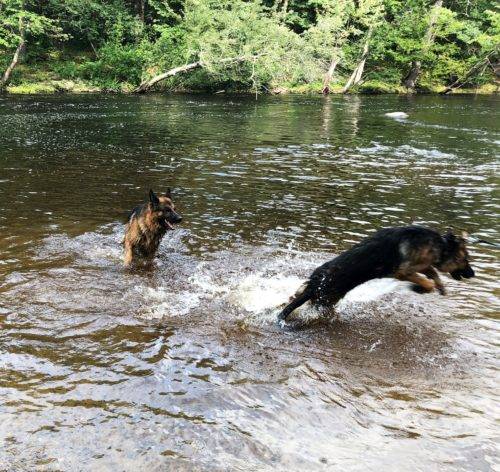 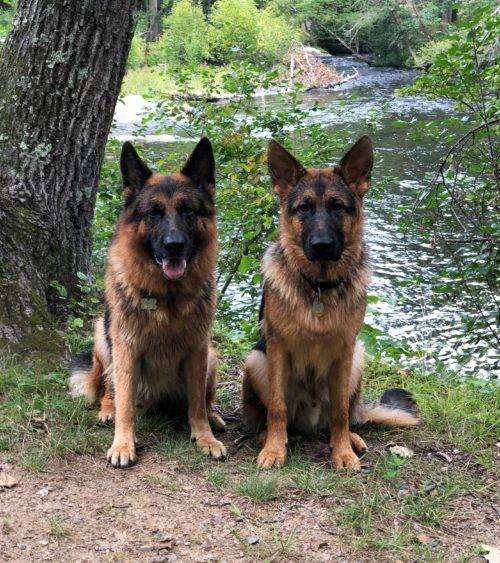 On the way back to the car Connor insisted on stopping to watch a baseball game. He is always interested in everything going on around him. 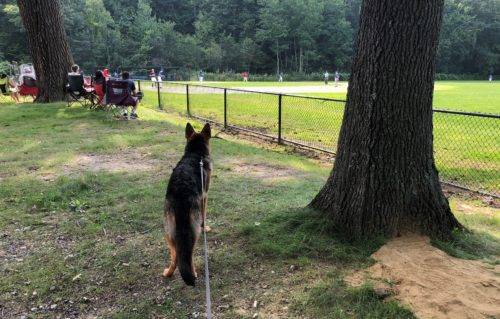 On Sunday we were back at the agility trial. Aiden started the day with a knocked bar in JWW dashing our hopes for a Double Q but the rest of the day went well.

He qualified in Time to Beat Preferred in 1st place.

In Masters Standard Preferred he qualified in 2nd place and earned 25 PACH points. 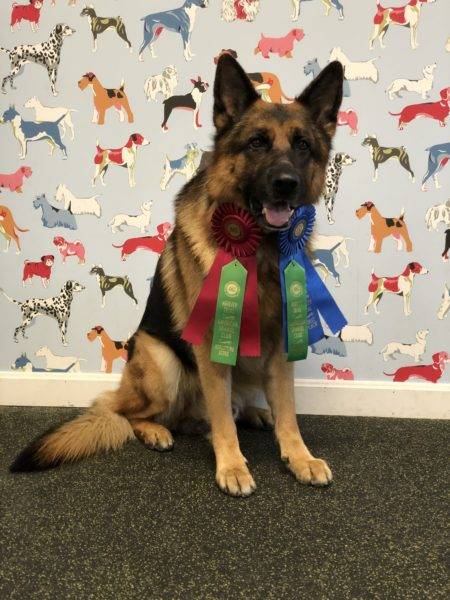 Aiden and Connor enjoying the summer on Cape Cod 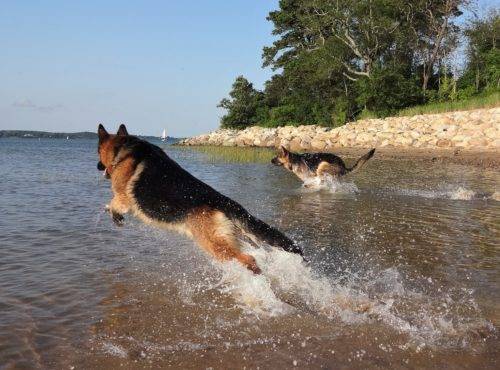 Congratulations!! What you have achieved with Aiden is so inspiring! I love following his adventures and now seeing little Connors training 🙂

……Had to laugh at the “little Connor’s training” !! He’s getting so big already and growing up much too fast!!