The weather word of the day was UGH! But Farm Dog Ziva Soldiered On!

Ziva and I entered an AKC Farm Dog certification test on April 15.  Should have been some not so bad spring weather, but it was not,  UGH was the word of the day for the weather!!!  It was cold, wet, 30 degrees, pelting ice rain, windy, ankle deep water and mud!!!!  It even kept the spectators in the barn.  They had to change out the goats for ponies since goats will not stay out in the rain.  The only ones outside for the test were the judge, Ziva and I.  Ziva quickly greeted the judge, followed me on a walking pattern around various pieces of farm equipment, hopped up on a bale of hay and stayed for 10 seconds and mercifully they had the 2 minute handler out of sight  supervised separation in one of the outbuildings.  We walked by another dog and neutral stranger on our way to a pen to “feed” the sheep.  She waited while I opened and entered thru the gate, then I invited her thru and closed it behind us.  I put her in a sit stay about 30 feet from the sheep and proceeded to take them their food & return to her.  We left that enclosure and walked by a tractor as it started up and over a plastic tarp and sheet of plywood.  Almost done, now we had to complete the Dog Approaches Livestock part of the test.  In this test, the handler, with the dog at side on a loose lead, enters a fenced area that contains livestock within a separate enclosure. The dog is introduced to livestock and encouraged to approach the pen, the dog is then called back to the handler and returns readily when called.  We had been warned by previous exhibitors one “special” pony in the herd  ran full speed up to the fence and challenged anything that approached-oh boy, not sure what to expect.  I was hoping by now the pony had tired of being a jerk, I was wrong.  As we approached, he barreled up, came to a sliding stop at the fence and shook his head and reared on his hind legs for good measure.  It was quite an impressive display.  Ziva was not backing down from the rude pony and stood her ground next to me and gave some impressive barks.  Pony’s bluff had been called and he wheeled around & took off back to the rest of the group.  Ziva looked at me wagging her tail.  Not sure how that would be scored since she barked, but did not offer to chase.  The judge said “what a good dog.”  Our final test was to examine her for farm debris and then thankfully into the office to warm up.  She passed test 1 and a few hours later ran her second test.  She passed test 2 to earn her AKC Farm Dog title & Mr. Pony did not come charging up on test 2 🙂  It was impossible to get photos in that weather, so here she is helping this last week getting the hay in. 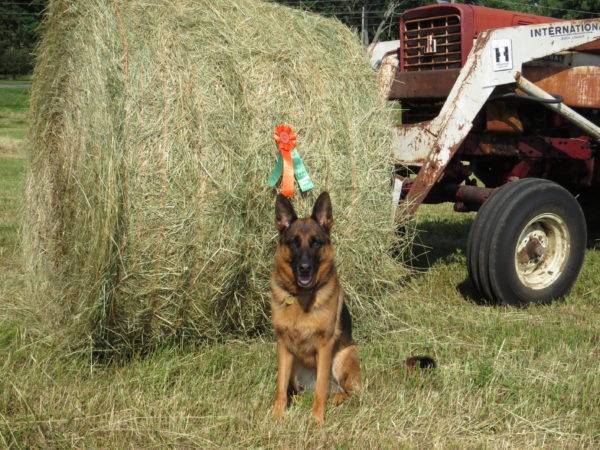 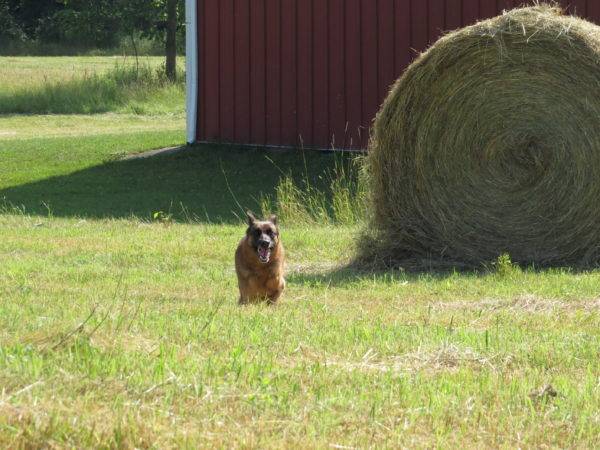 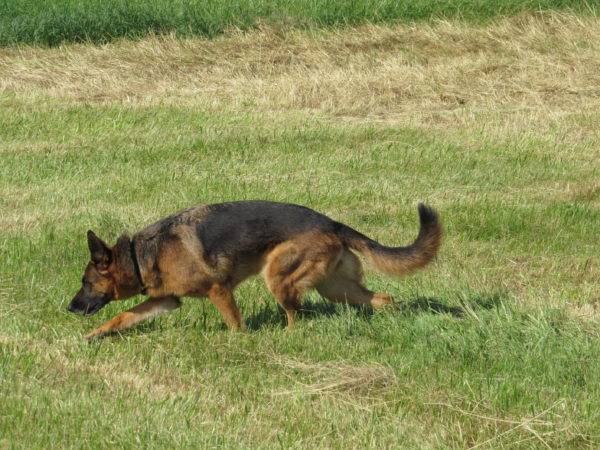 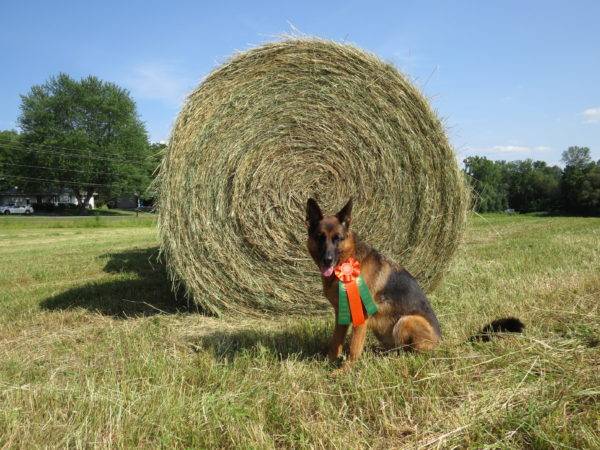 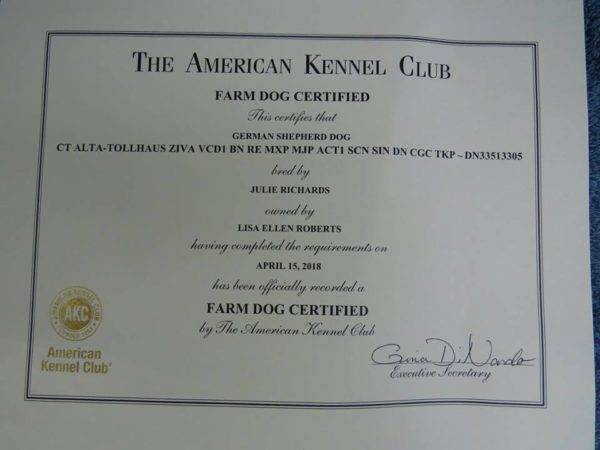