We drove to CT on Friday, even though we were scheduled to compete on Sunday, as there were many dogs/owners entered on both Friday and Saturday that we knew and wanted to support.

Dylan and Aiden relaxing at the hotel. Where are we supposed to sleep?? (this was not a staged picture) 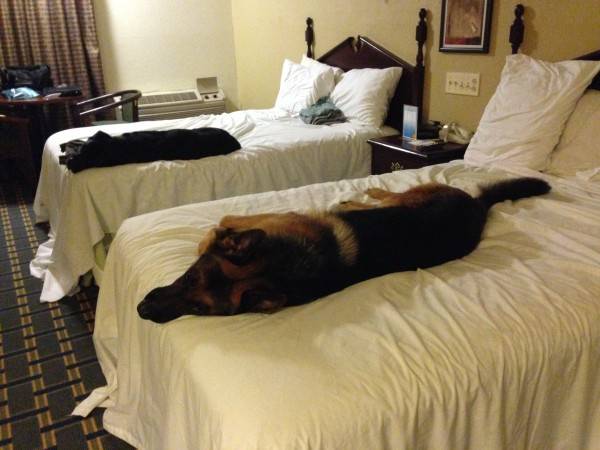 Sunday morning we woke up to find the weather was overcast and 45 degrees….perfect for Aiden! There were 10 IPO and 1 FH dogs scheduled to track. We convoyed to the tracking fields at the University of Connecticut (Uconn) just as the sun was coming up. 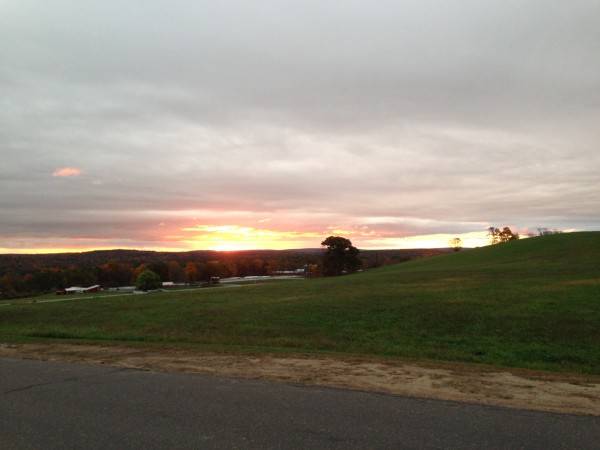 Aiden did the best track of his life! He “nailed” the corners, clearly indicated the articles and must have impressed the judge as he got a score of 100.

In Obedience Aiden did the long down first, which he did perfectly. Once we started the formal obedience routine it was obvious that the nice cool weather had Aiden “wound up” resulting in him being very enthusiastic and more “bouncy” in heeling than normal. Unfortunately it took two commands to get him to stop during the Stand in Motion. At the wall (A-Frame) Aiden ran up to it but did not go over. He was too close then to go over it but thought it through and went around. He retrieved the dumbbell and came back over the wall! He got a score of 84.

In Protection Aiden did very well. I had to give him a second command to “out” but otherwise he had a good routine. He got a score of 92.

Aiden’s total score was 276 and he earned his IPO-2 at one day shy of his 2 year, 6 month birthday. This was the highest score of the seven IPO-2 dogs resulting in High IPO-2 in Trial. 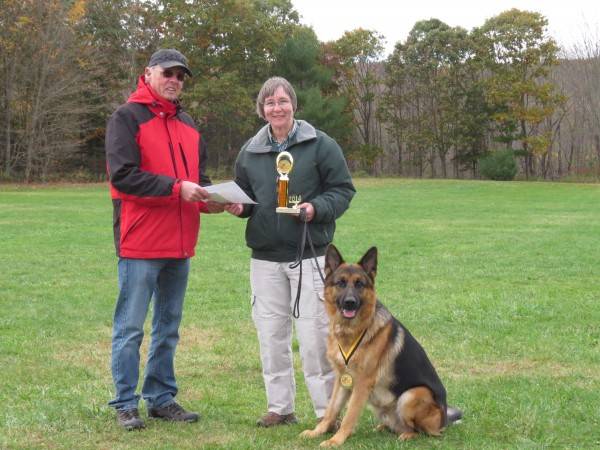 A rare picture of me and Jack 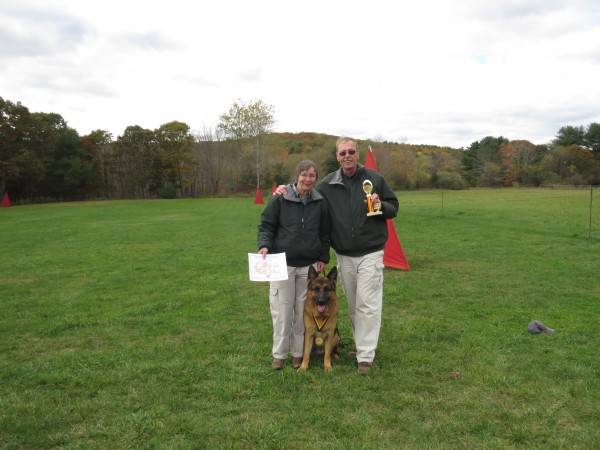 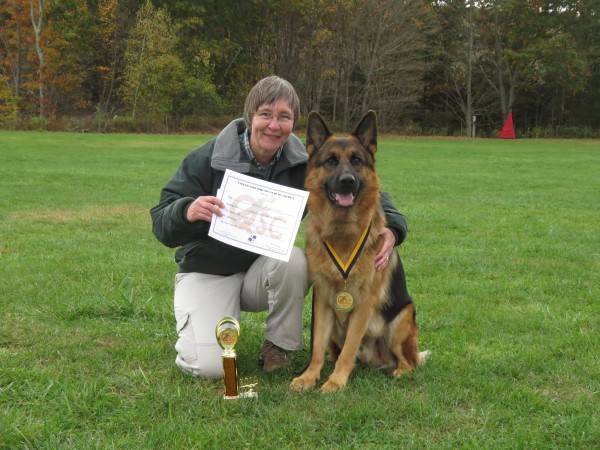 Congratulations! Your team is amazing!
I love the pictures — so, do you rent two adjoining rooms so everybody gets a bed?
Thank you for sharing another success!

WOW WOW WOW Lynda that was amazing and a perfect track Whoooo hoooooo. You and Aiden did an awesome job and it’s hard to believe he is your first IPO dog!!! Huge Congrats to you both and it was really nice to meet you and Aiden in person oh yea and Bill too LOL

Hi Dale,
It was super to meet you too.
We are still on Cloud Nine!! Aiden did great!!
Hope your agility trial went well.
Lynda

I am curious what you lost the points on in protection? You could see he wanted to skip blind #4 but he didn’t. I will admit I am so biased watching this that it is hard for me to see where you lost points. 🙂

All three phases are just beautiful and bring tears of joy to my eyes.

Lynda, Jack, Aiden and coach Mario…you are all superstars in my book! BIG HUGS!!!!

I’m with you Momma J. Not sure where the points went? Looked really nice to me.
Loved his long bite….fast…and full.

I just have to say that tracking…WOW…perfection. I said it before, many people do schuthund/IPO their whole lives and never earn a 100 in tracking. Enjoy this great accomplishment.

Huge congrats! It is loads of fun to watch you and Aiden work together.

Super results. Congratulations. So where did you and Jack end up sleeping???

Aiden = Amazing! I am late to this post, but have told Lynda elsewhere that I am just so impressed by everything they do.