Saturday night was the Cape Cod Kennel Club’s annual awards banquet. We did not go this year as the Patriots were playing in their Divisional Round playoff game.

Today we got Aiden’s plaque which lists his AKC titles earned during the year. Aiden had a very busy and successful year. In March he earned his AKC Beginner Novice and Rally Novice Titles in three consecutive trials. In June he earned his UKC Championship. Also in June he earned two SG ratings at two separate conformation shows. In June again Aiden earned his AKC Rally Advanced title in three consecutive trials. In August Jack and Aiden passed the Therapy Dog International Certification Test. In September Aiden passed the Begleithundprufung (BH). At the same show he also earned a third SG rating. In October Aiden earned a Herding Test Title by passing the Herding Instinct Test twice. He also passed the Temperament Test earning his Temperament Certificate.

We are very proud of our boy.

AKC Titles earned in 2013 from March to October:

Other Titles and certificates earned in 2013: 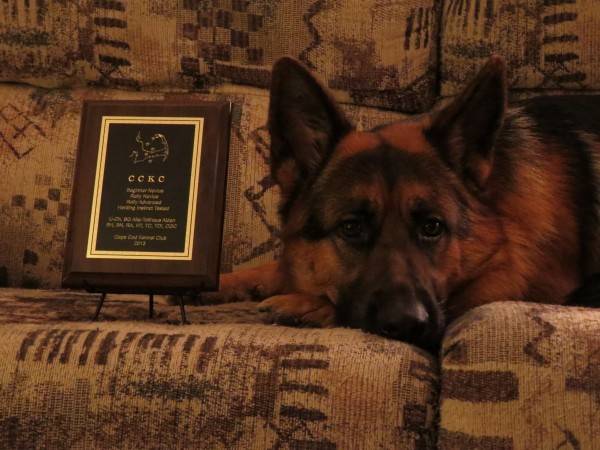 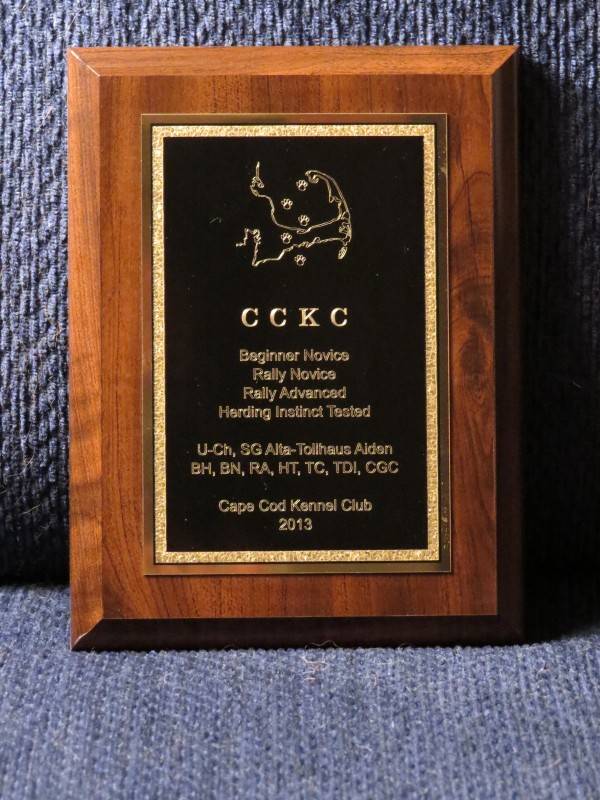 So proud of you all. The official photographer included!

Ditto to the above comments. Absolutely outstanding!

Bravo! Aiden looks like It’s old news to him, as he chills on the couch.