On day 4 of Dylan and Aiden’s vacation Aiden was entered in the Schaferhund Schutzhund Club of Long Island’s Northeastern Regional Conformation show in St. James, NY. The show was judged by SV Judge and Koermeister Helmut Koenig. Aiden earned his SG rating. He placed 6th out of 7 males in his class. It was fairly obvious that the other dogs had much more ring experience than Aiden. We have tried to get a group together for some ring training but it never worked out. We are very proud of Aiden and pleased with the judges critique. 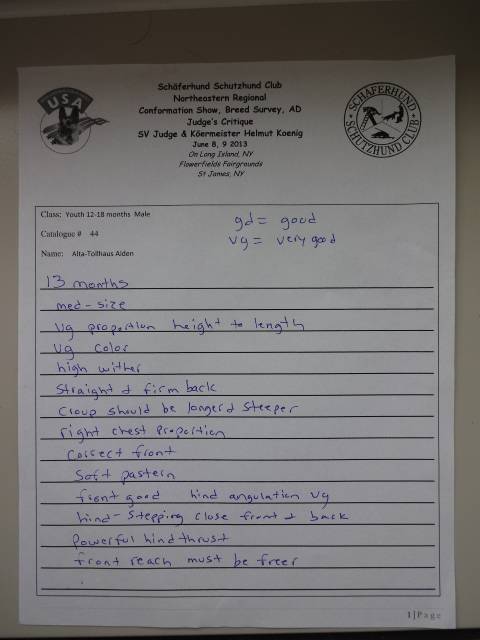 As we both were double handling Aiden it was very difficult to get any pictures. I managed to snap off a few before the handler told me to put the camera away and call the dog!! The handler with Aiden is wearing a white t-shirt. 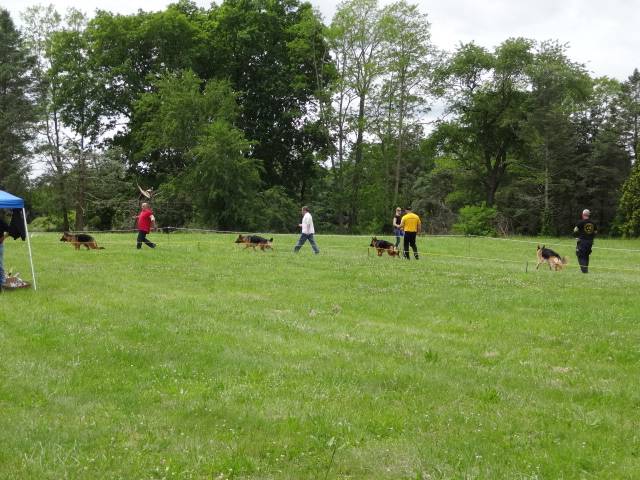 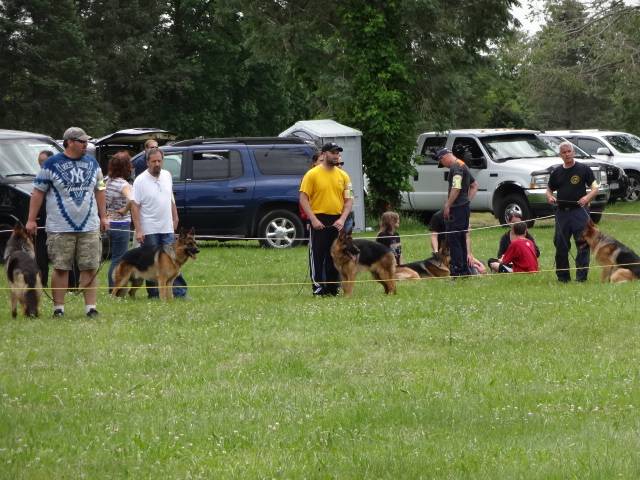 Aiden is sticking out behind the man with the red shirt 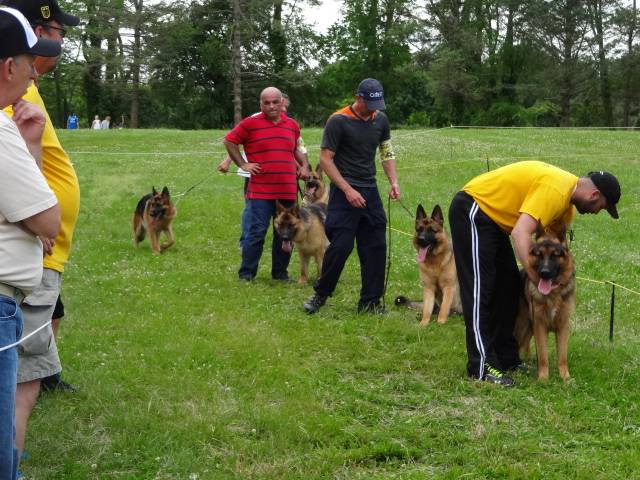 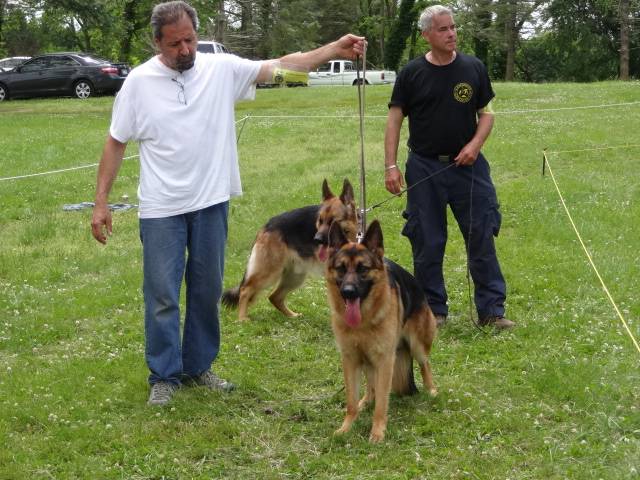 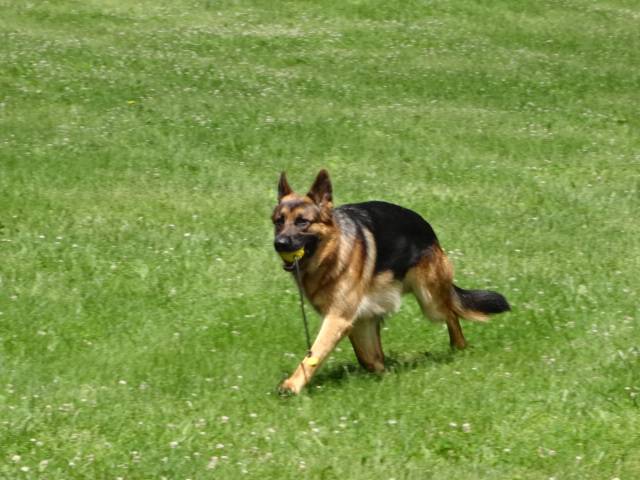 This is, after all, Dylan and Aiden’s vacation so Dylan is included in everything we do. Several people said that Dylan could be V1 if only his ears were up!! 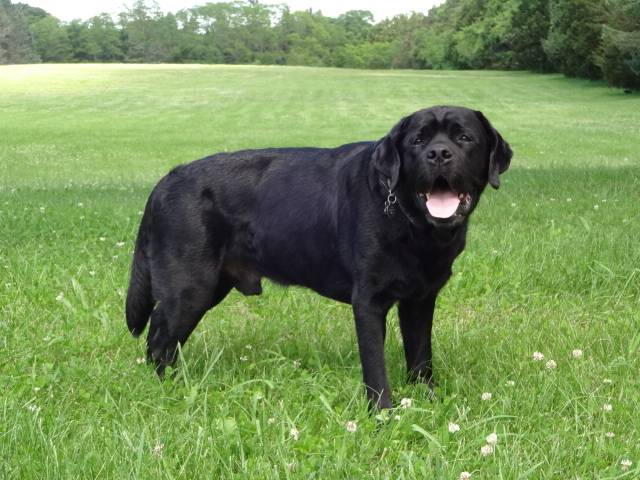 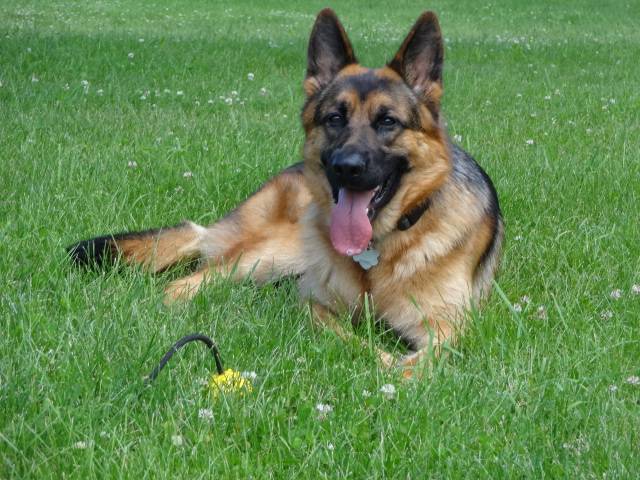 That is AWESOME you guys!
Congrats! 🙂

I agree, Rita! And this picture of Dylan could/should be a painting!

Super job, team Aiden! Lynda & Jack, I am going to run you through the clone machine!!! Thank you so much for the fabulous job you are doing with Aiden.

In the older classes, the competition gets stiffer and stiffer. Many people train just as much for the show ring as they do for other things.