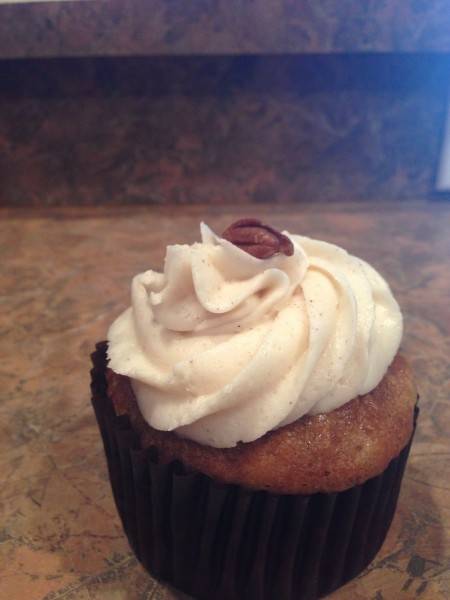 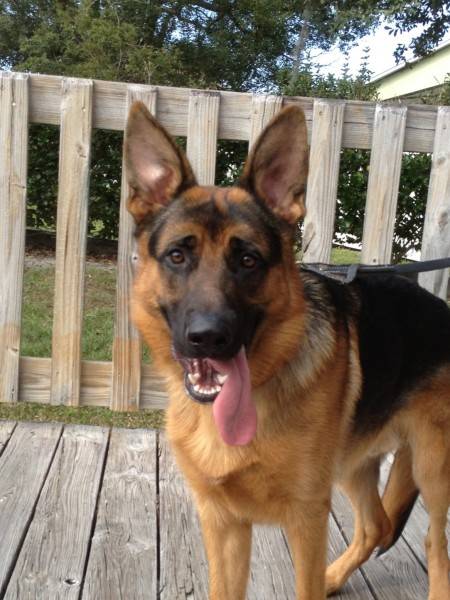 Out and about on the town this weekend. Here’s a crazy long tongue picture-next time i will try to line it up between his teeth. We’d been walking for a while and then headed down to the Farmer’s market, where Kai got lots of attention. There are a lot of people and dogs there and we were walking in very close quarters. He did great! Lots of people came up to pet him and one even asked if she could take his picture. Two min-pins in a stroller went by and boy were they crazy, frantic, aggressive energy. Like Yikes! I think Kai and I were both kind of stunned by it. So proud of him!!!

Let me reflect on that pride because a couple of things I haven’t been so proud of…like Friday night he got a rotisserie chicken out of the kitchen trash and ate a good bit of it before I caught him; I worried about whether there were bones etc but he seems fine. I’m blaming that one on my husband since I was in Michael’s room sweeping up massive amounts of hair around the edges of the crate. And for those interested, I absolutely love Mr. Roboto, the amazing Roomba. Whenever he kicks the bucket due to those massive amounts of hair, he will be immediately replaced. In fact, I should start a replacement fund now so the $ could be set aside for that tragic day. He runs every day and it is *amazing* (we’ll go with that adjective) how much hair he picks up.

Being a little bad on his birthday tonight…helped himself to some leftovers off the counter and getting ready to take a 2nd look around. 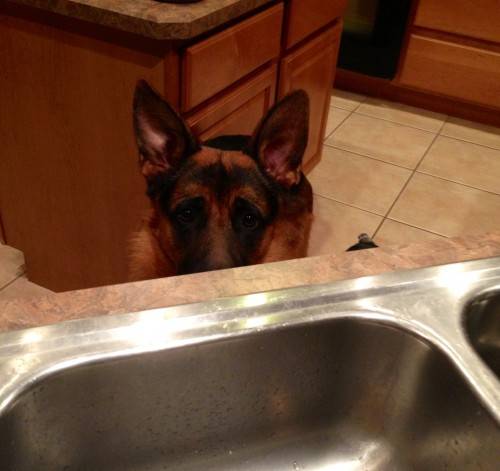 When I see him in pictures, I realize he still needs to grow into his ears. These are all iPhone photos -they’re just so easy to upload and I wanted to post something tonight so expediency won out. 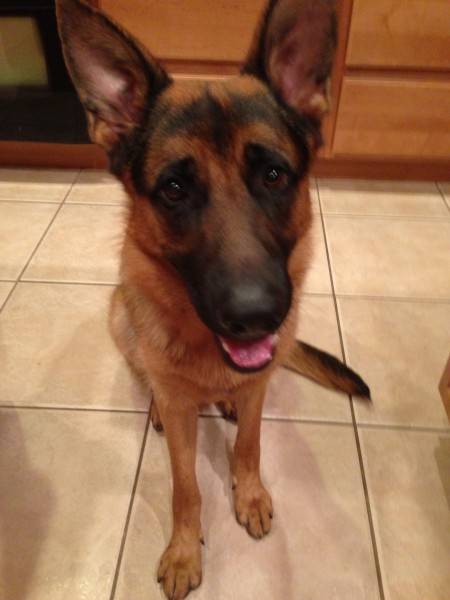 It’s about bedtime for Mr. Kai. He purposely steals the one ball Fergie plays with, just to torment her. She gets ugly possessive about it and he’s starting to give her some attitude back and kind of go back at her. She doesn’t seem to back down from this-I hope one day she doesn’t bite off more than she can chew and he decides he’s had enough-I break it up and away goes the ball. She is stupid-does she not know he’s a German shepherd?- and he is a brat.

As far as his new trick of opening kitchen cabinets, I haven’t decided whether to be proud he’s smart or annoyed at his big paws about to claw them up.

Yum… that cupcake looks good… & so does Kai. Can’t believe how fast he’s grown.
Love the pictures & the stories behind them.

Sneaky sneaky Kai! He looks so much bigger than Fenris, ears and all. How much does he weigh now?

Scarlett and Michael
Reply to  Presi

Hi Presi,
He is sneaky and he said tell Fenris stealing a chicken is better than eating a sock, bro. LOL
I think he’s about 81 lbs.

Now I want a cupcake.

Hope you are well, Scarlett! I always wish we lived closer. But then I moved to CA and really messed up that plan.

Scarlett and Michael
Reply to  JK

Jennie!
My husband said “none of those pictures are good” when I posted them. He didn’t like the long crazy tongue one and said the one looked like a fishbowl so you may be right about the angle.

How is California? It is too bad we aren’t closer…we could be crazy dog people together. I told my mom and sister that Kai was 11 mo yesterday and pulled up this post and said I had to put his 11mo pic on the blog…I think they made a crack comparing it to what I did with my boys when they were babies…kind of reminded me of your sis’s comments to you with Batman. 😉 cupcake was banana with pineapple and frosting was cinnamon something. Yum.

What??? Counter surfing?!? Now where did he ever learn that from? Oh, he is so much Allie’s boy!

He is definitely his mother’s son…opening cabinets is right up there with her skill set of turning on faucets, opening doors and latches, and other mischievous no good.

I enjoyed the stories and pictures!

I never use my roomba, I should send it to you.

Scarlett and Michael
Reply to  Julie

My cabinets have no handles or knobs and he still did it. Maybe I should install some to make it easier for him and easier on my doors. I took the treats out of that bottom cabinet so he hasn’t done it lately.

It is apparent that the Allie babies like the sport of counter Surfing. When caught you get the look like “see, I’m saving you from having to take care of these nasty leftovers” No look of shame, nothing. Gotta love these kids

omg, the look in his eyes in that last photo could melt your heart … I would have given him another cupcake. After all, you only turn 11 months old once!!!