Whiskey is our 12 year old miniature pinscher.  He has his CD and was ready for his CDX when I retired him at age 7 due to a back injury.  I do not train with him – I pulled him out as a “filler dog” for class twice last summer when Pieka was in heat.  I think that’s the last time I did any formal obedience with him.  Just for kicks, I got him out for a picture session this morning: 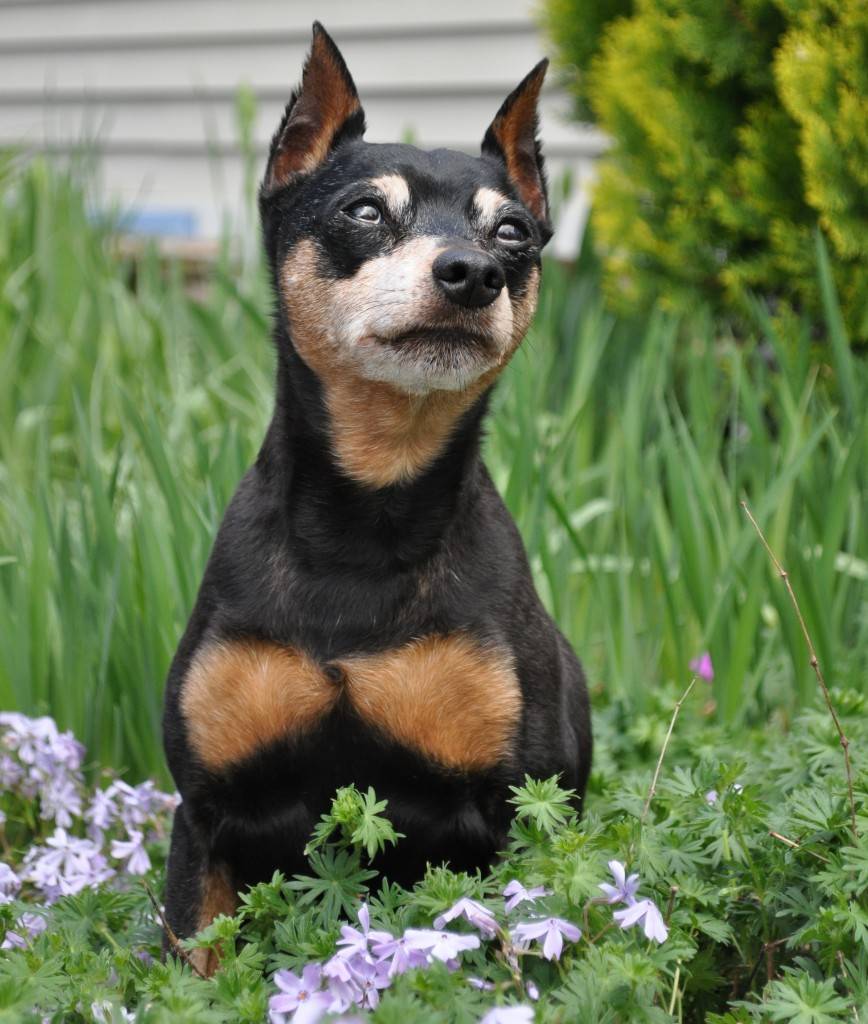 Still Handsome, Despite the Grey Hair 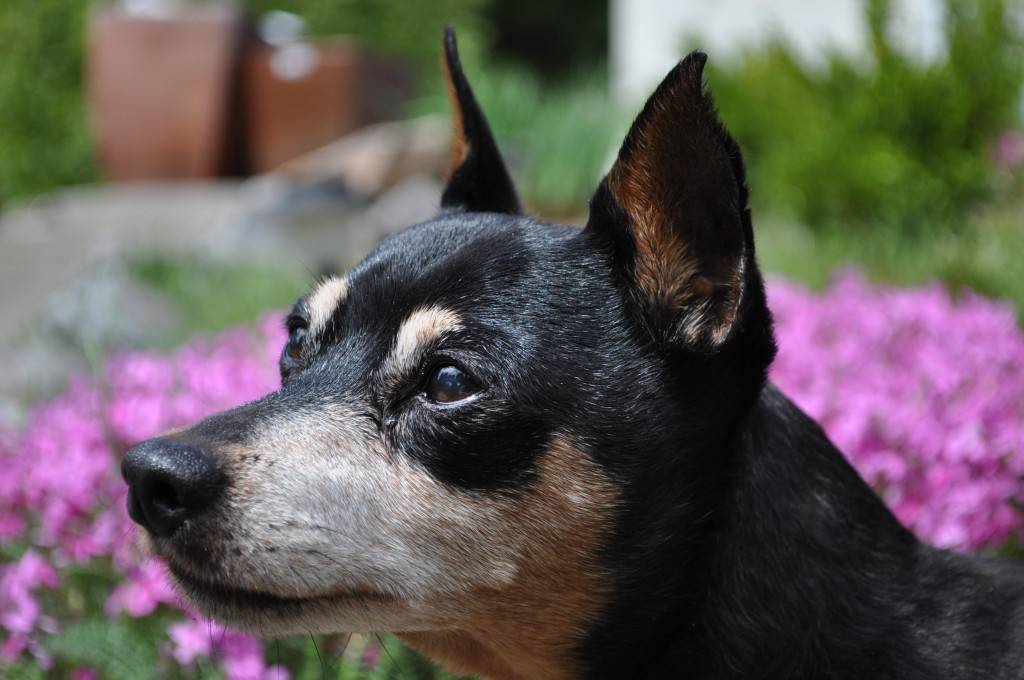 His markings USED to be mahogany!

He takes his recall very seriously.  The faster he runs to mom, the quicker the reward (or being picked up will do nicely too, he’s a real mommy’s boy and is draped over my lap right now). This was from about a 30 foot stay. 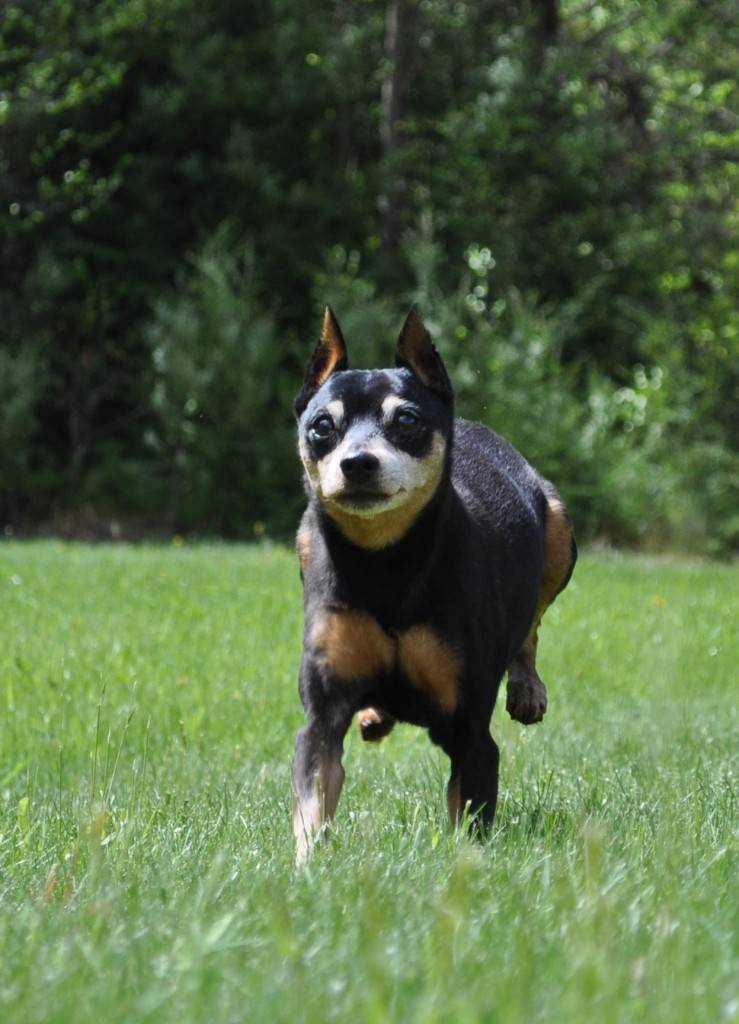 Playing with heeling. This isn’t too shabby for no collar, no leash, and no practice! 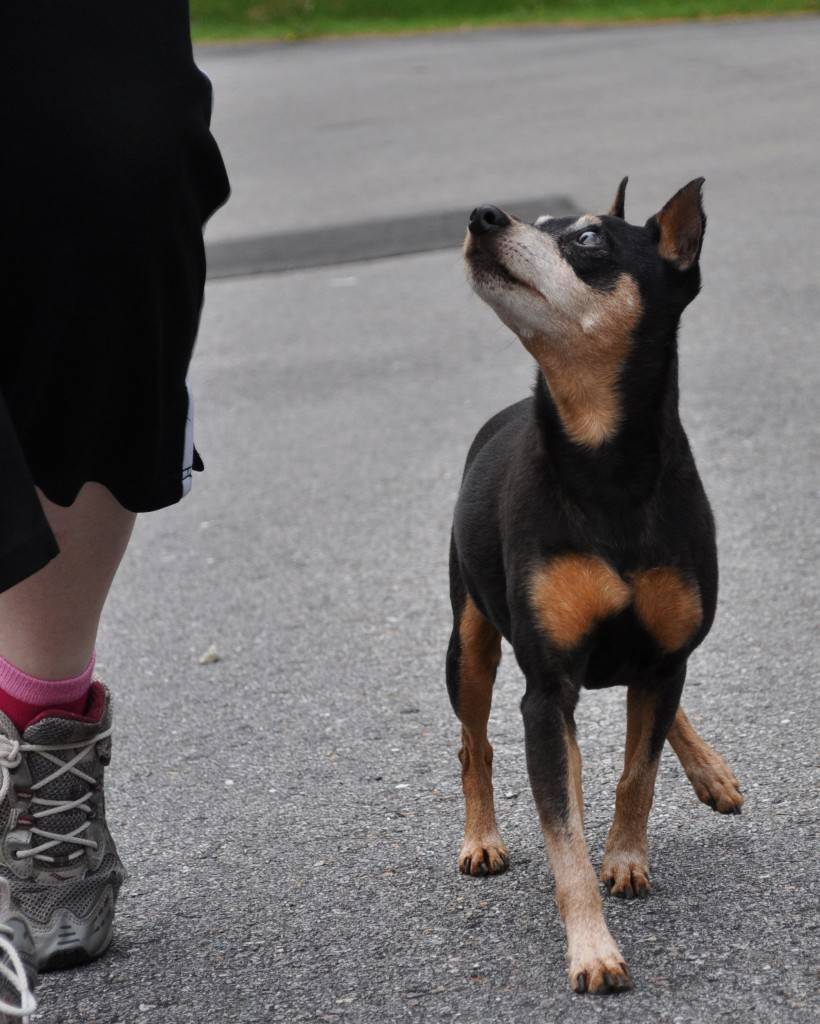 He's about 6 inches out too far, I'd get dinged a point or two, but I'll still take it! 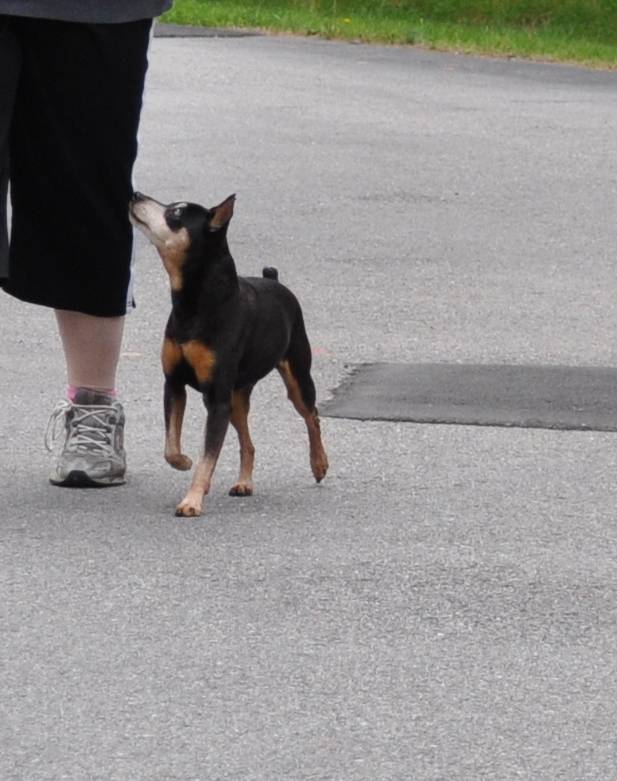 And finally, showing that he may be old, but he still has some “bounce” left in him after his release! 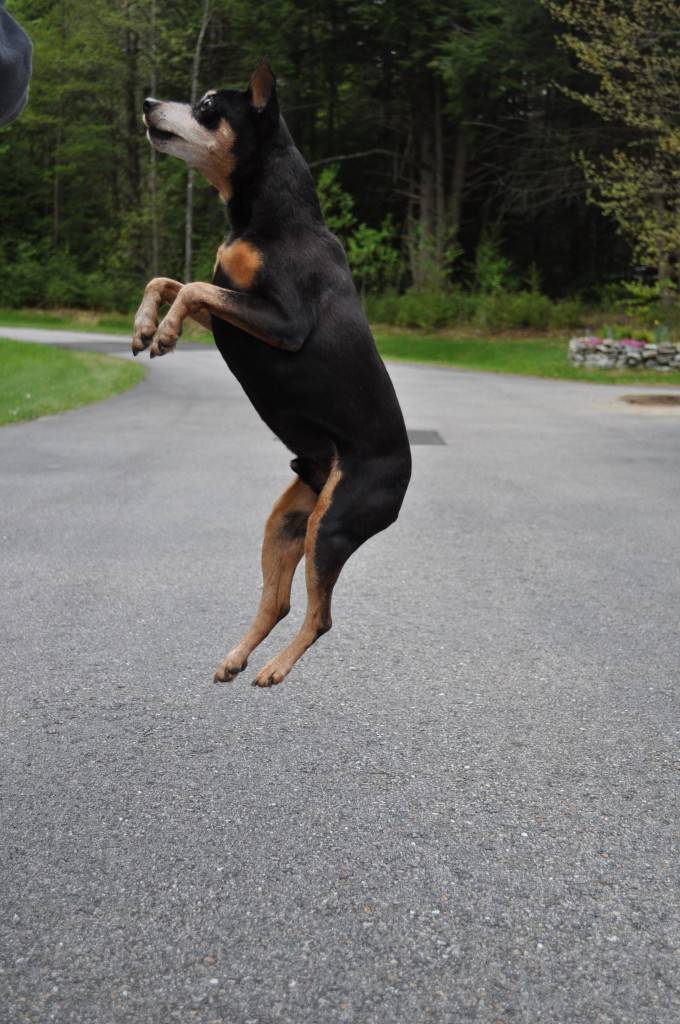 Oh I love the old dogs! These pictures are priceless! Thank you Jaime.