We have a few odds and ends to share.  First, most of you know that Pieka has been in heat.  The first class in the Taking it to the Streets series began this week – the instructor mandated some sort of “heat clothing.”  Thus, my poor dog attendeed class in a pair of Charlie Brown Christmas boxer shorts.  I am not kidding.

Second, our backyard project is coming along.  Sort of.  The patio and sidewalk are done, but they need 3 days of good weather for the fence.  This means that there is still a huge mound of dirt on one side of the yard, along with a large pile of fencing materials on the other. 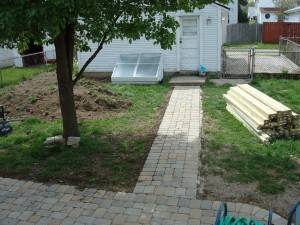 The pavers do look very nice, though, I think.

While Louie and Pieka are busy rolling around on the dirt pile, Whiskey (our 12 year old pinscher) would never act so undignified.  Instead, he perches delicately on the pile of wood, avoiding all that nasty dirt. 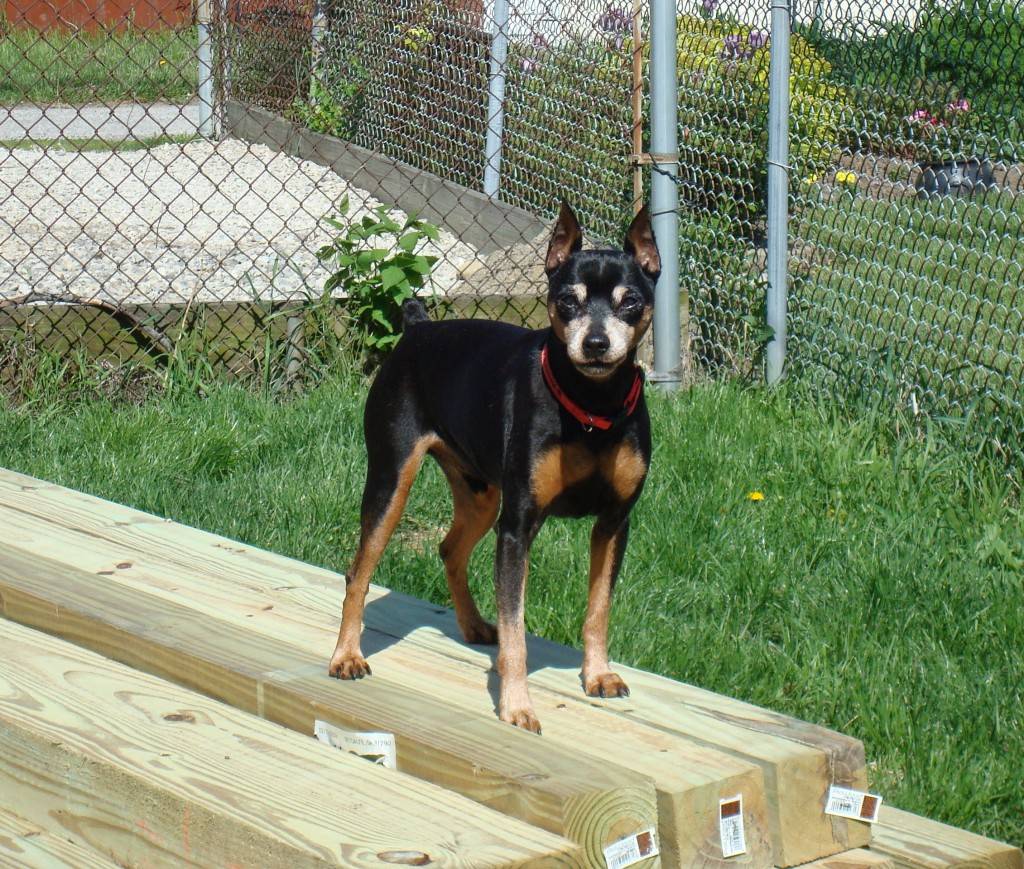 He looks pretty good for an old guy, doesn't he? 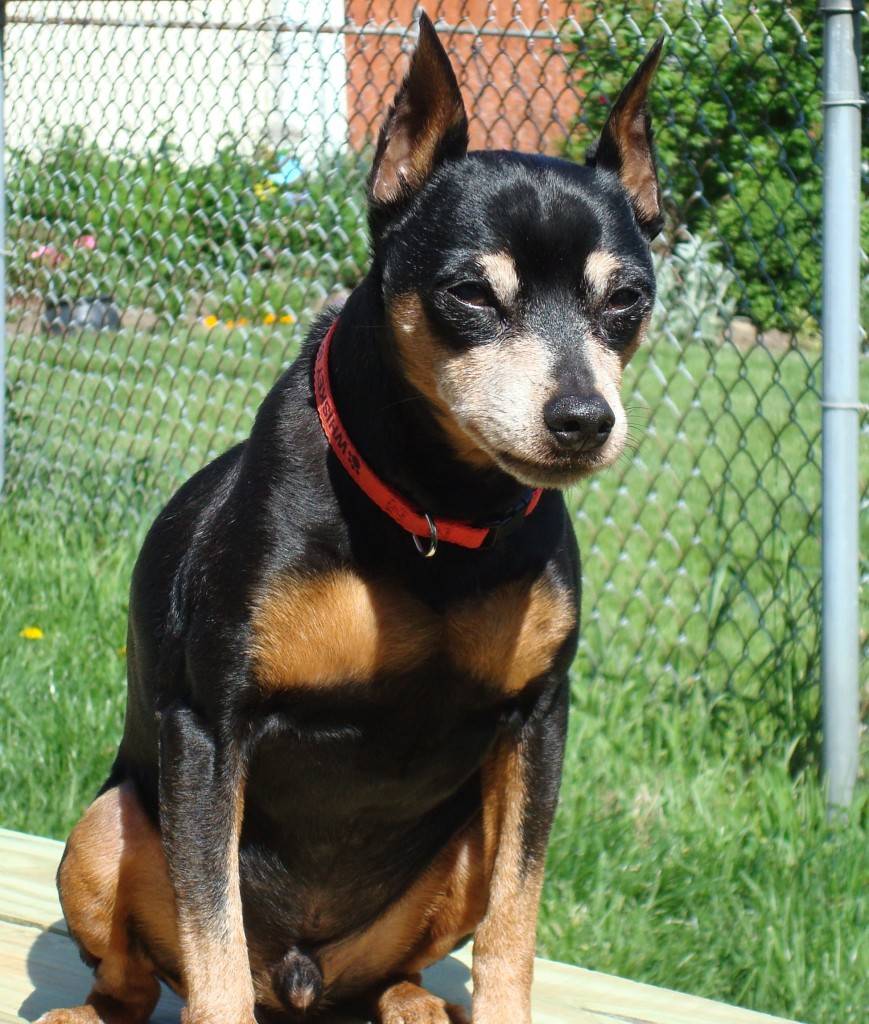 Squinty-eyed bliss from the sun....

A very nice boy your “Whiskey” he looks large & in charge! I have always been partial to black & tan dogs … Hal

I love the oldsters. Peika looks charming in her Charlie Brown panties…and it could have been x-men or smurf panties…

Whiskey is very handsome and you can tell that he is dignified—no Charlie Brown pants for him!

My knees are sore just looking at all of those pavers! It will be great when your project is finished. Keep us updated on your progress.

I forgot to say that the pavers look fantastic! Reminds me of the two pallets of pavers sitting in my front yard waiting for someone to install them.

If you have Salsalate, I could have done pavers!