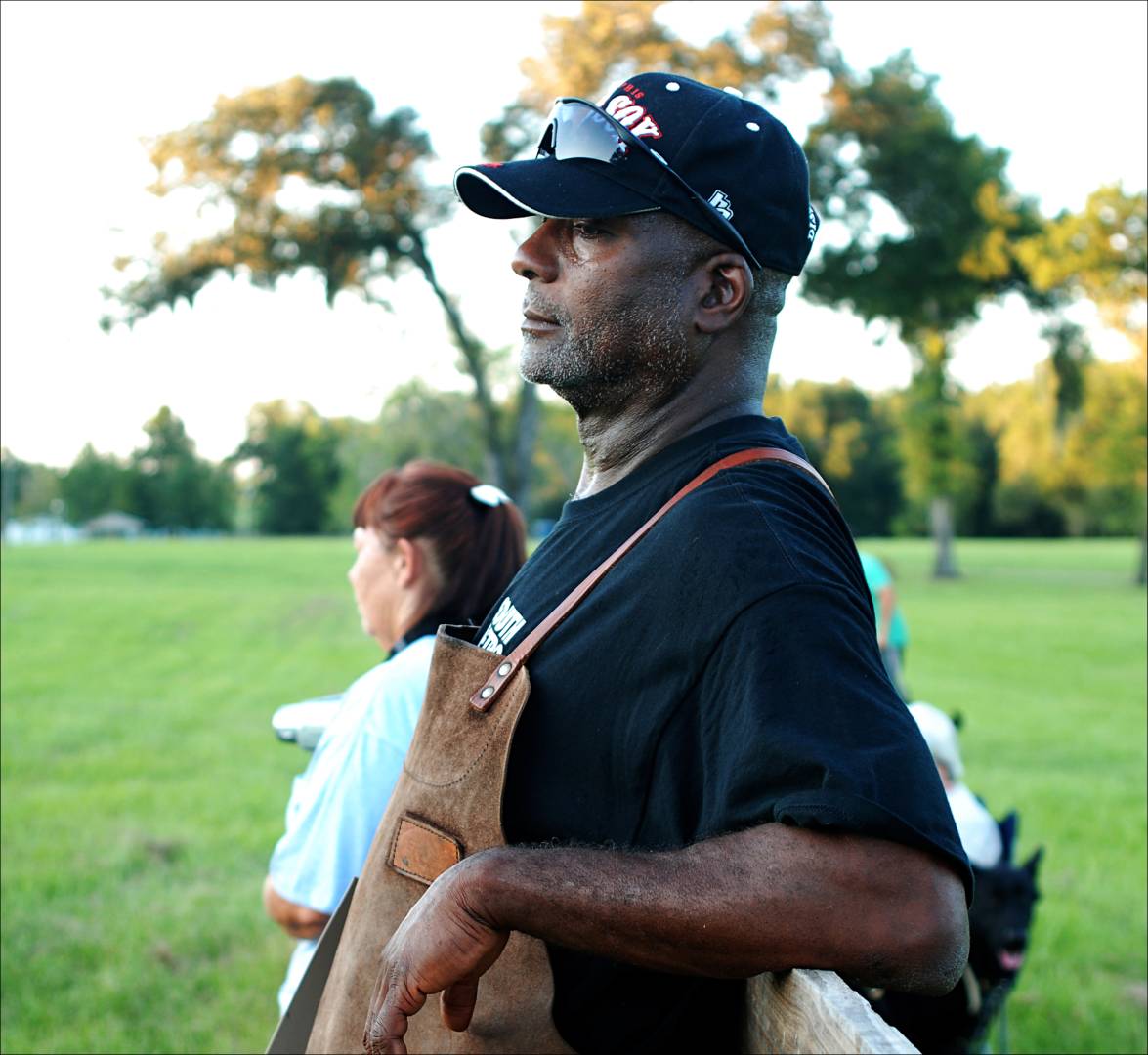 Julie Hesse & I attended a Schutzhund Seminar with Wallace Payne this past weekend. To say that you’ll get your money’s worth attending one of Wallace’s seminars is an understatement. There were 10 handler/dog teams (including Kayla), and numerous spectators (including Rudi). Wallace worked with each handler/dog team one-on-one, with the entire group observing.

The group consisted of people with no SchH experience (me), to people who were Wallace’s competitors. No matter where in your training level, I guarantee you’ll learn something from Wallace. You have to…

Wallace’s basic philosophy is, “the will to win is not nearly as important as the will to prepare to win”.
No matter if it’s tracking, obedience, or protection, Wallace could not stress enough the importance of building a proper and solid foundation in your training program. He stressed not being in a hurry to move to the next level of training…greatness is in the detail.

Each team worked their dog at least twice each day in Tracking, Obedience, and Protection. In the first session, Wallace wanted to see what you were doing with your dog so that he could properly evaluate and give guidance for future sessions. Tracking was first. When it was Kayla’s turn, he said to me, “Ok. Go lay your track.” I said, “I’ve never tracked before.” “NEVER??” “Nope, never.” “OK, come on, I’ll show you how to lay your track.” Actually, I think it was to my benefit to have never tracked. Wallace made certain that we started with a good foundation…it was done right. From the beginning of the track to the very end, he stayed by my side and made certain that it was done right! From those two days with Wallace, I have no hesitation of starting Kayla in tracking and know that I’m on the right training program.

Detail and discipline is obviously important. Wallace doesn’t care if you are a beginner or an experienced competitor—he’ll spend quality time with you. He is willing to teach you and your dog, but he expects you to pay attention to the details. If you do, you’ll home with a solid game plan. It is also quite obvious that Wallace Payne isn’t doing seminars for the money…it’s for the love of the dog and the love of the sport.

Wow, Carole, it sounds as though it is exactly the kind of foundation one needs! I’ll look him up and see if he ever comes out my way. I know I would have loved his seminar – thanks so much for sharing!

Carole and Julie H: You were so lucky to be able to go to this seminar. I am so envious.

I like this picture Carole. Wallace is leaning back yet you can see he is not missing a thing.

Julie—you would have loved this seminar! You’re right…Wallace doesn’t miss one beat!

As I’ve said, detail is very important. Wallace took notes on every dog & handler. He was quick to point out errors, and just as quick to tell you when you’re doing right. All the signs of an excellent trainer.

Thank you Ann for sending me info on Wallace’s seminar. You ROCK!!

Carole you said it all…Wallace Payne is an exellent trainer/teacher and attention to detail is the way to greatness. He was so generous with his time and knowledge. I can’t even begin to say how much I learned from attending last weekends seminar. Again, so good meeting you Carole and looking forward to more photos… Julie H 🙂

Julie H.—I’m glad you & Rudi were able to come for the day. It was nice attending the seminar with someone from the Alta-Tollhaus family. I most definitely enjoyed your company. I’ll see what else I can line up in FL, so you & Rudi get your bags packed.

Rudi is a great pup with an excellent temperament…a true credit to his breeder & his owners! I’ll also be looking for some dog shows. Rudi needs to be in the ring!