The Competition is On!

Grizzly and Sydney are not litter mates, but they might as well be. Talk about sibling rivalry! They are both very nice to the other pups in class but to each other, there is always a competition going on. Michelle handled Grizzly today and John was kind enough to take photos. 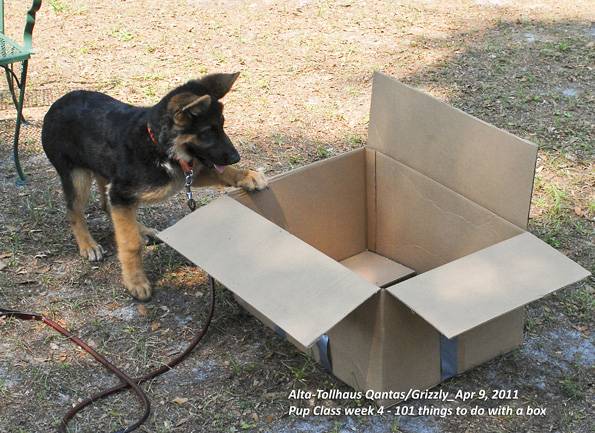 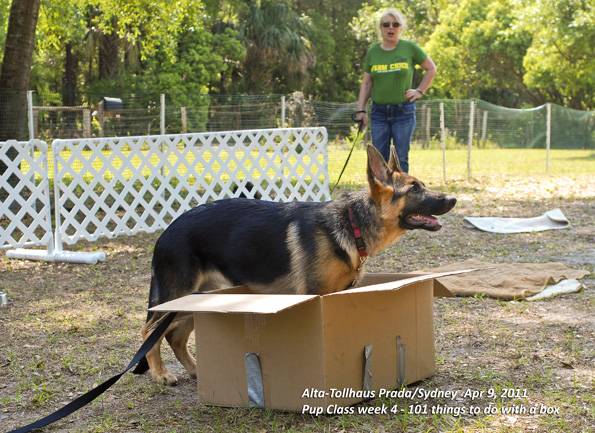 Sydney was inside this box within 3 clicks. I said that I’d be able to get her to sit inside the box. Deb (in the background) said that she is too big for the box. I love Deb’s expression in these photos! The flap came up while John was shooting—he repositioned the flap and that did not break Syndey’s focus. 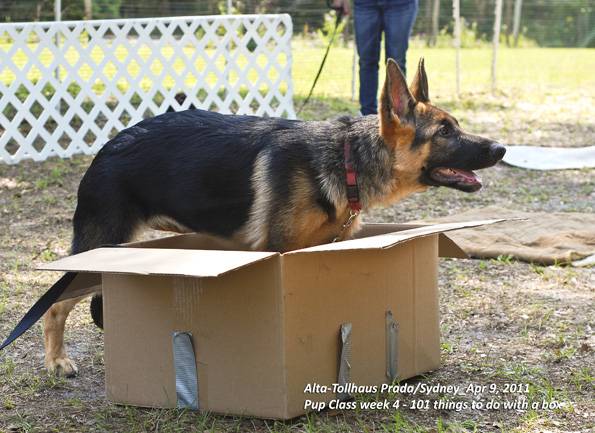 Notice her left rear leg is going over the edge of the box. 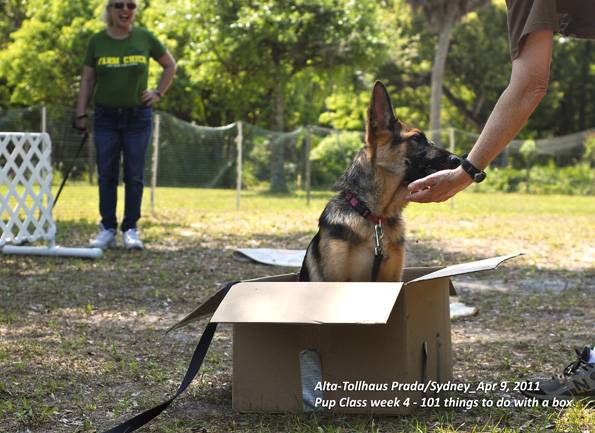 Yummm! Jackpot!!   Grizzly watched Sydney—now they both want the box.  Our goal is to get them in the box together. I bet we can do it!

Aiden at a new agility venue

get them in the box together and still have the box in one piece???

Duct tape is a marvelous thing!

Julie I was thinking the same thing, especially after she said they are getting a little extra rear.
Like putting 10# of potatoes in a 5# bag. LOL

Can we fit Ivan in the box too?

Is getting them both in the box going to equal 2 siblings sitting in the car next to each other on a long trip?