Yesterday the Brewster Police Department received a call from concern citizens. While out for a walk the couple passed an unoccupied summer cottage and heard what sounded like an animal in distress coming from the bulkhead. They opened the bulkhead and saw a baby fox. Not knowing how to handle wildlife they called for help.

Upon arrival I went into the basement and was able to capture the fox kit and place him in a cat carrier. Once in the carrier he started to “yap” for his mother. I put the carrier behind the house and watched from a distance to see if there was any sign of the mother. When she did not appear I checked the area but was unable to locate the den. The kit was too young to be on its own so I transported him to the Cape Wildlife Center in nearby Barnstable. 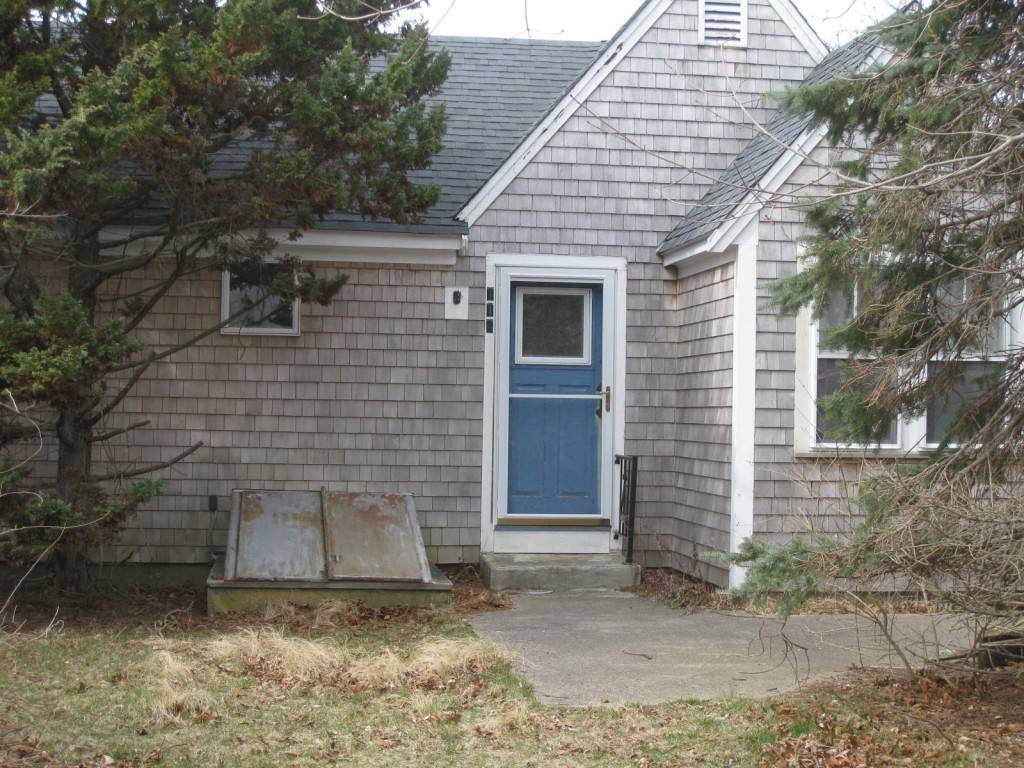 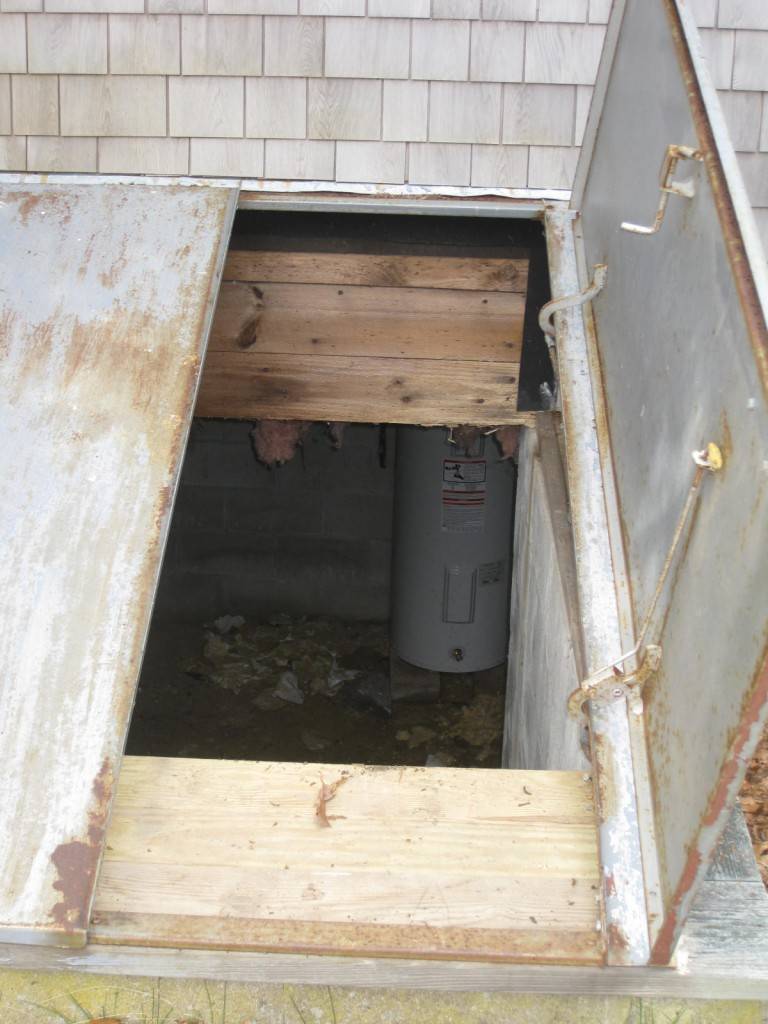 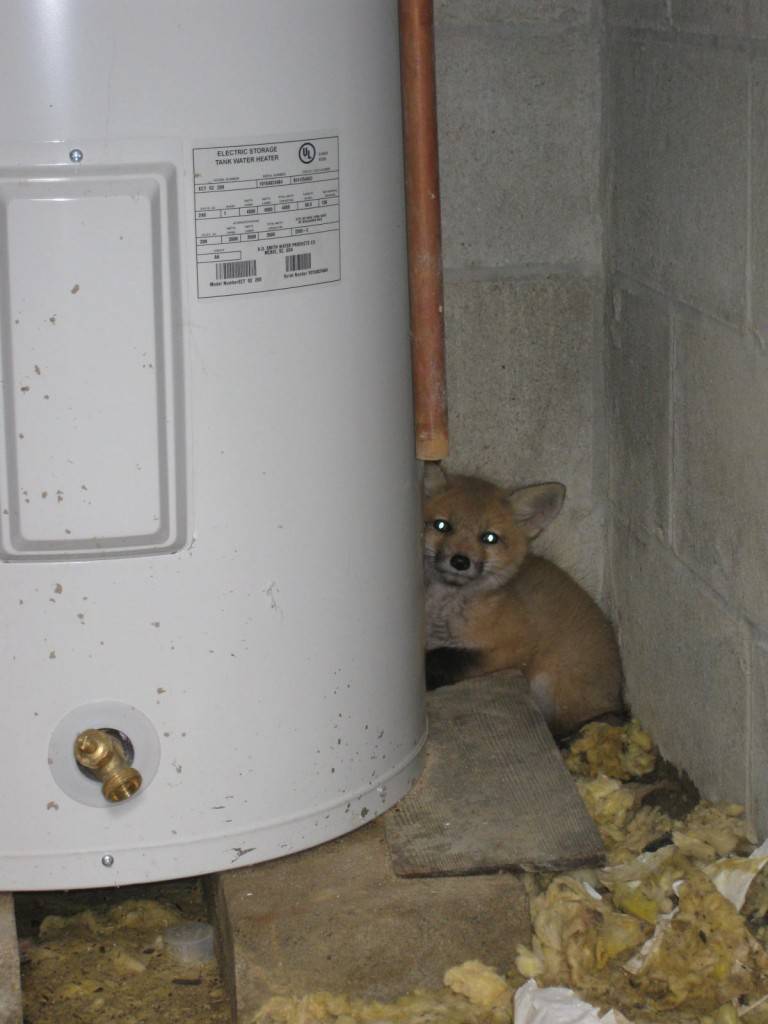 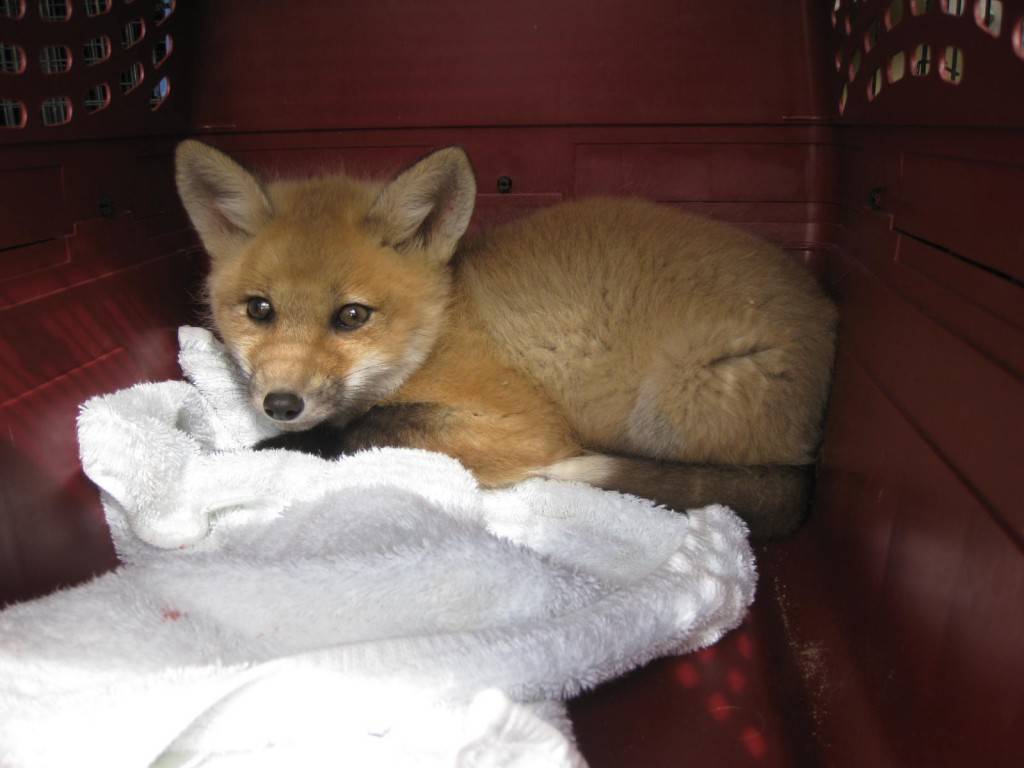 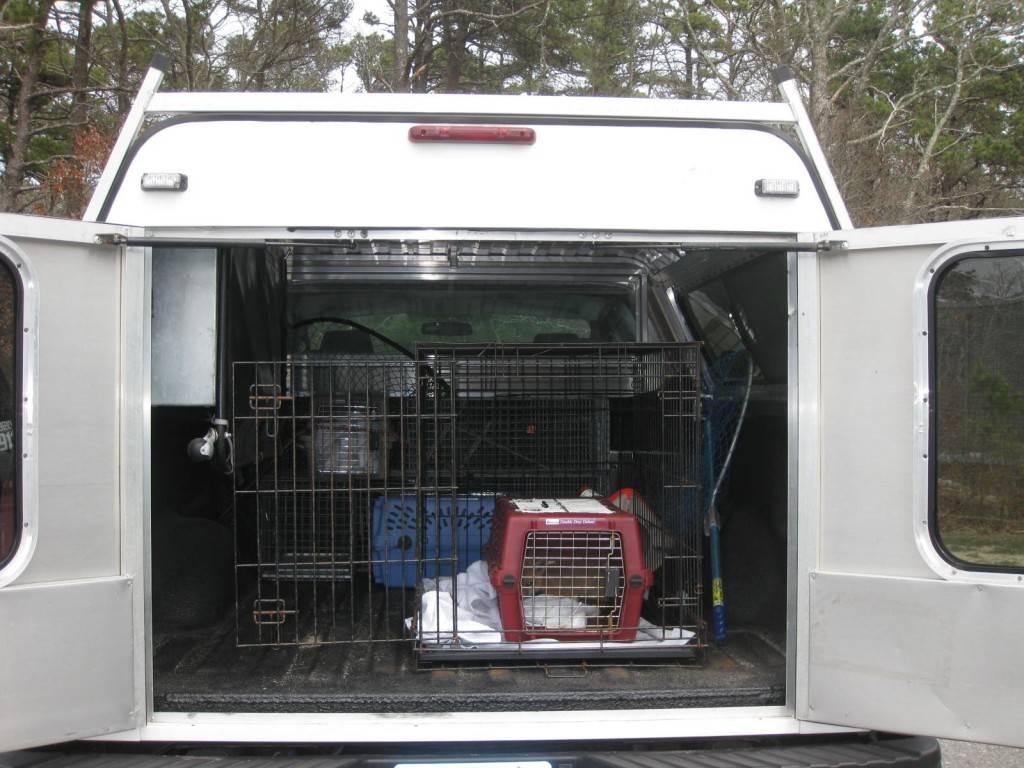 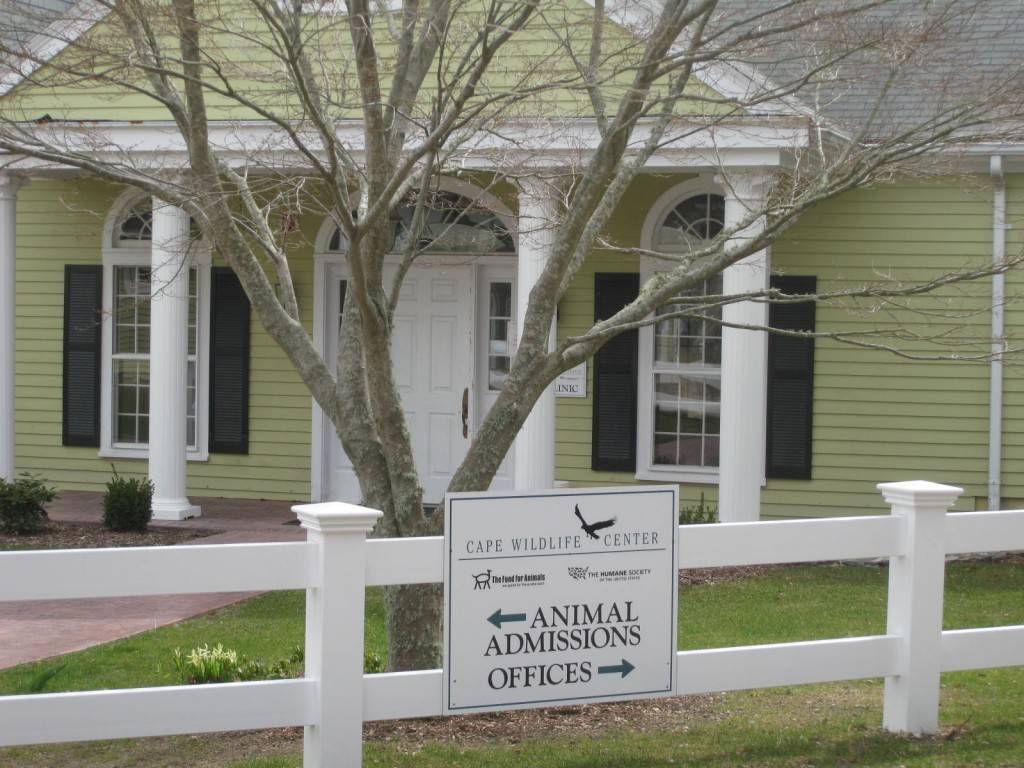 Awww good thing someone cared enough to call for help. The kit may not have survived withut mama.
Lynda, you certainly have an interesting job.

Karen,
I forgot to included in the story that the house has a crawl space under it with one section as a “basement” for the water heater. It would seem that the mother fox may have gone under the house to hunt for rodents and the kits would follow her. This one must have fallen in to the “basement” section with no way out and nothing the mother could do to help him. There was no water source in the basement so the kit would have died if these people had not heard him. He appeared to be in good condition so he could not have been there too long.

AHHHHHH so cute. How did you catch the kit?

As it was a young fox I put on heavy, kevlar lined gloves and put a towel over the kit. I was able to pick it up and place it in the carrier without a problem. If it had been an adult I would have used a restraint pole.

@ Julie
Maybe Allie would raise it. She might not notice an extra one. What do you think?

This little kit was very lucky to have a concerned citizen and you on its side. If I find a baby gator in distress can I give you a call?

The people said they don’t often go that way…and the fact that they heard the fox at that time… and they bothered to stop and listen more….it really is a lucky little fox.

I’m available to help baby gators between November and May as long as you send a prepaid ticket to warm, sunny Florida!

That’s a wonderful story Lynda. The kit looks really healthy. Will he be able to be released back into the wild when he has been given the once over?

Yes Andrea. It is at the rehab center now and they will evaluate it. It appeared to be in good condtion and could not have been trapped in there for too long. When it is old enough to be on its own it will be released again. There is another wildlife rehab about 1.5 hours from the Cape that had called the Cape center last week as they had a baby fox also and wanted to see if anyone had another so they could be raised together. The Cape center is going to contact them and see if the two kits can be together until they are old enough to be released.