On Saturday Aiden’s first class of the day was Masters FAST Preferred. He had a good run, racked up 79 points and got the Send Bonus. He qualified in 1st place.

The second class of the day was Masters Standard Preferred Agility. Aiden had a clean run and qualified in 2nd place earning 26 PACH points.

The third and final class of the day was Masters Jumpers with Weaves Preferred…..Bad handling by me caused us not to double Q. I was so mad at myself. 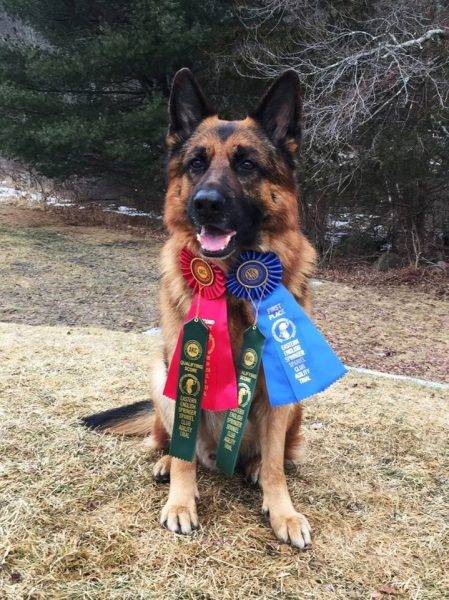 Sunday was day 2 of the Agility Trial. We woke up to snow much to Aiden’s delight! 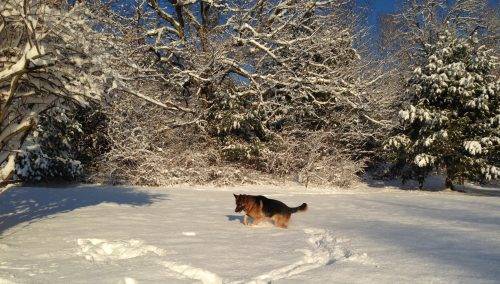 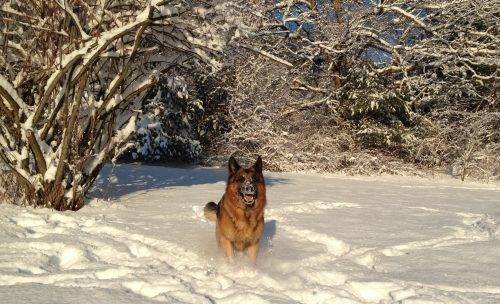 In Masters Standard Preferred Aiden had a super run and qualified in 2nd place and earned 26 PACH points.

Next up was Premier Jumpers with Weaves. Unfortunately, our video camera died on Jack…not just the battery but the camera itself.. as Jack was about to video tape. Aiden had a very good run and did all the wraps etc without going off course. He knocked one bar so did not qualify.

Aiden’s final class of the day was Masters Jumpers with Weaves Preferred. He had a good run and qualified in 1st place earning 18 PACH points and a DOUBLE Q !!! What a weekend. Good Boy Aiden! (This video was taken on our Ipad) 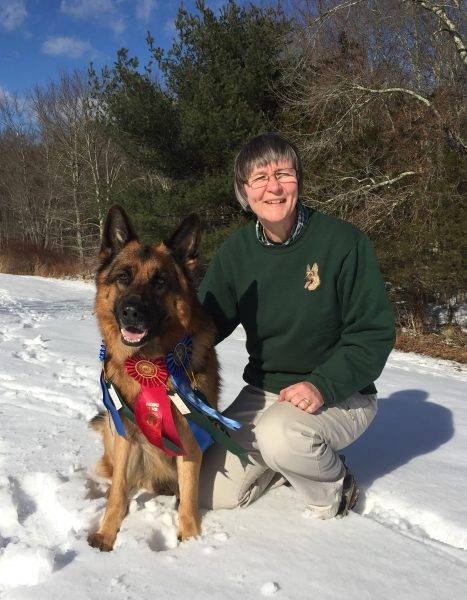 Aiden had a pretty good weekend! 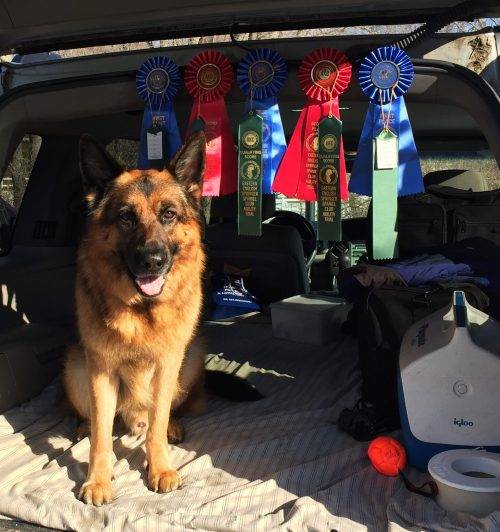 Aiden is not entered in any trials until the end of March. Today felt like spring on Cape Cod…sunny and about 50 degrees! After doing some yard work in the morning I took Aiden to Crosby Beach for a run on the flats with his friends Lark and Hank. 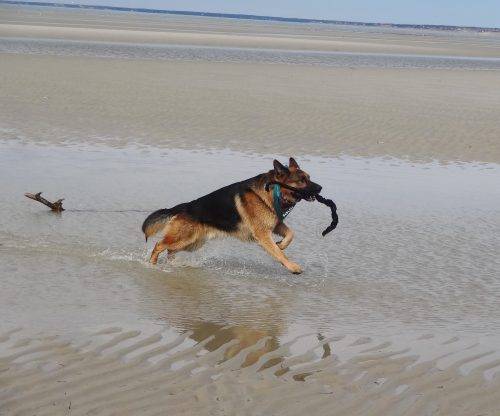 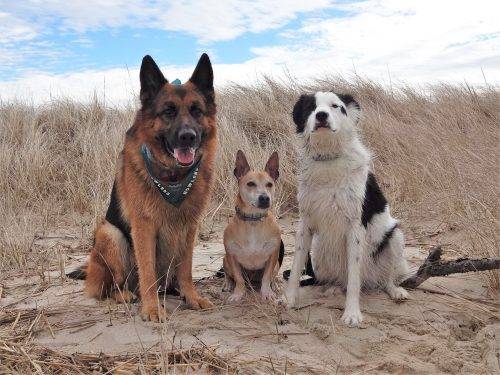 Nice runs. So lucky you are getting such nice weather to get the dogs out.