Aiden’s weekend with his Mummy

Due to circumstances Jack was unable to come with Aiden and me on our long agility weekend in New Hampshire.

On Thursday afternoon Aiden and I drove up to Manchester and checked in to the Best Western Hotel. 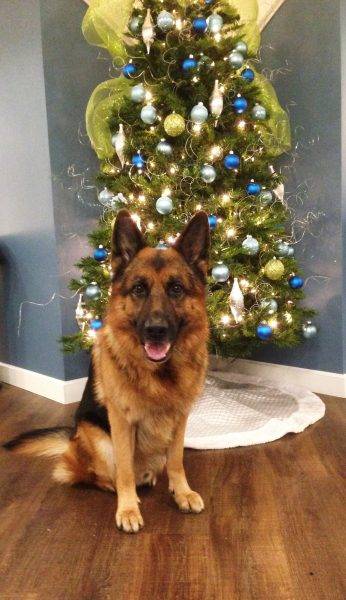 On Friday morning we drove to American K9 Country for the Yankee Golden Retriever Club Agility Trial. Friday was for Masters/Excellent dogs only. 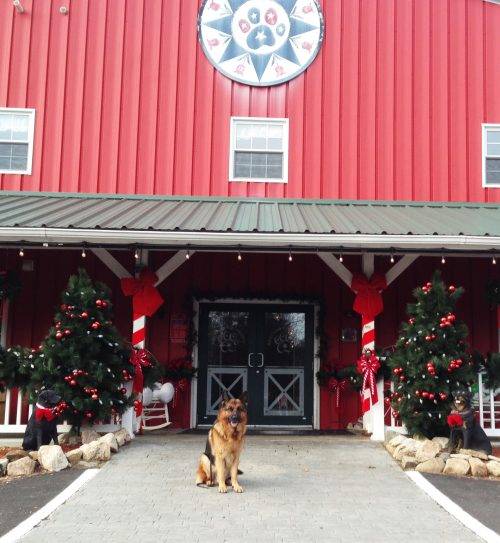 Since Jack was not with us I had to ask friends to videotape Aiden’s runs. I did manage get 9 out of 10 runs recorded. With that many runs in a weekend I have only included videos of the 5 runs he qualified in.

The first class was Premier Jumpers with Weaves Preferred. Aiden had a good run but missed a backside jump, otherwise it was a perfect run.

The third class was Masters Standard Preferred. Aiden had a very nice run on a difficult course and qualified in 1st place and earned 28 PACH points.

The last class of the day was Premier Standard Preferred. Aiden had one off course, but the rest of the run was very nice. 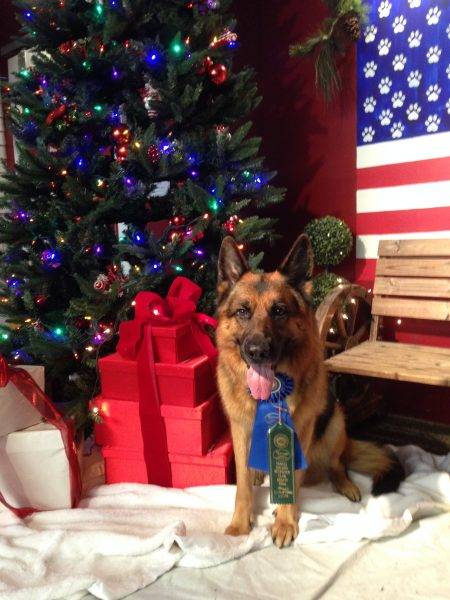 On Saturday the first class was Masters FAST Preferred. The Send Bonus was tunnel (entrance closest to the weaves), weaves, jump. I sent Aiden to the tunnel but he put his nose in the weaves and was faulted so no bonus. Once he did the tunnel he did the bonus perfectly but it did not count. Such a shame. Wish I could have run it again!

The second class was Masters Standard Preferred. Aiden had a clean run and qualified in 1st place earning 26 PACH points.

The third and last class of the day was Masters JWW Preferred. Aiden had another clean round and qualified in 1st place, earning 19 PACH points and a Double Q !! 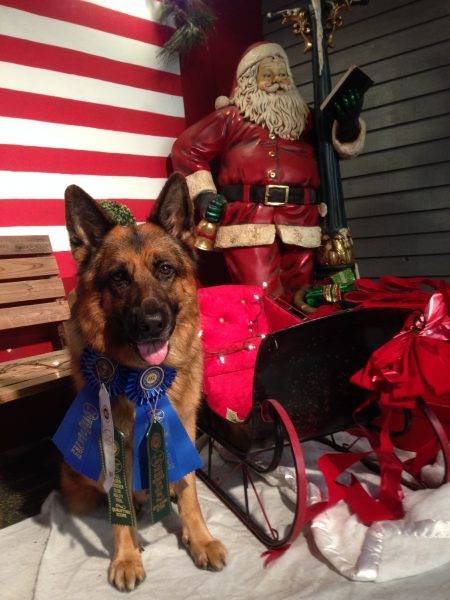 During the afternoon it had started to snow. 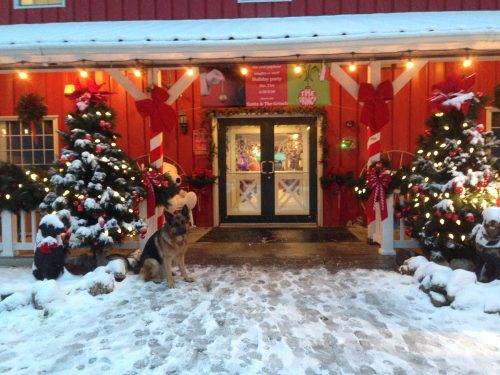 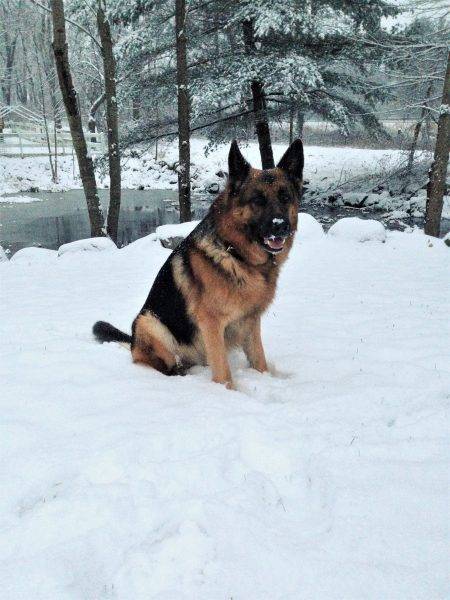 Aiden loving the snow back at the hotel on his last walk of the night. 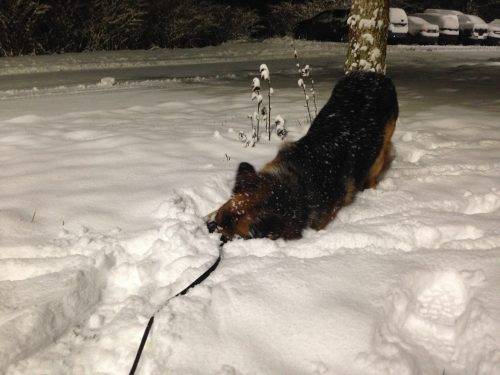 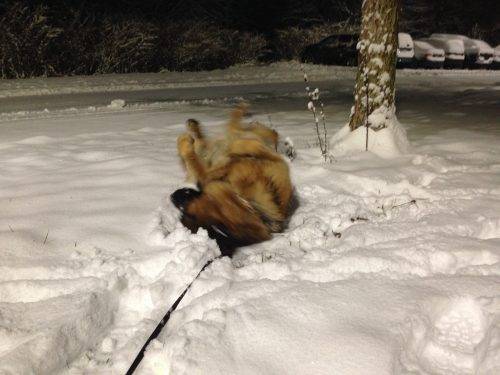 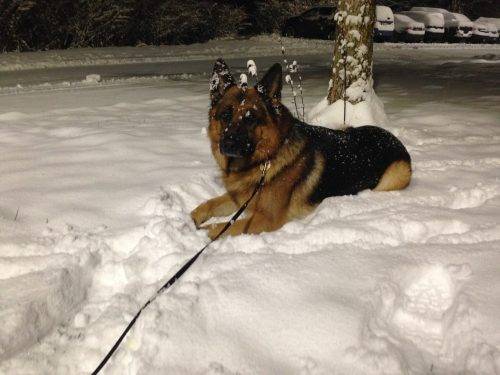 Sunday morning it was back to the trial again. We started with Masters JWW Preferred. We screwed up and I was so mad at myself. I did not make sure Aiden had committed to a jump before I turned away. He normally works so well away from me but he turned with me and missed the jump. Bummer…that meant no opportunity for a Double Q.

Next up was Time to Beat Preferred. Aiden had a clean run and set the time to beat with 27.56 seconds. It ended up being the fastest time therefore 1st place and  10 T2B points. 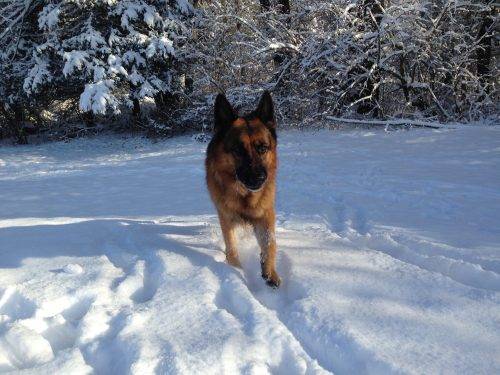 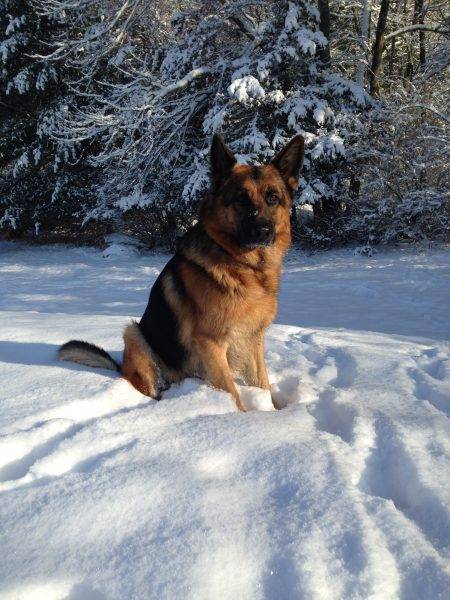 The last class of the weekend was Masters Standard Preferred. It was a tough course with a backside jump, normally only seen in the Premier classes. It took a bit of work (and yelling!) but he got the backside jump and had clean run. Aiden placed 2nd by 6 hundredths of a second! He earned 25 PACH points. 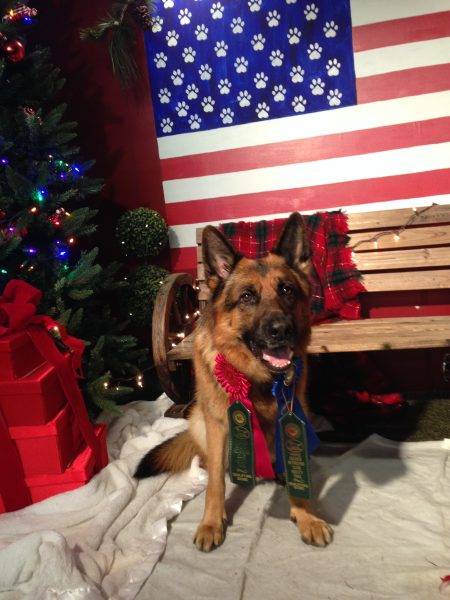 Aiden is so beautiful and I love the pictures of him playing in the snow. Happy New Year!

Thank you.
Aiden LOVES the snow!!
Happy New Year to you and your family too.