Something new for me and Aiden

Sunday October 1st was the very first AKC Scent Work Trial in New England held at the Community Center in Meredith, NH. There were actually two trials in one day. One sponsored by the German Shepherd Dog Club of Southern New Hampshire and one by the Lakes Region Kennel Club.

On Saturday Jack, Aiden and I drove up to NH. It was a grey day but we stopped at Lake Winnipesaukee for a short walk. 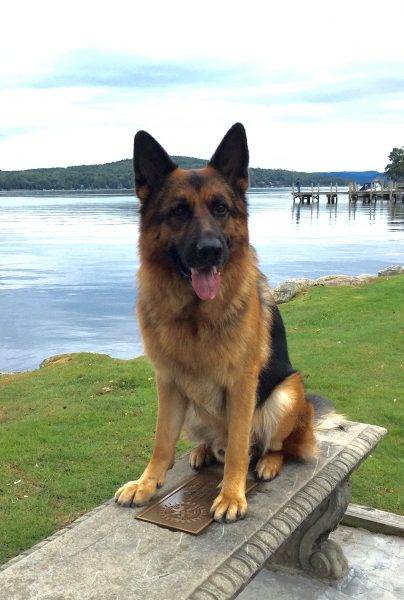 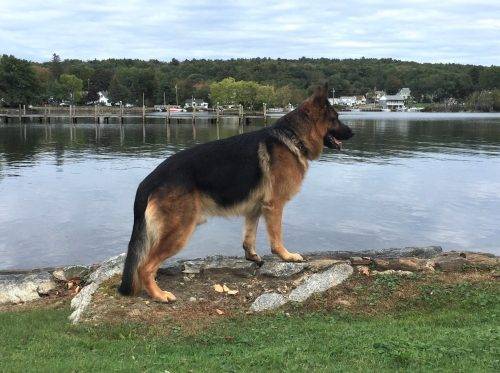 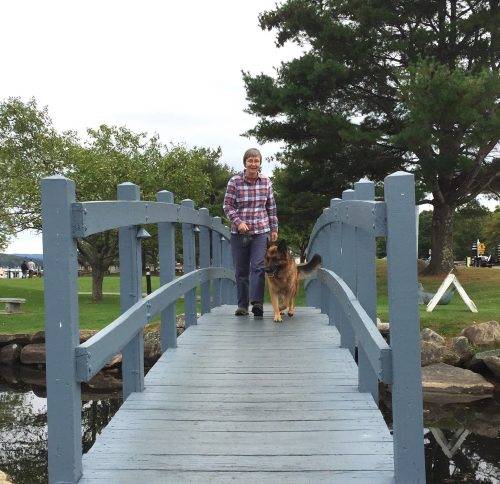 When we woke up on Sunday morning it was 39 degrees and foggy. On our way to the trial we stopped at a covered bridge on Squam River. 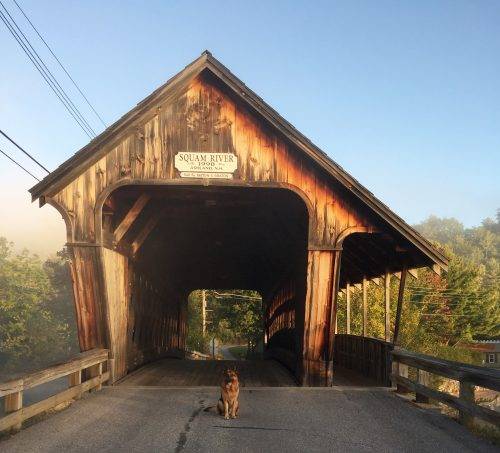 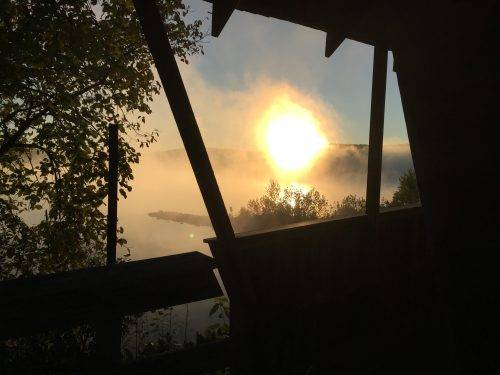 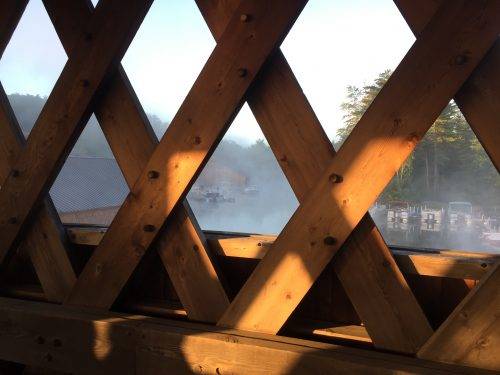 As Aiden and I have never competed in Scent Work/Nosework in any venue he was entered in Novice A in all his classes, Containers, Interior and Exterior. In AKC Novice the dogs are searching for the scent birch.

Aiden’s first test was Novice A Containers. The ten boxes were in a very confining space. Aiden found the box and qualified with 3rd place.

His next test was Novice A Interior. Aiden was a bit uncomfortable with the floor in the hallway area. He took a while but indicated a find and I called alert. The judge said “I’m sorry no”. I pointed to a Nosework tin that Aiden had hit on. Turns out that at some time in the past it had been left behind during training and since Aiden found it he qualified.

The next test was Novice A Exterior. This did not go so well. It was held in a gravel area with dried grass and dead plants. Aiden searched along the wall and did stop at an area. I didn’t read him correctly and thought I would have him search the area and come back along the wall. However he lifted his leg on a bush and he was excused.

Later in the day Aiden started with the Novice A Exterior test. This time he stopped at the scent, but again I was not sure as he did not indicate the way he normally does. He searched a little longer and came back to the same place. I called Alert and Aiden was correct. He qualified with 4th place.

Then it was Novice A Interior again. After making sure Aiden was indicating the scent I called Alert and Aiden was right. He qualified with 4th place.

The last class was Novice A Containers. This time it was in a large part of the gymnasium which we both liked better. Aiden did a super job and qualified with 3rd place.

Aiden with his ribbons. (He actually had two 3rd places and two 4th places but the GSDCSNH did not get their Novice A ribbons delivered in time for the trial!) 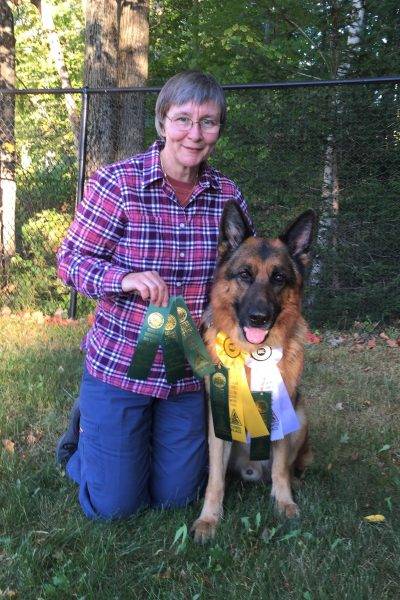