Jack and I took a vacation day on Friday and drove up to Manchester.

Aiden at the hotel with his reindeer, one of his favorite presents from Christmas. 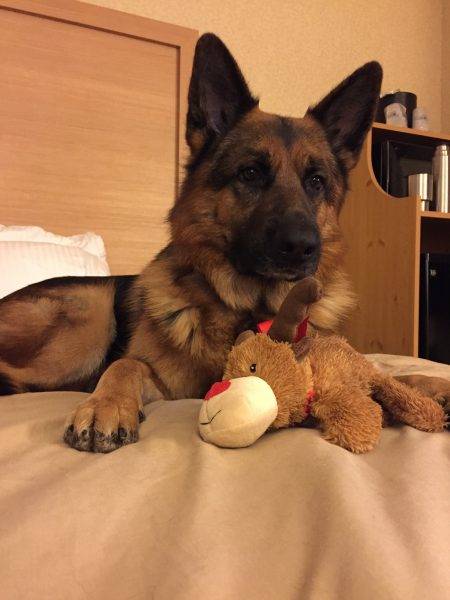 Aiden’s first class today was Time to Beat. He had a great, noisy run and qualified earning 8 more T2B points.

Next up was Masters Standard Agility. Aiden was having a good run when he lost his balance on the seesaw and fell off. He did not get hurt and continued on as if nothing had happened, but obviously did not qualify. I was very pleased with the whole run.

The third class of the day was Premier Jumpers. This was a very difficult and tricky course with lots of backside jumps, threadles and a wicked hard weave pole entry. I was not expecting much but Aiden and I continue to improve as a team, even though this run is a bit “herky jerky” Aiden followed my lead and we had a clean run. There were 9 dogs in the 24″ class. Aiden was one of only two dogs to qualify. He got 2nd place.

Aiden’s last class of the day was Masters Jumpers with Weaves. There were 16 dogs in the 24″ class and 4 dogs qualified. Aiden qualified with 3rd place and earned 11 more MACH points.

New Hampshire has had a lot of snow recently but today was a beautiful, sunny day and the temperature reached 50 degrees. On one of the many times my “kennel help” walked “my dog” I went along too and took a few pictures. 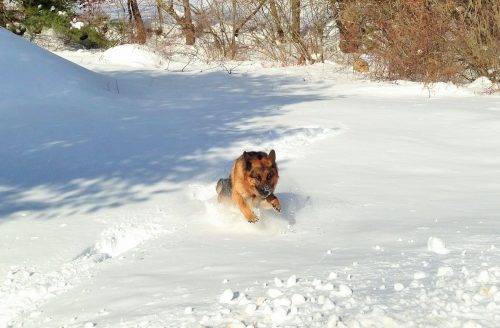 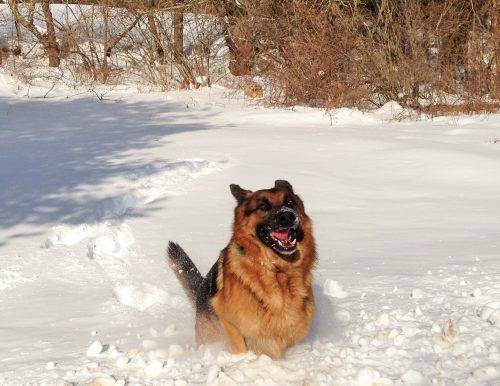 Aiden and his ribbons from today 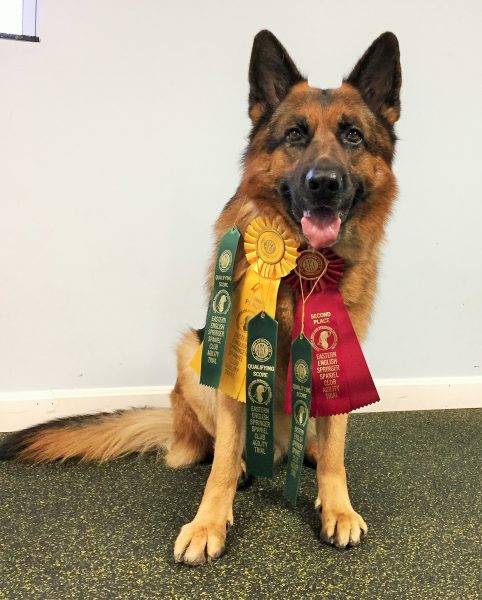 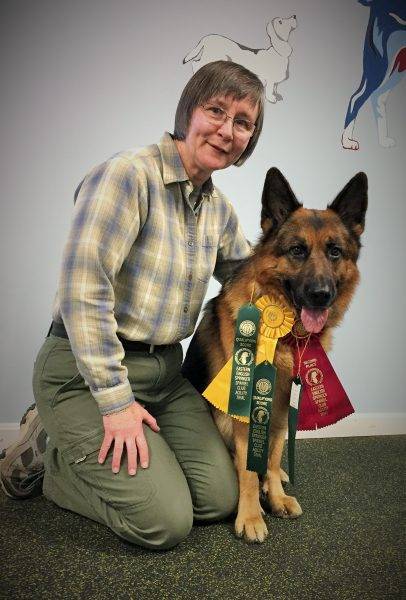 When leaving the trial Aiden found a GSD that was stuck in a snow bank! 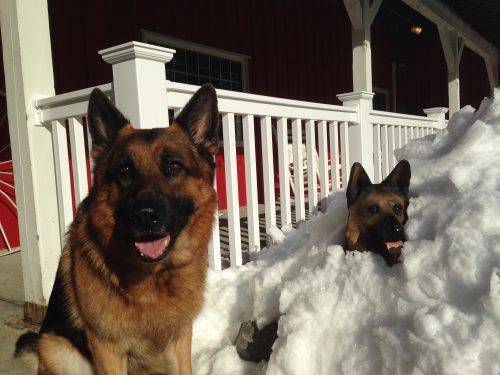 No rescue needed…it’s just a statue 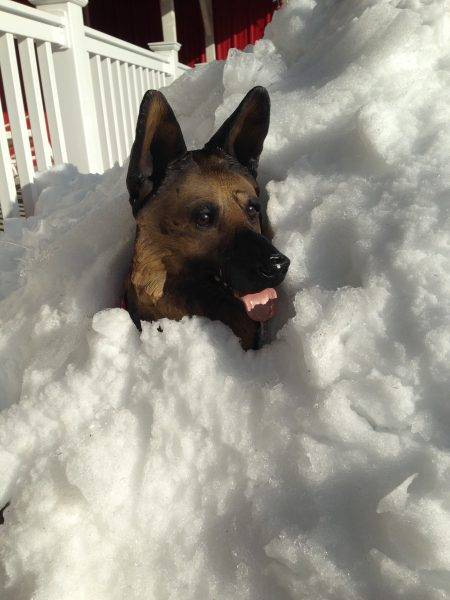 Aiden’s “noisy” run looked like so much fun for him! He’s “laughing” all the way around that course, and the others, as well! On the Masters Agility run, you could hear a universal “oooooooh!” from people when he fell off the seesaw, but he continued on like nothing happened. What an amazing dog he is! This really looks like so much fun for both of you! Go Team Aiden!!!

Thank you for your comments Beverly.
Aiden sure loves agility…he practically drags me into the ring when it is his turn!
We watched the Masters Standard video in slow motion and it seems his back foot slipped off the seesaw so he sensibly jumped off. Luckily he was not hurt and he was totally unfazed by it.
We do both have a lot of fun!

Aiden is gorgeous. I love his enthusiasm in the ring. You make the perfect team. Thank you for sharing your videos.

Thank you. I’m glad you liked the videos.

Premier Jumpers – some tricky handling going on there – congratulations!

Thanks Carole. Premier courses are very difficult. I use them for getting Aiden to run off some steam before his regular classes from time to time. I don’t do too many of them as they are too twisty and have bad angles for such a big, heavy boy as Aiden, although Aiden is handling them quite well. The Premier courses seem to be made more for Border Collies and other “light weight” dogs.

yay Aiden!! Makes me happy watching him! And those pictures of him running through the snow are awesome.