Alta-Tollhaus Kazmir “Bello” (K-litter Gavin x Hedi). Making his ring debut and also getting trained in the ring this day. 🙂 In the stack you can see he is absolutely gorgeous, in the movement, it was not so pretty he was trying to find momma Carin and was trying to go this way and that way and none of the time the right way. Bello was the youngest in the  6 – 9 month male class. He was the crowd favorite. 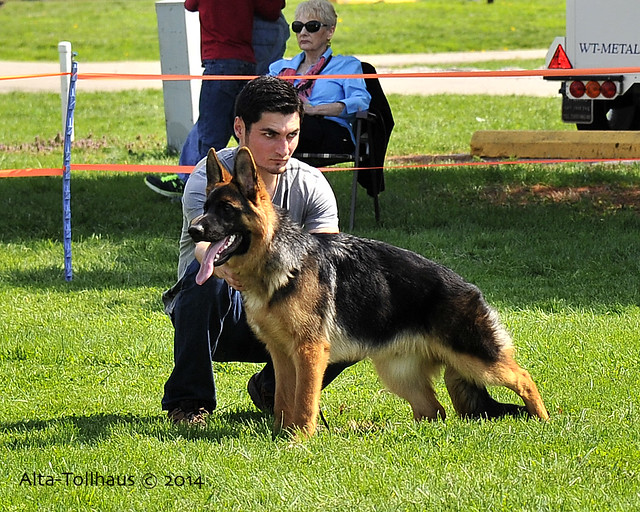 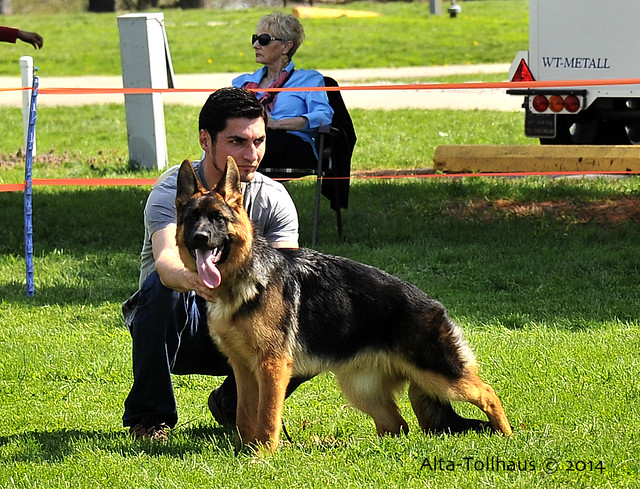 Carin and Tim with Bello on the podiym: 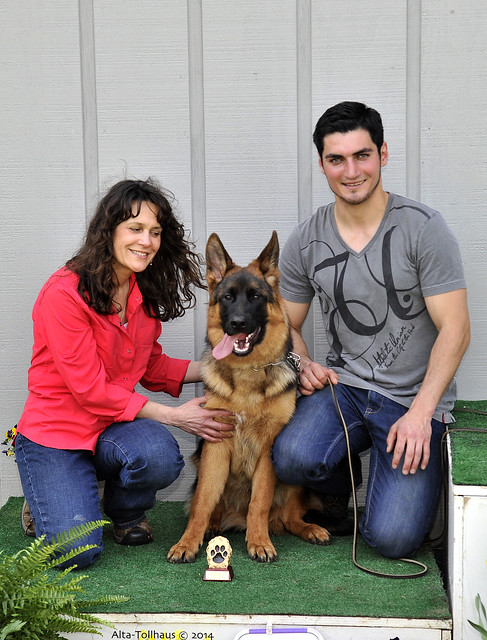 The oldest in the class was Gage (G-litter Gavin x Hummel). This was also the debut show for Gage AND his owner Heather. Heather had never  attended a German Style show so it was all very overwhelming, and if her head wasn’t spinning from the commotion of the show it certainly was after the glowing judge’s critique Gage received.

Gage is being handled by Scott Langley: 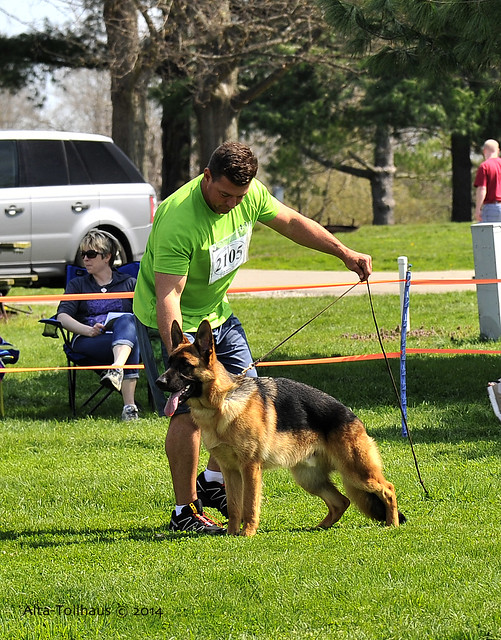 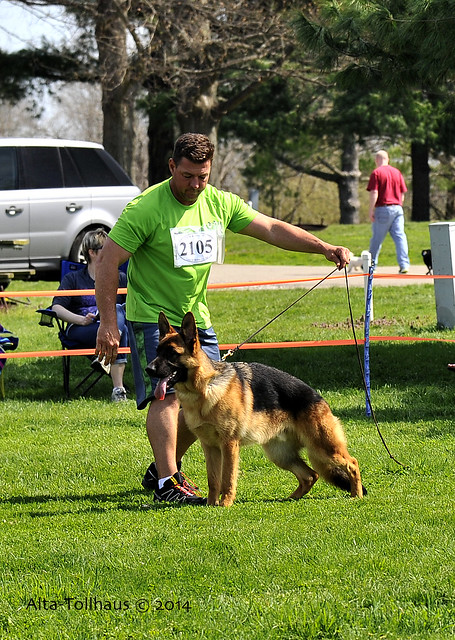 Gage and his momma Heather on the podium: 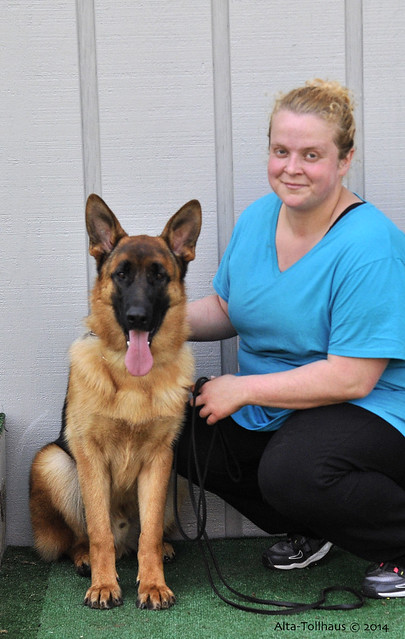 First time at a German style show sure can be very overwhelming…I remember ours!!!

Looks like a good day for all. More handsome boys.