Aiden at the PD 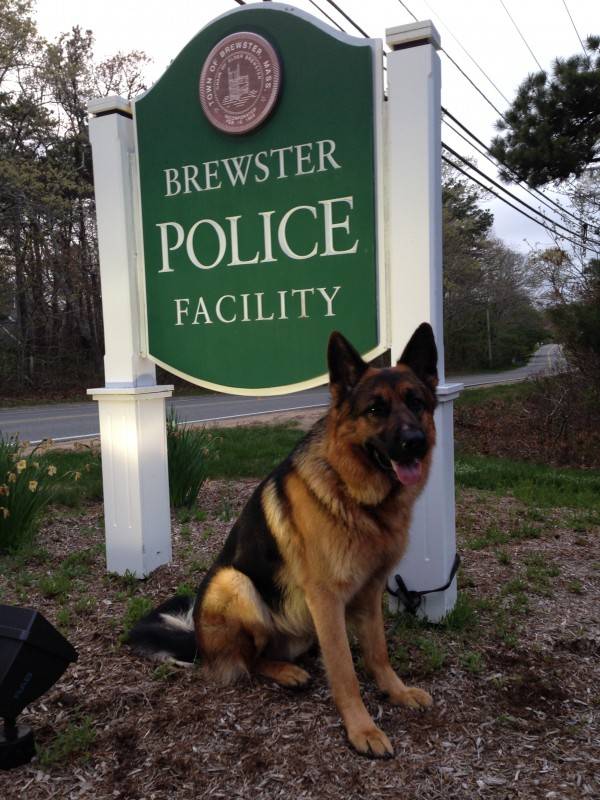 Each year the Brewster Police Department, along with most other Police Departments, hosts a Citizen’s Police Academy. The purpose of the CPA is to introduce the public to some of the inner workings and specialized units within a police department, such as SWAT, Dispatch, Bike Patrol and, ofcourse,  Animal Control. The class is for two hours one night a week for 12 weeks. Officers from each unit speak with the class for about an hour using various visual aides and equipment. Last night it was my turn to speak.

I use a power point presentation to explain my duties and the history of Animal Control. I also cover topics such as rabies, animal hoarding and disaster preparedness. In the past Dylan has accompanied me. This year I decided to take Aiden instead of Dylan.

As the class started to arrive Aiden greeted each one of them with a wagging tail. He was a perfect gentleman. As I was being introduced by the Lieutenant I placed Aiden in a down facing the class. He did not move until I told him to stand so that I could demonstrate scanning for a microchip and the best way to approach a dog.  When my presentation ended there was a break period before the next speaker.  Many in the class wanted to know what kind of training I do with Aiden. I explained IPO and how he just got his IPO1. I also told them he is competing in agility. There were a lot of positive comments on his color and temperament. 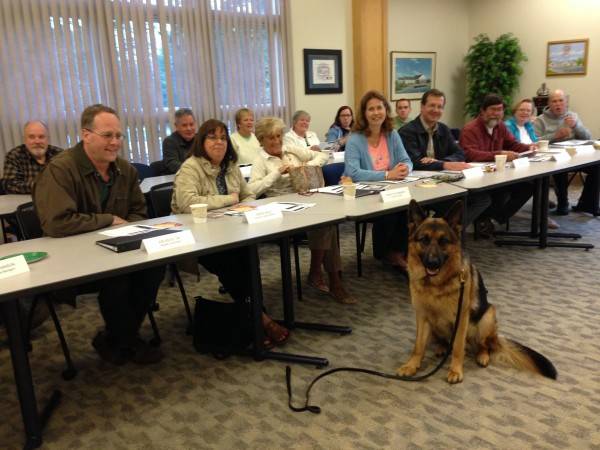 Aiden is such a wonderful dog! I am always amazed at how many varied things this boy can do. The CPA sounds very interesting — and a great idea.

I agree. The CPA sounds interesting especially your talk.

Wonderful PR for the breed. Yeah Aiden the wonder dog!

When I first read the post, I thought maybe Aiden had been arrested for teenage hijinks-LOL He looks like he is taking this new activity in stride.