Today was day two (shows 3 and 4) of the United Kennel Club Dog Show in Westfield, MA. Aiden was again the only male GSD and the same two 6 month old females from yesterday were also entered. In the first show Aiden won Best Male and the sable female won Best Female and then beat Aiden for Best of Breed. 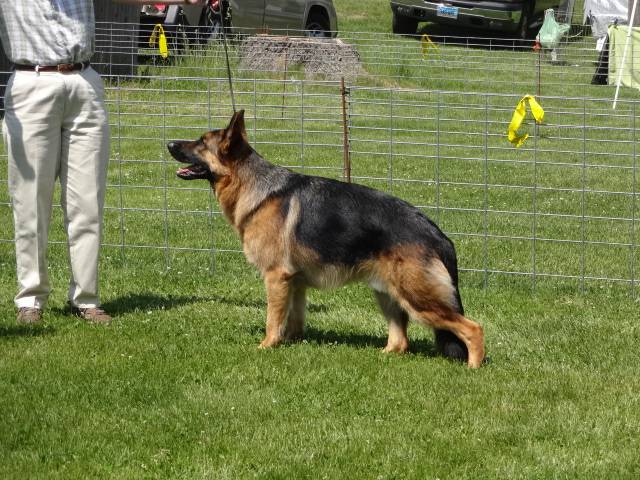 It was still very hot today and we did our best to keep the boys comfortable and cool. 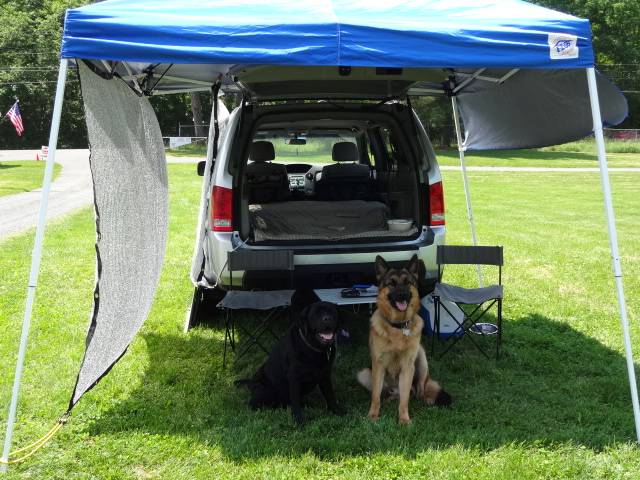 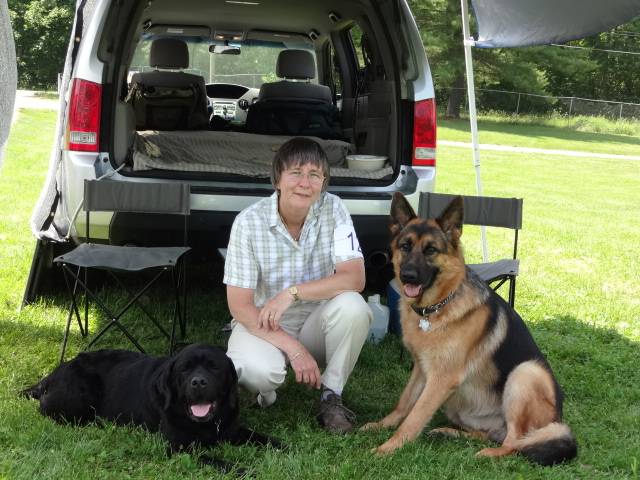 In the afternoon show it came down to Aiden and the same sable female again. Aiden beat the female this time for his third “win with competition” for his United Kennel Club Championship. 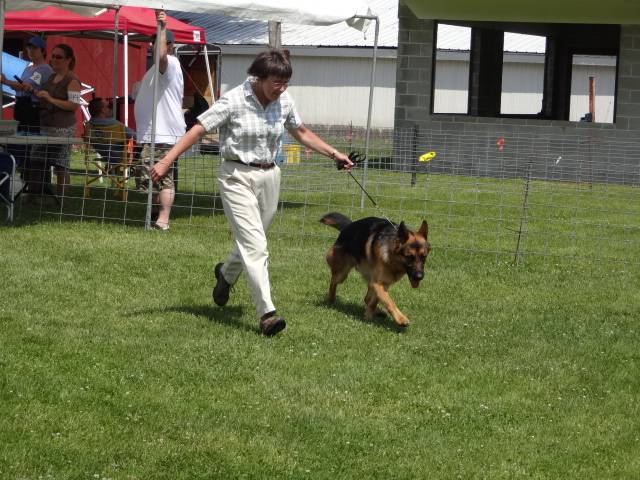 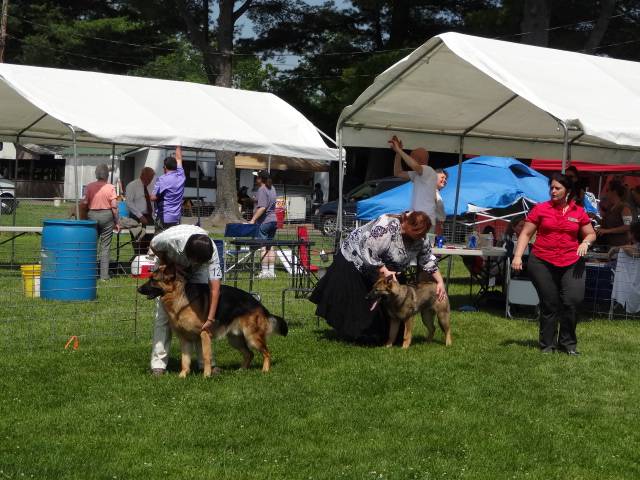 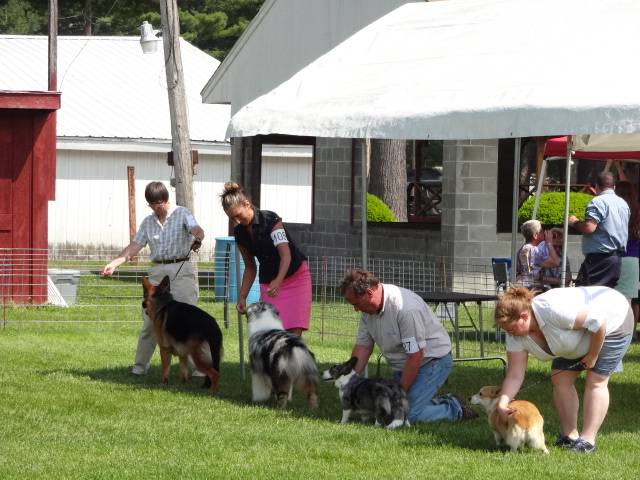 Aiden and I with the judge from the fourth show with Aiden’s Championship ribbons. 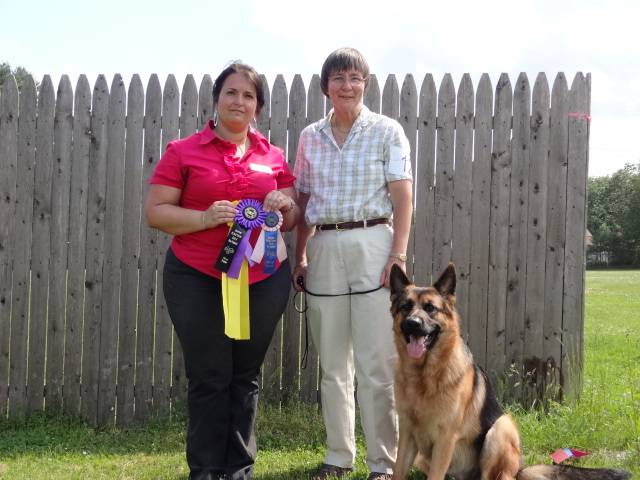 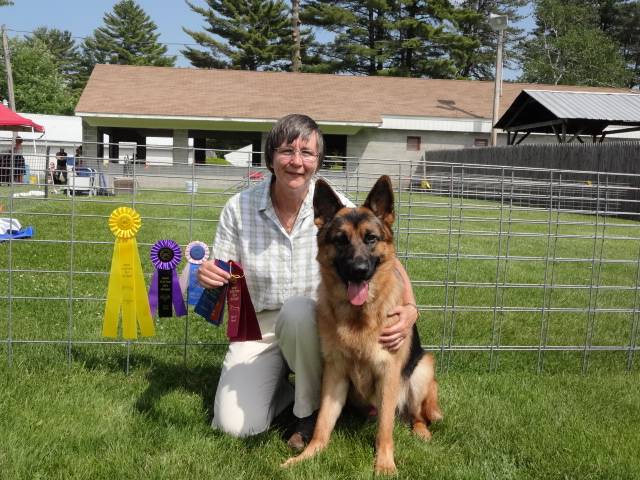 Another new title for the Aiden boy!

Congrats! My friend co-owns the sable female. Glad both my friends had a great weekend 🙂

Great job Aiden! He looks wonderful – and so do you and Dylan.