It was a very good year

Each year the Cape Cod Kennel Club recognizes new titles earned by member’s dogs from December 1 to November 30 of that year. Although the CCKC is affiliated with the AKC, the club acknowledges all new titles regardless of the venue where they were earned and provides a plaque with the titles listed.

“Alta-Tollhaus Ivan is a 2 year old male German Shepherd Dog owned and loved by Jack and Lynda. In February, at just over a year old, Ivan earned his Companion Dog Title (CD)  in three consecutive trials. In March he competed in the Carolina German Shepherd Working Dog Club show in North Carolina and placed 1st earning his SG1 rating.  A week later Ivan was entered in the Bahamas Kennel Club International Dog Show & Obedience Trial where he earned his Bahamian Championship and Bahamian Companion Dog (Bah. CD) and Bahamian Rally Novice (Bah. RN) Titles. In September Ivan earned his AKC Rally Advanced Title (RA), again in three consecutive trials, one with a perfect score of 100! The following week Ivan competed in and passed the Begleithundprufung (BH). In October Ivan competed in the North American Sieger Show in Virginia where he earned SG9″. 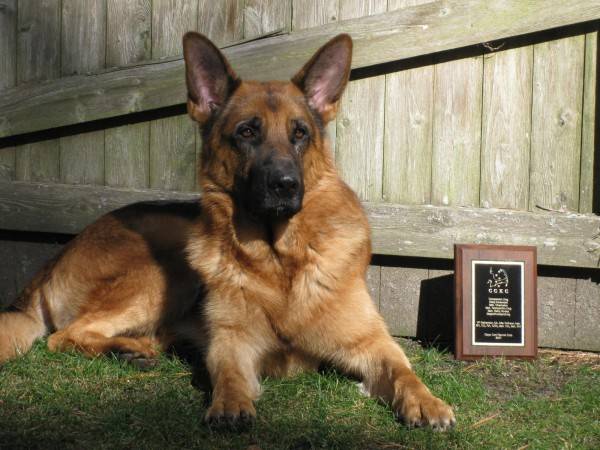 The following was read about Dylan 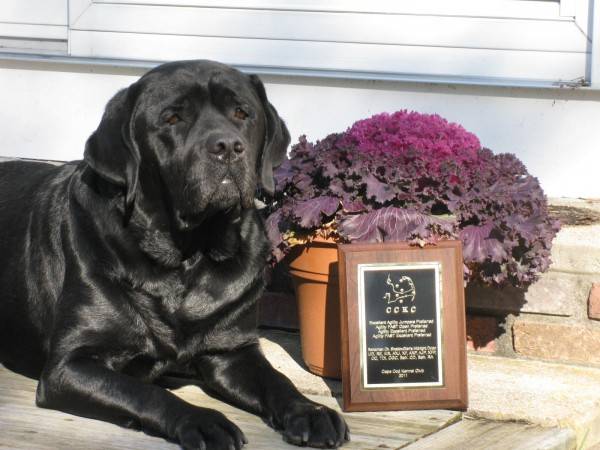 Two breathtaking photos! This photo of Ivan is my most favorite EVER!!

My sincere congratulation on your accomplishments with both your boys. Lynda, you are a breeder’s dream come true. Thank you & Jack for being a part of our family.

yep…no complaints here. 🙂 I am bursting with pride with all that Lynda and Jack have done in such a short time. In fact raising my first puppy in over 2 years, I plan to contact Lynda to get her puppy raising advice and tips. Obviously she has done a great job.

Nothing short of WOW! I would love to meet Lynda, Ivan and Dylan some day. I agree with everything Carole said. Stunning photographs of gorgeous boys! Your dedication speaks volumes with all you have accomplished. Congratulations to all of you ~ j.

Lynda, the photos and accomplishments of your handsome boys have captured my attention from the first time I joined the AT blog. You and Jack are such an inspiration to us all. Thank you so much for sharing these special moments of your lives. You have achieved such a beautiful balance between free-wheeling fun and disciplined accomplishment.

Excellent job for both of them and all your dedication to the sports Jack and Lynda. Any more titles and they will have to either get a bigger plaque or start writing in short hand on them.
You won’t meet anyone nicer than this family. We see them once a yr so far at NASS and we look forward to it each yr. I wish we could see them more often. I have not had the opportunity to meet Dylan yet but I am sure he is just as special as Ivan is. Both are gorgeous.
Congrats to all of you!

I agree Karen, I would like to see Jack and Lynda more often too.

Wish we could see you guys more often too!
Hope you are feeling well Karen.
Thanks for all your comments.

I love these dogs! Thank you, Lynda and Jack. Best Doggie Duo of all time, ever.

Wow!!! What great accomplishments for all of you!! Awesome photos, too!! I started rally and obedience with Roman this year, so I truly respect all of the hard work you’ve done!

Lynda, Jack, Ivan, & Dylan – Congratulations!
We want to be like you when we grow up!
Your secret admirers, U-Rock, Lindy, & Orly…

Congratulations Lynda, Jack, Dylan and Ivan and a HUGE hug to all! You guys really are the best! What a banquet that must have been. You know, I don’t think your guys ever take a bad photograph.

What great dog parents you are, you could tell how loved and taken care of they are, in return , Ivan and Dylan gives you their best.

BTW, do you have a special room for all the awards?

These two dogs take my breath away! Simply gorgeous.

Many thanks to everyone for your kind comments about “the boys”!

Congratulations!!! What an awesome year…you guys do such an amazing job. Thank you for being such an inspiration! So happy to see Dylan looking well….he is my favorite (black) lab:)