I photographed a “C” Course Herding Clinic recently. AKC’s “C” Course is a smaller version of the SV’s HGH course, so it is well suited for GSDs and other tending-herding breeds. There were eight dogs that participated—each at a different level of training. These are pictures of Russell Wall’s female, Demi. Demi was more advanced than the other dogs, and a pleasure to watch with the sheep. Even dogs that were inexperienced “got it” by the second session. 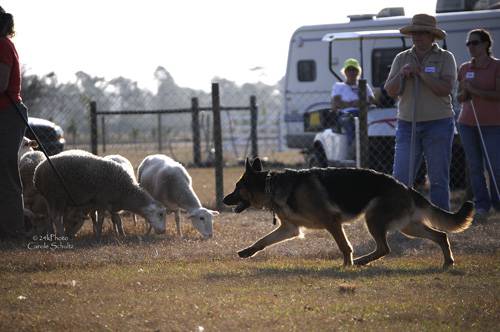 The dog’s job is to keep the sheep on the graze. Notice where the sheep are eating is taller grass than where Demi is trotting. The edge of that tall grass is the “border.” Demi will not cross over that border unless instructed to do so by Russ. 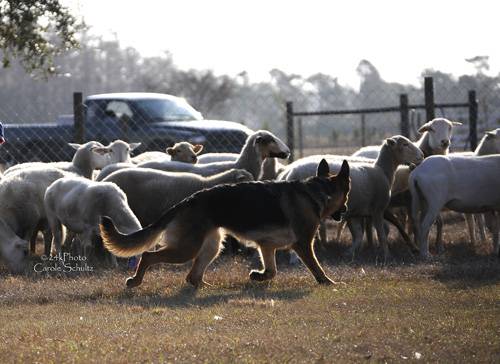 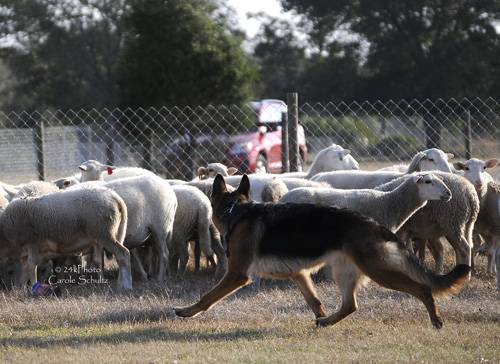 Demi is receiving no instruction from Russ. The sheep are grazing and her only job right now is to tend to the sheep. The sheep should not stray or try to leave the grazing area. 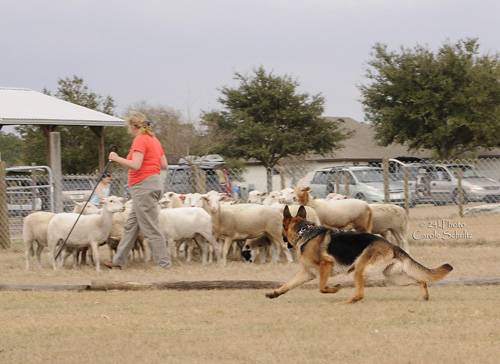 After Demi’s session, landscape timbers were brought in for the more inexperienced dogs so that it would help them identify the border. This is the beginning of Demi’s afternoon session. 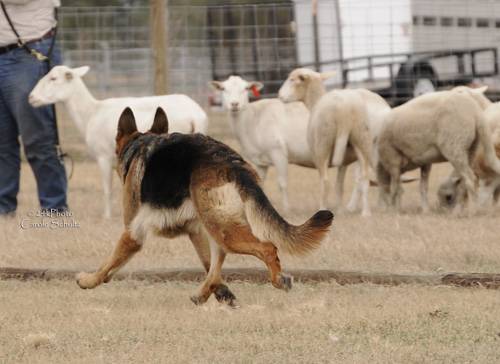 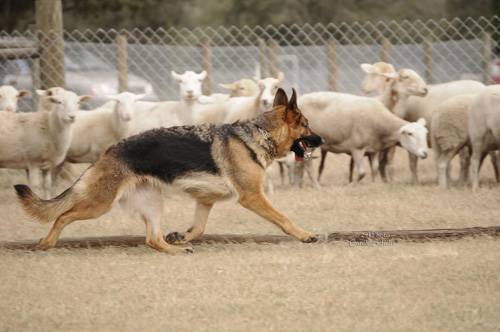 A whole new meaning to the term Border Patrol! 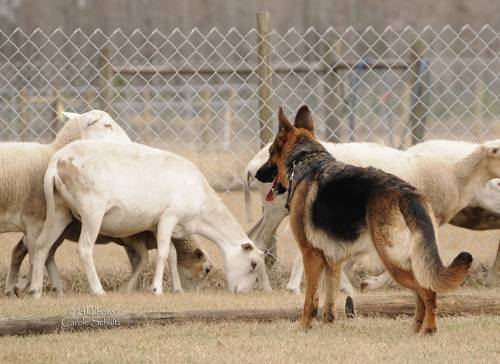 I’ll post some photos of the other participants later…

Americans just do not know how to dress properly for herding! Where are the Shepherd hats, coats, boots, etc?

Lovely job with the back-lit photos!

Jennifer, this happened to be all GSDs. However, the lady who owns the property does have Shelties. If I am there while the Shelties are herding, I will be sure to get photos.

You’re right, Julie. No fancy outfits in this bunch.

I would love to see Shelties herding!!!! 🙂